Phil Romano Looks to the Future of Trinity Groves 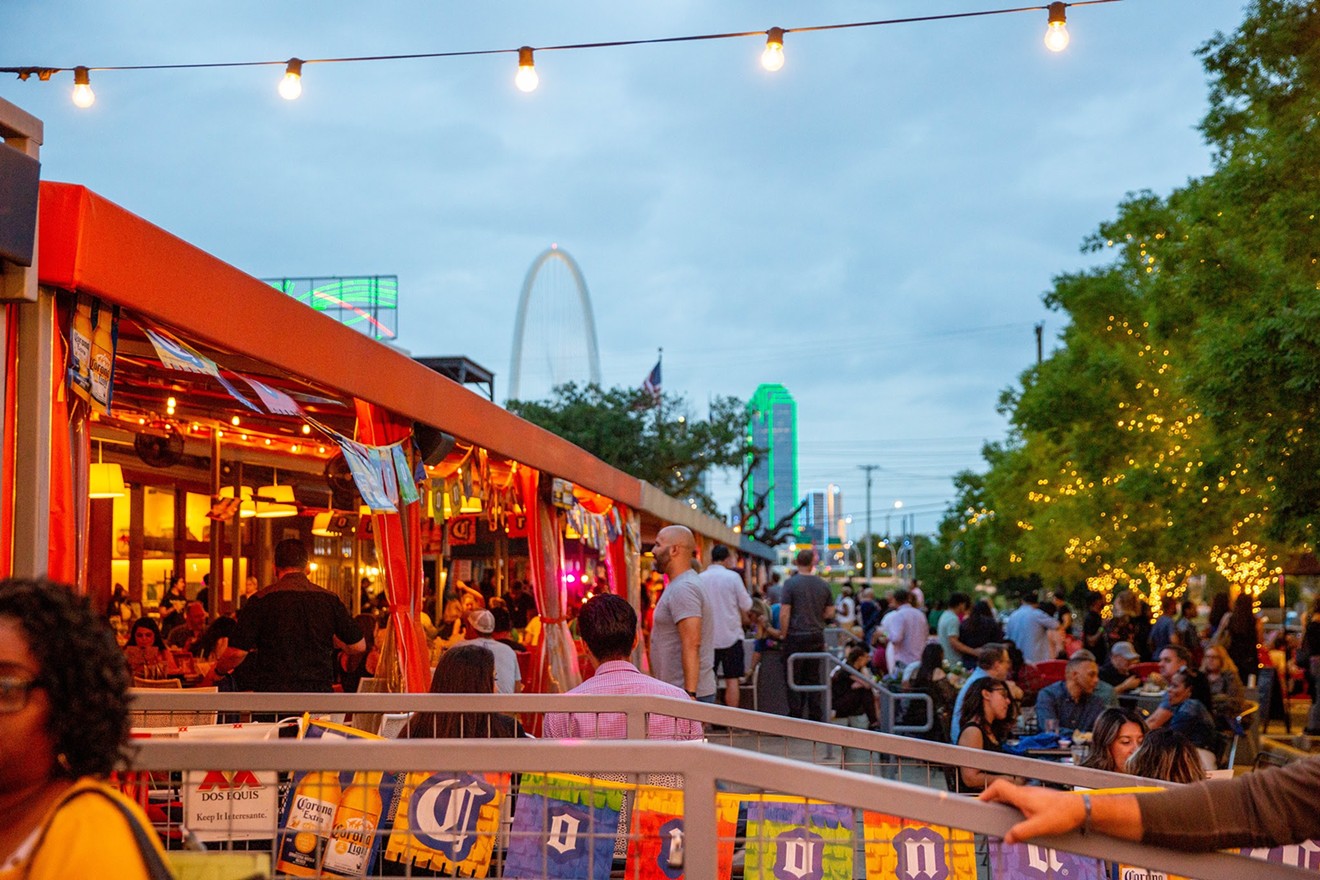 Trinity Groves, pictured way back when: More restaurants were open and we didn't yet have the coronavirus pandemic sweeping through Dallas. courtesy of Trinity Groves
A year ago, Trinity Groves — like nearly everywhere else — looked different. Sure, businesses at this "restaurant incubator" faded as they couldn’t make it work, but the coronavirus has had its impact here, and more spots at the development in West Dallas are quiet.

All of that space was previously meant for the little guys who needed support and financial backing. Now, the future is only for Phil Romano's restaurants.

“We started off by incubating different concepts. These were concepts for the young people, OK? If we liked it, we’d have them, put all the money up and capital, and there’s no guarantees in the lease, so they can leave any time they want to,” Romano says. “… These are young people, and they’re pretty good. They’d listen to us, whatever, but the fact that they can walk away any time they want to gives them the advantage of leaving.”

And, clearly, some did. Kitchen LTO went off to open a location elsewhere. Others shut down (before the pandemic), such as LUCK.

While there’s been plenty of news of places closing, such as Amberjax Fish Market Grill, Off-Site Kitchen and the Hall Bar and Grill, Trinity Groves representative Ariana Hajibashi insists all of them could be temporary, depending on the final toll from the coronavirus.

Previously when a tenant left, a new one would come in.

“Now it was going pretty good, then this COVID comes along. They were losing money, [and] we’re not in business to keep giving them money ... if they can’t keep it going, that’s their problem. They need to get the money someplace else. And they walk away,” Romano says. “We’re still going to be an incubator. We’re going to incubate our own concepts.”

Some of those are already going: Romano opened Sum Dang Good Chinese and Holy Crust within the last four months, and he says they’re going well. Both offer food that’s good for takeout. “People are liking to eat at home, stay at home … I think that will be short-lived; people will want to go out,” Romano says.

For Kate Weiser, her relationship with Trinity Groves was a game-changer.

“There's no way I could’ve anticipated being that busy from the get-go and having that much demand; for the first six months we couldn’t keep the production up,” she says. “I honestly would not have opened up my own company without Trinity Groves. I think I needed that support.”

“Trinity Groves has been a godsend. I’ve learned a lot about the business, my brand has grown,” she says. “… You don’t know what you don’t know, Trinity Groves could help you through all of that. If I was having to do all these little things, … I wouldn’t be able to create. At Trinity Groves, you can create. You have to do your own stuff, you have to learn payroll; they’re there to help guide you.”

They may still help German, but no one else is on the table for now.

“There were some good concepts and good people and some not-so-good concepts and not-so-good people,” German says. “I think Phil, when he first started out, he was very very generous with taking on new ideas. … I don’t think incubators should go away completely. I think if Phil met the right person or concept, he would invest in them.”

But that may be a while. Even when asked if he would consider accepting a tenant who had all the financial backing, an established restaurant, etc., Romano said no.

“That’s not what we’re doing right now,” he says. “We want to control what happens there. Right now we’re creating our own concepts; I think we’re going to keep doing that right now.

He says he has one more coming up, with news to be released soon. 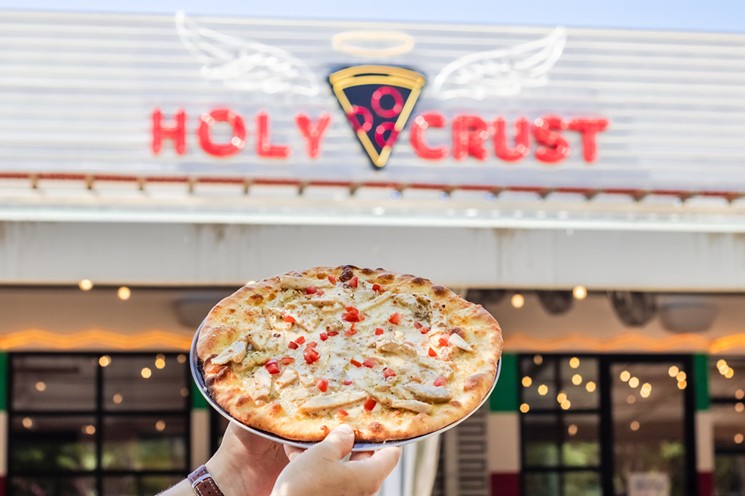 Toppings are sauteed before getting baked with the pizza crusts at Holy Crust.
courtesy of Holy Crust
Also on the horizon is expanding Trinity Groves’ footprint in West Dallas.

“We’re going to expand Trinity Groves itself. … We’re past our speed; I’m not a developer, nor is anyone else I’m in partnership with. We want to find a partner in the development business. We’re talking to them. We’re looking at bringing them in and growing it,” he says. “We got all the plans; we haven’t made up a master plan, developers come in and have their own plan.”

Even if it takes a while for that developer to officially become part of the team, there’s one thing Romano is confident of: Patrons are needed at Trinity Groves.

“Trinity Groves is always going to be encouraging new ideas and concepts that will take off,” he says. “People want to go out; they’re tired of staying home and want to go out and see people, be with people … When people start going out, it will make a difference.”
KEEP THE DALLAS OBSERVER FREE... Since we started the Dallas Observer, it has been defined as the free, independent voice of Dallas, and we'd like to keep it that way. With local media under siege, it's more important than ever for us to rally support behind funding our local journalism. You can help by participating in our "I Support" program, allowing us to keep offering readers access to our incisive coverage of local news, food and culture with no paywalls.
Make a one-time donation today for as little as $1.