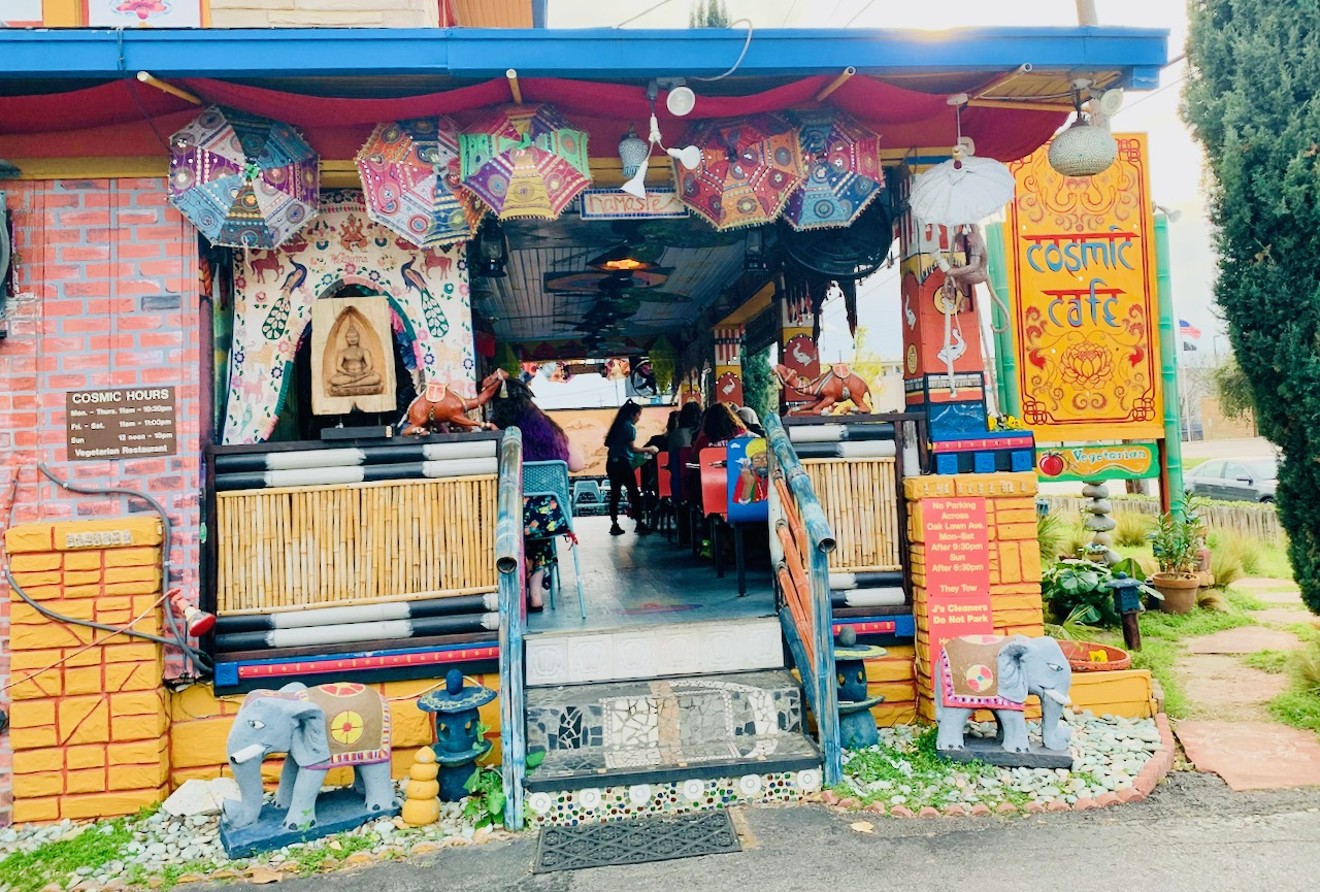 CultureMap reported earlier this week that the Cosmic Café is closing.

For about a quarter of a century, Cosmic Café on Oak Lawn Avenue was a vegetarian mainstay with a relaxed vibe. Meals were more than just nourishment for your stomach; they were a refresher for both mind and body.

The restaurant and meditation space was started casually over a cup of chai between Praveen Sachdev and Kumar Pallana, as detailed in a story we ran several years ago as part of a series that looked at beloved and longstanding North Texas restaurants. Longtime customers will for certain line up this weekend to enjoy their final favorite dishes at Cosmic Cafe.
Beth Rankin
Pallana bequeathed the space to Sachdev after he decided to go to Hollywood to pursue an acting career, as he appeared in several Wes Anderson movies including Bottle Rocket, which was filmed in Dallas, The Royal Tenenbaums and Rushmore. Sachdev took over the restaurant after Pallana’s career took off.

With a menu of Indian and vegetarian dishes, the funky restaurant, with its famously intricate, overabundant decor, has thrived for decades. It remained a pocket of calmness, art and reflection, even as Uptown exploded around it.

Sachdev taught mediation upstairs at the restaurant, while downstairs they served simple vegetarian dishes at modest prices. A few years ago we asked Sachdev if he ever felt pressure to acclimate to the rapidly changing Uptown environment and he laughed at the question and said he missed hippies.

CultureMap reports that Sachdev is closing the restaurant as he has his “own little dream to smell the roses.” The restaurant will serve its final meal Sunday and after that the space will be a donation-based yoga studio.
KEEP THE DALLAS OBSERVER FREE... Since we started the Dallas Observer, it has been defined as the free, independent voice of Dallas, and we'd like to keep it that way. With local media under siege, it's more important than ever for us to rally support behind funding our local journalism. You can help by participating in our "I Support" program, allowing us to keep offering readers access to our incisive coverage of local news, food and culture with no paywalls.
Make a one-time donation today for as little as $1.