Drinking in Weird Places: Part I Chef Point Cafe
courtesy Chef Point Cafe
People say Dallas has no history, but our bars sure as hell do. The history of some of our bars is intriguing, but some of the buildings we think are just watering holes are just downright weird, and even creepy in some cases.

We've seen bars in former gas stations or theaters, but we did a little digging and have a batch of the weirdest spaces where you can now have a drink. Some of these spaces are even said to offer spirits with a side of a spirit. Since we found so many places with great stories, we broke this series up and will continue to write about other intriguing spaces where you can share a drink with friends.

In 2003, this operational gas station became the home of the cafe offering five-star dining and the first over-the-top bloody mary in the Dallas-Fort Worth area. So you can fill up on unleaded and a little ABV here. 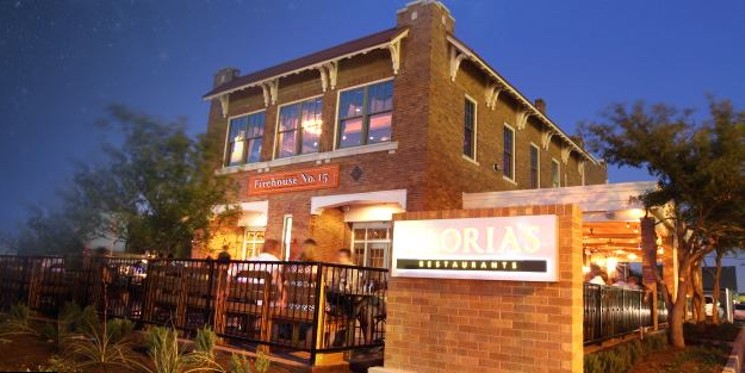 Gloria's originally opened in a former gas station but has since closed its doors. But not to worry, one of the outposts of this Latin restaurant opened just down the street from the original in a former fire station, Fire Station No. 15 adjacent to the Bishop Arts District. The only fires they'll be putting out here, now, will be from their spicy fare.

While the building that The Canvas Hotel (formerly NYLO Southside) occupies has been completely reinvented as a 76-room hotel with a bar atop. Learning that the building was formerly a coffin factory built in 1911 casts a slight shadow on the upbeat music in the lobby. They kept the original brick and wood windows, a look that's a stark contrast to the modern art inside.

Sitting on either side of the concrete bar at Bolsa, you'll notice the windows are almost all overhead doors. No, they aren't being trendy; the building is a former garage. It's housed in one of the many garages along Davis Street that date back to when Davis was brick-paved and called U.S. Route 80 and have been converted by Good Space for commercial use. This outdoor beer garden has an even more intriguing past than patrons may think. The building itself dates to 1935 and was built when Henry Ford himself wanted to establish a presence in the downtown Dallas area for his automotive business complete with a Ford showroom and parts shop. According to one of Dot's partners, Brian Milburn, "It has been incredible occupying a space with this history. We did a lot of Ford research building this place out, and we even found some parts, including a Model T trunk, headlights and radiator caps while clearing out the space!" We didn't say everything was historical ... just weird. The space this fancy dive bar occupies was formerly a questionable sort of night club, which explains why there's a stripper pole fireman's pole in the bar to this day. Sometimes it's better just not to ask.

Taking up the ground floor and basement of the Republic National Bank that was built in 1931, this sports bar knows it has something unique. And by that, we mean they have a ghost. (We're curious how the spirit feels about their basement bar, The Underground, featuring burlesque dancers.) If you're in the mood for a few ghost stories, just ask one of the servers that works at night.


This new bar will open in the spring in a 62-year-old gas station as the third bar brought to us by the owners of Double Wide and Single Wide. Formerly Bowls and Tacos, the space feels retro, and, according to a press release, the "bar concept will have signature vintage gas station vibes since the building used to originally house the beloved family-owned and community-fed service station, Riegel’s."

3400 Commerce St. (Deep Ellum)
KEEP THE DALLAS OBSERVER FREE... Since we started the Dallas Observer, it has been defined as the free, independent voice of Dallas, and we'd like to keep it that way. With local media under siege, it's more important than ever for us to rally support behind funding our local journalism. You can help by participating in our "I Support" program, allowing us to keep offering readers access to our incisive coverage of local news, food and culture with no paywalls.
Make a one-time donation today for as little as $1.
Susie Oszustowicz
Contact: Susie Oszustowicz