Chef Joshua Farrell Wants to Talk About the V Word 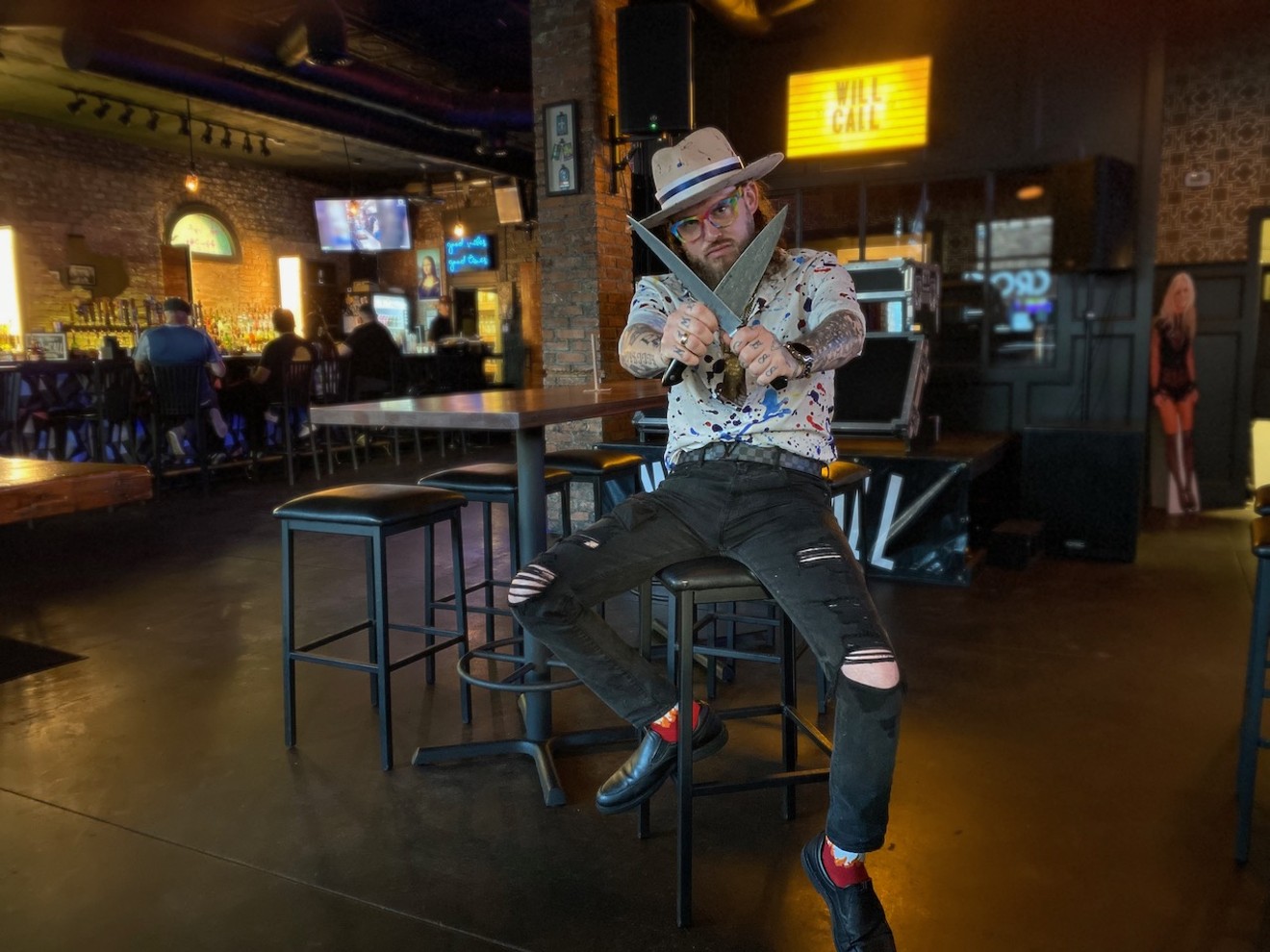 V is for vasectomy. Chef Joshua Farrell is an advocate for the snip. Lauren Drewes Daniels
Last week chef Joshua Farrell posted a question on Facebook asking "boys" about their tubes. Amidst a fury of dialogues — and panic attacks — about women's bodies, turning the tables on the other sex, particularly the part men play in reproduction, seems to be a missing link.

"I think it's super important right now to start spreading awareness," Farrell says while sitting in a booth at Will Call in Deep Ellum, where he's the chef.

Farrell says his mom, aunts and cousins were the starting point for his advocacy on the issue of vasectomies, adding that he was "raised in a sea of estrogen." His mom played the role of both his mom and dad.

"I started the conversation about a year ago within my industry, and I noticed anytime I brought up the word 'vasectomy' my friends would say, 'Have you had one? Do you know where to go? Do you know much is it?' And they don’t know! I’ve seen a lack of awareness, which is mind-boggling to me since ... there's hellfire behind some of these topics," Farrell says.
After the recent leak of a Supreme Court draft indicating Roe v. Wade will be overturned, the topic of vasectomies has been on the rise. Innerbody Research found that searches for the term "vasectomy" doubled from 6,033 per day from March 6 to April 2, to 12,000 per day May 1 to 7.

“Vasectomies are one of many highly effective birth control options nowadays," CEO and co-founder of Innerbody Research Eric Rodriguez says. "If you don’t have sperm entering your semen, the likelihood of pregnancy drops off significantly. With a 99% effectiveness rate and being fully reversible, vasectomies are a safe option for males looking for a birth control method.”

While a ruling hasn’t been handed down yet, if the Supreme Court does decide to overturn Roe v. Wade, abortion would automatically become illegal in 13 states and severely restricted in more than a dozen others. In Texas, while abortion is technically legal for up to six weeks, Senate Bill 8 put a bounty on any person proved to be involved in an illegal abortion.

"I feel like there's a need to spread this awareness, so what I'm doing right now, is what I can do, which is literally bending the ear of anyone who is willing to hear me out," Farrell says.

He's working on organizing an event hosted by men in the local food and restaurant industry to join together to bring more attention to the topic of vasectomies, perhaps with a side of barbecue.

"The whole topic of reproductive rights is such a fiery one, and I see one direction right here with boys supporting women and being proactive in sharing the burden of contraceptives. I see a gap there that needs to be filled with awareness and education," Farrell says.

According to Penn Medicine, after abstinence, vasectomies are the most effective form of birth control, with a success rate of over 99% in preventing unwanted pregnancy.

"The whole topic of reproductive rights is such a fiery one, and I see one direction right here with boys supporting women and being proactive in sharing the burden of contraceptives. I see a gap there that needs to be filled with awareness and education," - Joshua Farrell

Farrell also wants people to simply talk more about the effects contraception like birth control pills have on women and to encourage partners to "step up in their relationship" by talking to each about their experiences. A face-to-face conversation with his partner opened a whole new door of understanding for him.

"Dudes don't know about it," Farrell says. "I think it would be really cool to have a whole part of this conversation just very simply be about how women have been affected by contraceptives."

He doesn't have the specifics for the event just yet, but is aiming to do something this summer, which will be full of dad vibes, conversations about vasectomies, birth control and perhaps some really good food.

"If there’s somebody in this industry that doesn’t have insurance and really wants to be proactive and share this burden that a lot of people aren’t — if I could make a difference to make that happen for just one person, then I’ve done my part," Farrell says.
KEEP THE DALLAS OBSERVER FREE... Since we started the Dallas Observer, it has been defined as the free, independent voice of Dallas, and we'd like to keep it that way. With local media under siege, it's more important than ever for us to rally support behind funding our local journalism. You can help by participating in our "I Support" program, allowing us to keep offering readers access to our incisive coverage of local news, food and culture with no paywalls.
Make a one-time donation today for as little as $1.