New Vegan Restaurant, Project Pollo, Aims to Put Chick-fil-A Out of Business by 2030 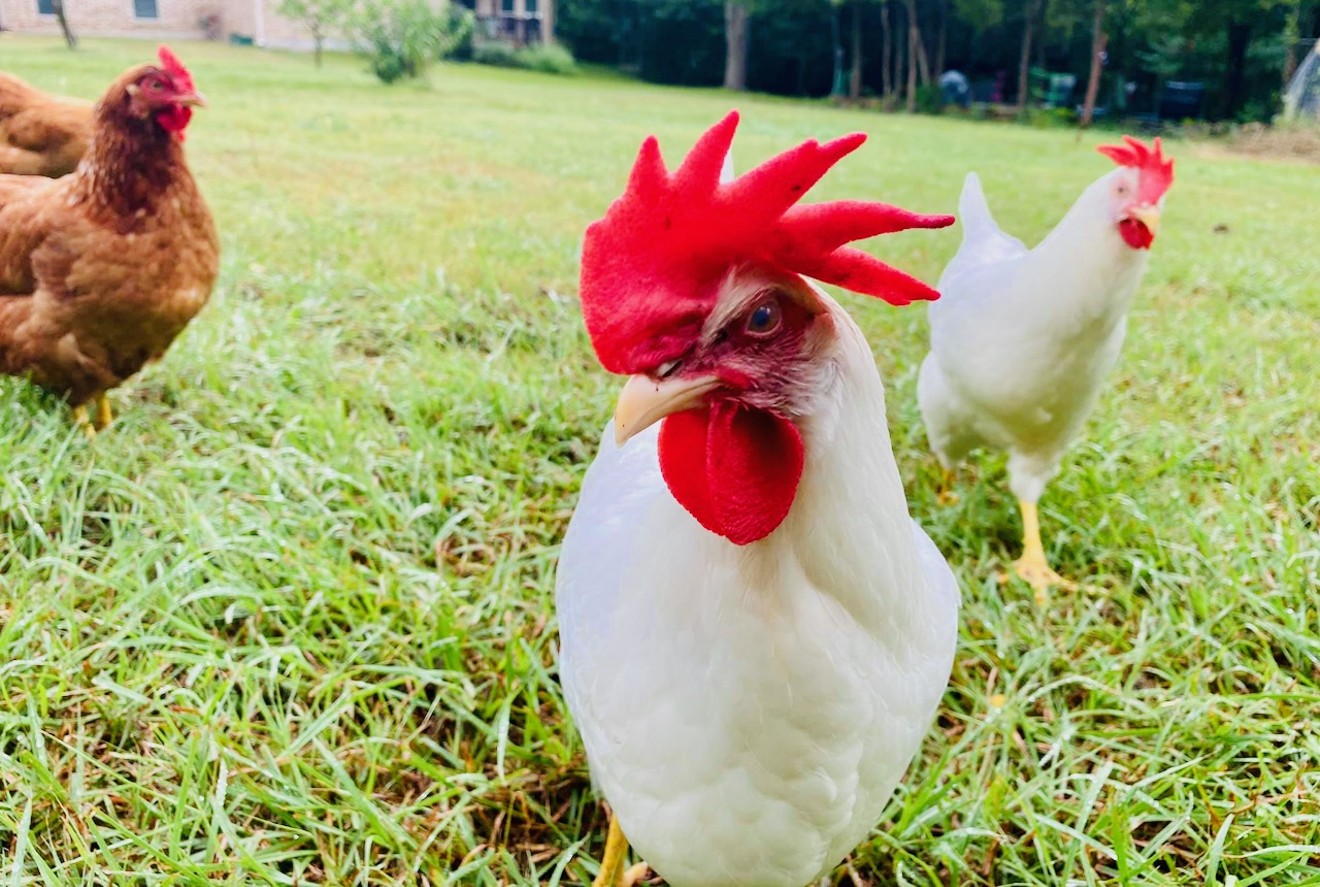 Project Pollo isn't cluckin' around about saving chickens. Dori Berg
Late last week the Dallas Business Journal reported that Project Pollo, a fried vegan “chicken” sandwich restaurant, is slated to open a new spot along Greenville Avenue soon. The San Antonio company sees plant-based food as “inevitably the future" of mass consumption and aims to put one of its stores on every corner.

Project Pollo started out as a food truck in 2020. Founder Lucas Bradbury told the San Antonio Current earlier this year his goal is to have 20 to 25 locations throughout Texas by 2022 and 100 locations by 2025. His big end goal, or “project,” is to put Chick-fil-A out of business by 2030.

The pollo here is a soy-based chicken substitute that can be either fried or grilled. Fan favorites include the Spicy Project, their signature breaded Chikn covered in spicy garlic buffalo sauce, house ranch and pickled jalapeños ($7).

Vegan mozzarella sticks? Yep. Made with Rooted Vegan Cuisine, a frozen food company based in San Antonio. They also have Oatly-based soft serve shakes topped with oat milk whipped cream, which can also be ordered gluten-free.

Project Pollo is hiring for their soon-to-open Dallas location and the starting wage after training is $15 an hour. We'll keep you posted with a first look soon (hopefully).
KEEP THE DALLAS OBSERVER FREE... Since we started the Dallas Observer, it has been defined as the free, independent voice of Dallas, and we'd like to keep it that way. With local media under siege, it's more important than ever for us to rally support behind funding our local journalism. You can help by participating in our "I Support" program, allowing us to keep offering readers access to our incisive coverage of local news, food and culture with no paywalls.
Make a one-time donation today for as little as $1.