No Drinks on the Motherf***ing Plane: Southwest Flies Dry and American Goes Elitist 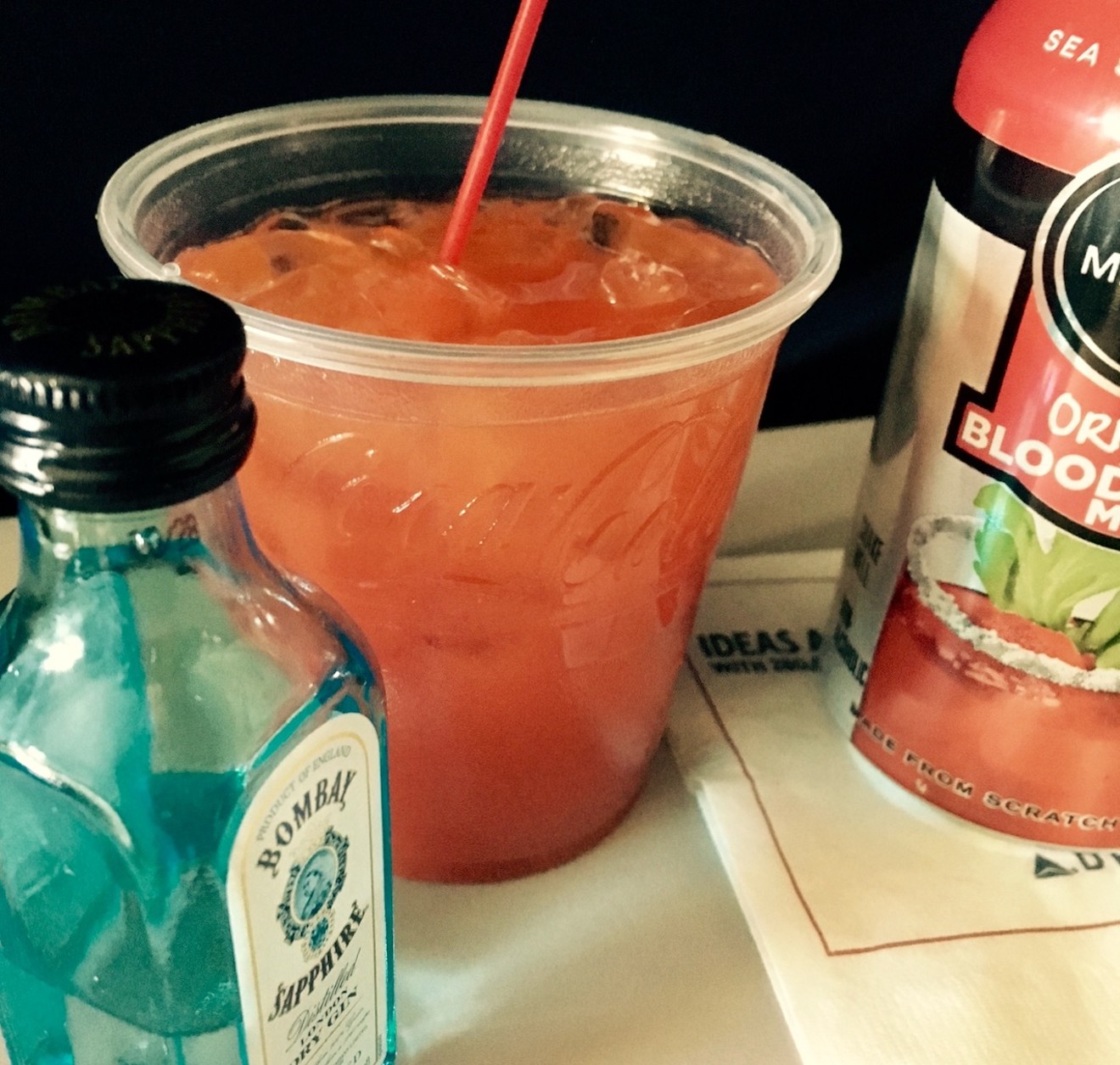 Does your vacation officially start like this? Sames. Amy Virden
Now that vaccines are being widely distributed, Americans are booking flights again. And many airlines are resuming business as usual, including allowing passengers to imbibe poured beverages of choice during flights. For many, the instant that bloody mary hits the tray table is when vacation officially starts. (By "many" we mean "parents.")

Except for Dallas’ very own Southwest Airlines. After a passenger — 28-year-old Vyvianna Quinonez, who is now facing felony battery charges — knocked out two front teeth of one of their flight attendants, the airline extended its pandemic policy of only serving water and soda.

In a statement to the Observer, Southwest confirmed that on flights over 250 miles, they serve water, Coke, Diet Coke, and 7 Up. Further, “At this time, liquor service is suspended indefinitely. As always, customers may bring non-alcoholic beverages to consume onboard.”

The Federal Aviation Administration reports that since Jan. 1 there have been approximately 2,500 reports of unruly passenger behavior including 1,900 reports of passengers refusing to wear masks.

Initially, Southwest was planning to reopen the mile-high bar to beer and wine on June 24. But after the incident in late May, it changed course.

This policy is painful, in part because airplanes can bring out the worst in humanity. Which some may say is exactly why we shouldn’t bring booze into the mix. But that very same reason is why calmer types — those who just sit in their seats, avoid all eye contact and have their headphones as loud as they’ll go — need a drink.

Regardless, if you wanna get away, here’s what you need to know:

It is actually legal to bring alcohol onto an airplane in containers of 3.4 ounces or less; you can get through security with that. However, drinking that booze on an airplane is not allowed. FAA regulations prohibit passengers from drinking alcohol on board the aircraft unless it is served by the air carrier.

A passenger on a JetBlue Airlines flight from Fort Lauderdale to Los Angeles was drinking their own booze, then talked on their cell phone during the flight. According to the FAA, the "Flight attendants notified the pilots about the passenger’s behavior, which distracted them from performing their duties." The passenger was fined $15,000.

No To-Go At Airports

And while Texas now allows booze to go, don’t even think about stepping foot on the plane with the margarita you poured in a to-go cup at a restaurant in the terminal. Alcohol can only be brought onboard in unopened packages.

The bars and restaurants in airport terminals aren’t under any type of restrictions, so you can preflight as much as you want. Keep in mind that an airline can refuse passenger boarding if they appear to be intoxicated or under the influence of drugs or alcohol. To be clear, Southwest's exact wording in their contract of carriage is "appearing to be intoxicated." That verb leaves a wide berth to keep anyone off a flight. One would be audacious to test them on that right now.

So, maybe you’re thinking, Well, forget that. I’m taking all my baggage and hopping over to American Airlines, where we’ll pass a bottle of tequila up and down the aisle. And if we pass a Southwest flight we’ll laugh at their sobriety.

Not in the main cabin you won’t.

“Starting May 1, American Airlines will reintroduce full beverage service in all domestic premium cabins,” states a news release from April 19 (appalled proletarian emphasis added). It goes on to explain that “later this summer” they’ll reintroduce alcoholic beverage options in the main cabin.

For now, it's booze for the swells in first-class, white knuckles for the poor soaks in coach. And they call it "American" Airlines.

Fun side note: On the Titanic, 39% of first-class passengers died; 76% of third-class.  Plus ça change, plus c'est la même chose.*

Allowing one class of passengers to drink in front of the others is actually worse than not allowing anyone. At least Southwest applies the same punishment to everyone.

In more sit-down-or-I'll-sit-down-FAA anecdotes, a first-class passenger on a JetBlue flight gave a glass of Champagne to a passenger in the main cabin. A flight attended noticed, picked it up and took it back to first-class. That didn't go over well. The captain had to divert the plane to land and the main cabin passenger, who assaulted the flight attendant, was removed from the aircraft and fined $15,000. For that much money, the passenger could have flown first-class. Almost.

Maybe just wait until you get to your destination.

*The more things change, the more they say the same."
KEEP THE DALLAS OBSERVER FREE... Since we started the Dallas Observer, it has been defined as the free, independent voice of Dallas, and we'd like to keep it that way. With local media under siege, it's more important than ever for us to rally support behind funding our local journalism. You can help by participating in our "I Support" program, allowing us to keep offering readers access to our incisive coverage of local news, food and culture with no paywalls.
Make a one-time donation today for as little as $1.