Derry and Nashville-native Hall share a similar trajectory in their career paths. Both are known for their Southern-inspired dishes and both were contestants and fan favorites on Top Chef; they appeared on Season 8, "All-Stars" (Hall won fan favorite that season). They were roomies while filming that season.

Interestingly, Hall wooed the judges with her crawfish gumbo on an episode of Top Chef, a dish for which Derry is also well known. We've called it the best in North Texas. 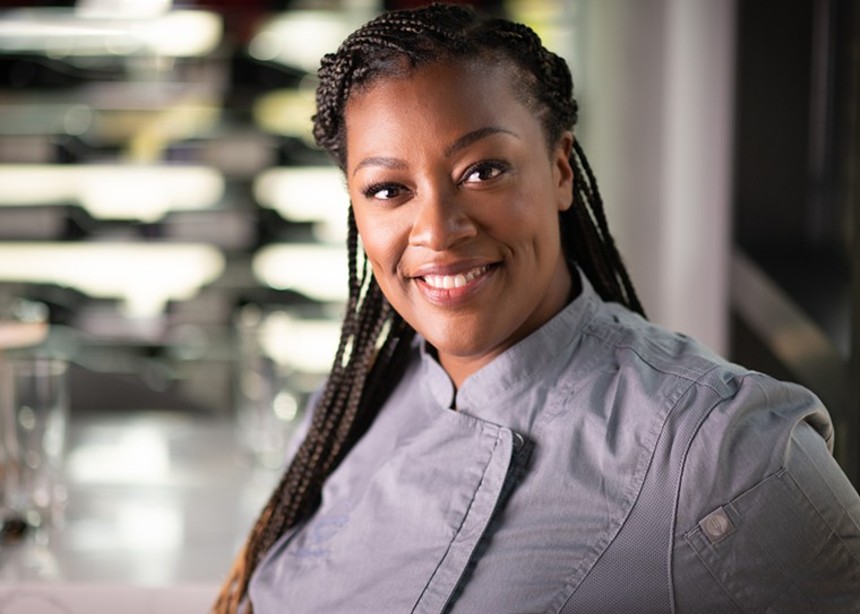 Chef Tiffany Derry.
Alison McLean
Hall also co-hosted ABC's award-winning series The Chew, and is currently featured on the Food Network as a judge on holiday baking shows, in which Derry also dabbles. Hall's cookbook, Carla Hall's Soul Food, was published in 2018, and a children's book, Carla and the Christmas Cornbread, came out in 2021.

Hall recently made a stop at UT Arlington's Maverick Speaker Series and apparently stayed in town to spend some time with Derry at Roots Southern Table.

The six-course meal will start with Southern Picnic Nosh and Carla's biscuits. The second course will be charred cabbage followed by grilled redfish, then turkey wing and dumplings. The fifth course will be Rosewood wagyu steak, and the final will be Punch Bowl Cake. Each course is paired with a beverage.

Dinner is at 6 p.m. Saturday, Oct. 8, and is $325 per person. Reservations are open.
KEEP THE DALLAS OBSERVER FREE... Since we started the Dallas Observer, it has been defined as the free, independent voice of Dallas, and we'd like to keep it that way. With local media under siege, it's more important than ever for us to rally support behind funding our local journalism. You can help by participating in our "I Support" program, allowing us to keep offering readers access to our incisive coverage of local news, food and culture with no paywalls.
Make a one-time donation today for as little as $1.