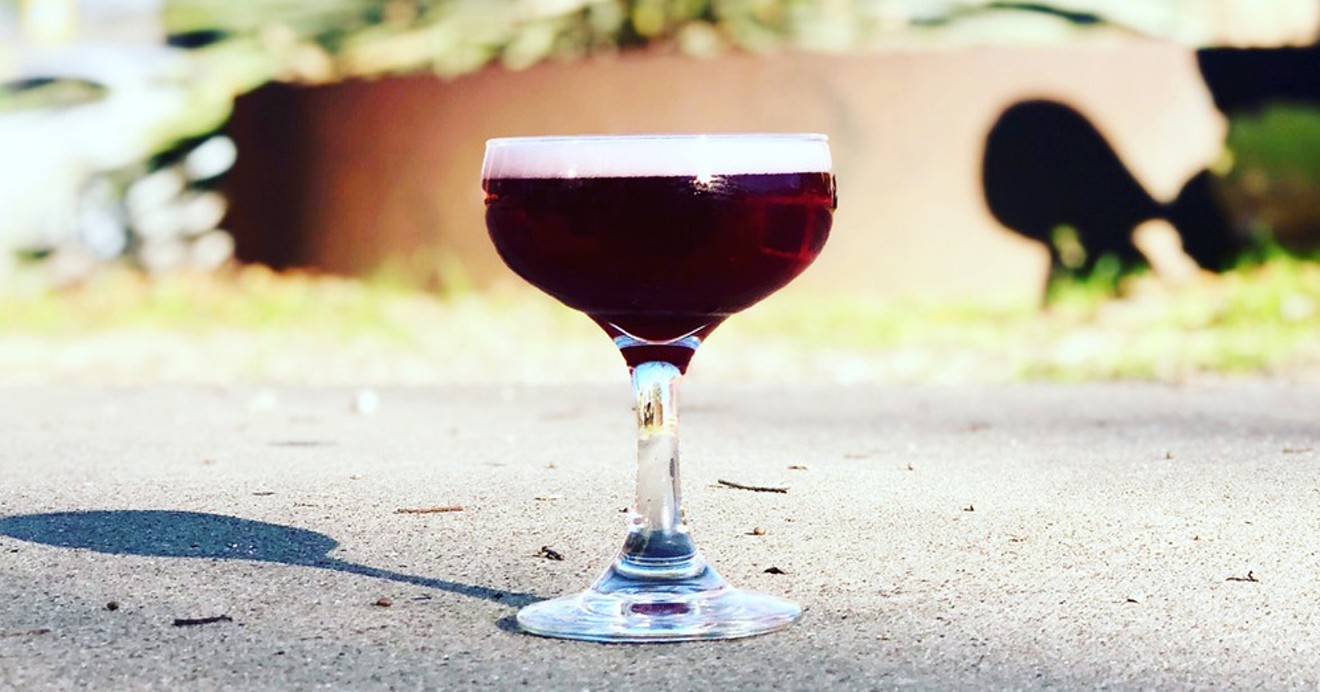 Why can't we just have our cocktails? Chris Henley
Gang, the docs came in from the to-go cocktail debacle, and I think the less I describe them, the more batshit insane they’ll look to you.

I got these late in the day April 9, and I’m still mad. Here’s everything I got about why restaurants were blocked from serving takeout cocktails in a crisis.

You’ll recall that the background here is that the Governor’s Office and the TABC appeared to be totally out of alignment about whether to allow restaurants to sell to-go cocktails mixed onsite or whether they would be limited to selling drinks in containers sealed by the manufacturers. Our previous coverage is here and here.

March 18, the executive director of the TABC, A. Bentley Nettles, sent a waiver request to the governor. It starts like this:

“I write to request a temporary suspension of certain provisions of the Alcoholic Beverage Code (“AB Code”), pursuant to Governor Abbott’s March 13, 2020, disaster proclamation. Since many restaurants in Texas are limited to providing pick-up or delivery orders during the coronavirus pandemic, this request seeks to ensure that retailers who normally sell alcohol for on premises consumption are able to deliver alcoholic beverages with food to consumers.”

The governor has the authority under the Texas Government Code to suspend the operation of certain statutes and regulatory rules “if strict compliance with the provisions, orders, or rules would in any way prevent, hinder, or delay necessary action in coping with a disaster.” Gov’t Code § 418.016(a). By making its request, TABC took the official position that restricting restaurants from selling to-go cocktails mixed onsite would prevent necessary action in coping with a disaster.

But TABC went on:

“Section 28.1001 also places restrictions on the types of containers in which alcoholic beverages may be delivered. Currently, the beverage must be in a container that was sealed by the manufacturer. This prevents restaurants from making a mixed drink at the bar, sealing it themselves by placing a lid on the container, and then delivering the beverage to the consumer. To allow restaurants to fully operate to the greatest extent possible under the current circumstances, I request to suspend this restriction in 28.1001(a)(3) of the AB Code.”

Gov. Greg Abbott granted this the same day, despite the lateness of TABC’s request. His communication of that waiver to TABC was not included in the documents produced in response to our Public Information Act request, but both the TABC and the Governor’s Office informed me that they had withheld documents they claim would reveal the “deliberative process” and have asked the attorney general for an opinion that they can withhold these highly embarrassing, critically sensitive state documents. But you can see a reference to Abbott’s granting of the waiver in his correspondence, and he issued a press release bragging about announcing the waiver March 18.

The next day, March 19, around lunchtime, the TABC sent in another waiver request. See if you can spot the difference:

“Alcohol sales are a major part of many restaurants’ business and the ability to continue these sales while dine-in services are prohibited during the coronavirus pandemic is critical to their survival. Our attached industry guidance sets parameters for alcohol pick-up and delivery orders. Importantly, TABC’s guidance prohibits things like “to-go margaritas” in which the restaurant mixes and seals a drink itself. All alcohol made available for pick-up or delivery would have to be in a pre-sealed container from the alcohol manufacturer (not the retailer).”

Three hours later, the governor granted this request for suspension of the code as well as carefully excepting the provisions that ban sale of mixed-onsite cocktails.

Late that day, somebody must have realized the original March 18 waiver was unaffected by the March 19 waiver. TABC requested its March 18 request be withdrawn, and the Governor’s Office complied after 7 p.m. March 19.

So we now know the answers to a few questions raised by TABC’s baffling advice to industry from March 19. Those operators who announced they would be serving cocktails with to-go orders on March 19 in reliance on the governor’s press release were, in fact, following the law. The head fake waiver actually made such sales legal for about 24 hours.

It’s also clear that both TABC and Abbott knew precisely what they were doing when they flip-flopped on the cocktail waiver. They put Texans out of work, and they killed some small businesses. You can see in the document production one of the many forlorn messages they received from operators.

What we don’t know is why. As of publication, both offices had ignored multiple requests for comment.

A cynic would say that someone with a lot of political pull saw the governor’s press release and had a problem with to-go cocktails specifically; and since there’s not much of a temperance movement anymore, the likely culprit is a liquor distributor. But I’m not a cynic, I’m a Professional Food Writer, and I have already submitted the Public Information Act requests to see who spoke to whom to obtain this strange reversal. More to come.
KEEP THE DALLAS OBSERVER FREE... Since we started the Dallas Observer, it has been defined as the free, independent voice of Dallas, and we'd like to keep it that way. With local media under siege, it's more important than ever for us to rally support behind funding our local journalism. You can help by participating in our "I Support" program, allowing us to keep offering readers access to our incisive coverage of local news, food and culture with no paywalls.
Make a one-time donation today for as little as $1.