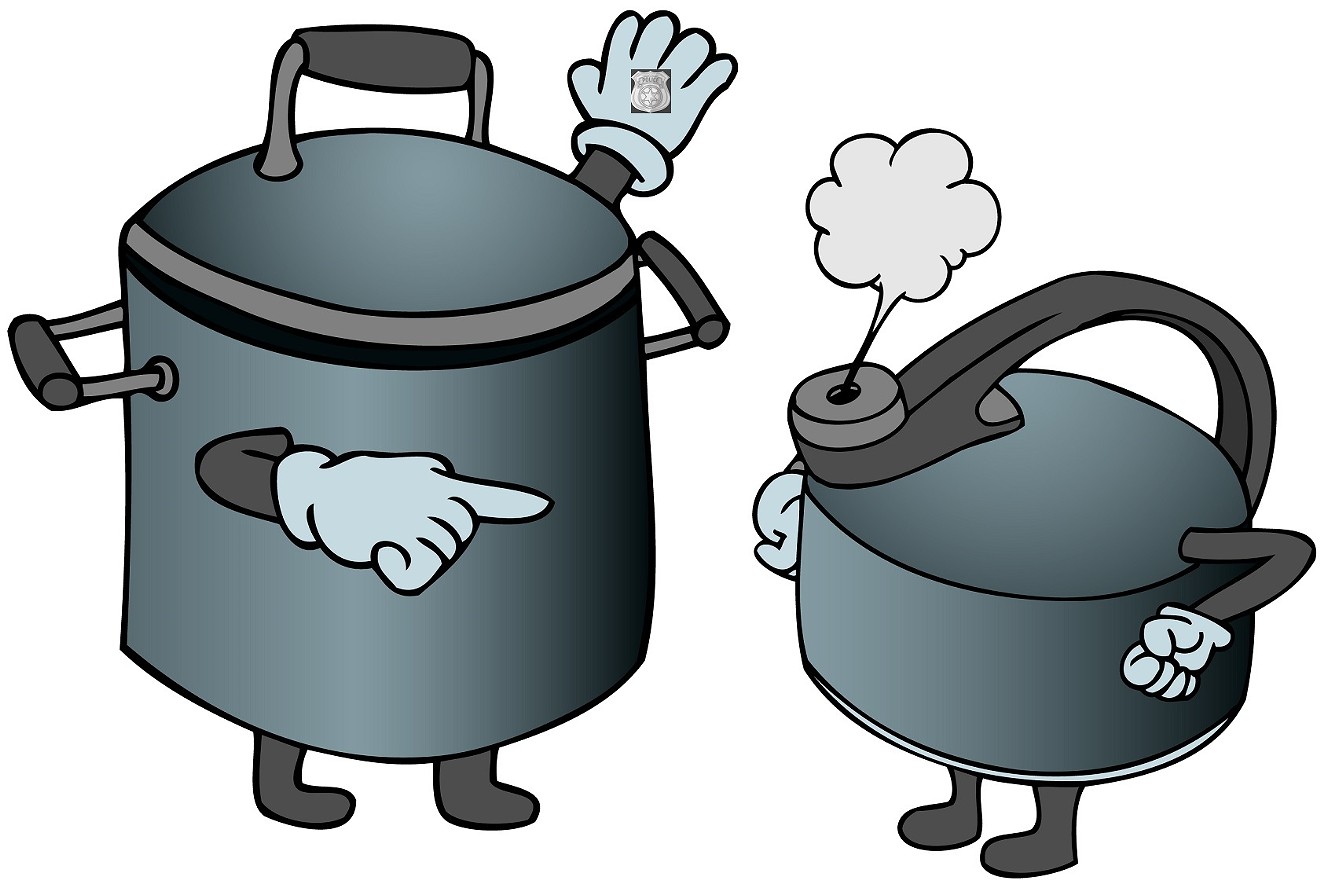 Jody Warner, who was fired from her job as a Dallas County assistant district attorney, suggested there was something fishy about Uber driver Shaun Platt — a classic case of the pot badging the kettle. John T. Takai via Shutterstock
The way the news is these days: In the middle of a storm of disgusting national stories about male sexual predators, we get our own local countercase — a fired Dallas County assistant district attorney, sobbing on camera, offering every conceivable excuse in the book for her terrible behavior with a young Uber driver.

Bad enough. But wait. Worse than Trump. Way worse. Through tears and much wiping of the nose, Warner made a completely off-the-wall gratuitous suggestion that Platt, the driver, was some kind of sexual predator and that’s why she got upset. That would have been like Trump saying he had to grab women there in order to proactively protect himself from personal violation.

“Oh my God, you’re an idiot. You are a legitimate retard,” Warner told Platt on a recording he made after he called the cops because she refused to haul her drunken self out his car.  “We can hang out. I’m not scared," she says.

Plus, get this: Warner, an experienced prosecutor of crimes, cried all the way through her press conference, but she also brought along Elizabeth Frizell, an ex-judge who will oppose Faith Johnson in the next election. So this was like a crying, confessional, tragic campaign event.

At the press conference, the candidate, Frizell, also piled on with the lurid sexual innuendos. The Dallas Morning News quotes Frizell as saying, “When you have a prosecutor who has tried sex assault cases for almost a decade, you know the signs. Her concern was heightened.”

No, her drunk-ass horrible behavior was heightened. She is on the audio recording telling Platt, “You’re so stupid I want the cops to come so they can fuck you up.”

But she cuts him off: “Now I’m pissed the fuck off.”

See. This is why younger men are afraid to come forward when powerful women abuse them. Powerful women don’t know how to swear.

Also at Warner’s side during her crybaby press conference was a prominent defense lawyer, Pete Schulte, who just should have known better. Oh, way better. Schulte made the following totally incoherent defense of Warner, including, please note, yet another gratuitous slur of the driver:

“I could be unethical, cause perhaps an innocent person to be sent to prison for life,” Schulte said, “but I will lose my job when I have a bad night with an Uber driver who comes on to me, and I want to get out of there. That's the message that this DA is sending to 250 lawyers [in the DA’s office].”

No one has produced a single shred of evidence that the driver did anything but attempt to drive the mean-drunk ex-DA home from a bar. The suggestion that he came on to her, that he behaved in any way that could possibly have triggered a fear of sexual predation, appears to be a breathtaking, unscrupulous, retrospective invention.

“That is not who I am,” Warner said at one point in the televised press conference.

Oh, yes, that is exactly who you are. And the fact that you try to project blame on your victim and consistently refuse to truly accept any of it yourself is proof positive.

Wipe those tears off your snout, stop the snuffling, and this is who you are: You are a law enforcement officer, a cop to most people, and you kept threatening the driver with that fact. You reminded him repeatedly who and what you were. In the language of the street, as I am sure you know, that’s called badging. You were badging the dude.

It’s almost like showing him your gun. And by the way, were you packing that night when you were so shitfaced? You were certainly drunk, out of it, judging by the tape. You didn’t know what you were doing, but you did know how to wave your law enforcement credentials in his face.

It didn't take long for Dallas County District Attorney Faith Johnson to fire Assistant DA Jody Warner after Johnson heard the audio recording. And why would it?
Faith Johnson
And here’s the thing: The guy even gave you a break for being totally sloshed. Platt, the driver, told reporters he was sure you were a nice person when you were not drunk. Well, guess what. He was wrong.

You’re a worse person when you’re sober. Sober, you are mean-spirited and brutally callous, willing to slime a young man’s name by suggesting he’s a predator and doing it just to give yourself some wiggle room that you richly do not deserve.

Well, for God’s sake, what do you suppose is in his heart? What would be in your heart if somebody lorded his law enforcement power over you while drunkenly abusing you? Take a wild guess.

But that’s not what you meant, is it? “I don’t know what’s in his heart” is a slimy courtroom innuendo to suggest there might be something crooked in his heart, some hidden agenda.

Even your so-called admissions of guilt are slimy. “There’s no way for anyone to talk the way that I did,” you said through tears, “but there’s just some more context to it.”

Context? Context? Like how many drinks you slammed down before you got in his car? That kind of context? If I were you, I wouldn’t go around asking for context. I don’t think the full context is going to work for you here.


Context? Context? Like how many drinks you slammed down before you got in his car? That kind of context? If I were you, I wouldn’t go around asking for context. I don’t think the full context is going to work for you here.

“Again, I’m very sorry for the language that I used,” you said. “I’m not proud of it. Fight-or-flight mode. I think any prosecutor would tell you that we’re usually going to get into fight mode.”

I listened to the recording. In that state, I don’t know I would trust you to know the difference between a sexual predator and a stop sign. Isn’t that what we’re really talking about? Hey, maybe you saw a stop sign, and you thought it was coming on to you. I can’t know what was in your heart because your heart was pickled in alcohol.

But I do know this: A man in your position would not get away with your behavior at the press conference. He would not be able to stand in front of the cameras, wipe away tears and make all kinds of simpering little-boy-lost sexual suggestions about the woman he had just drunkenly and verbally abused on tape.

You abused your office that night, and it got way worse later when you did your press conference after you got canned. You exploited your status as a woman in a way that I suspect was cynical and calculated.

Hey, how many dozens and dozens of times have you stood up in court and appealed for somebody to get sent up the river while his loved ones sobbed in the pews? I bet you never shed a tear then. But when you were appealing your own plight, you couldn’t turn off the waterworks for five seconds?

There’s this thing people say to each other sometimes, men and women alike: Suck it up. That’s what I have to say to you. And also: Dry the hell damn piss fuck out.