Texas' Next Big Election Is in January, not November 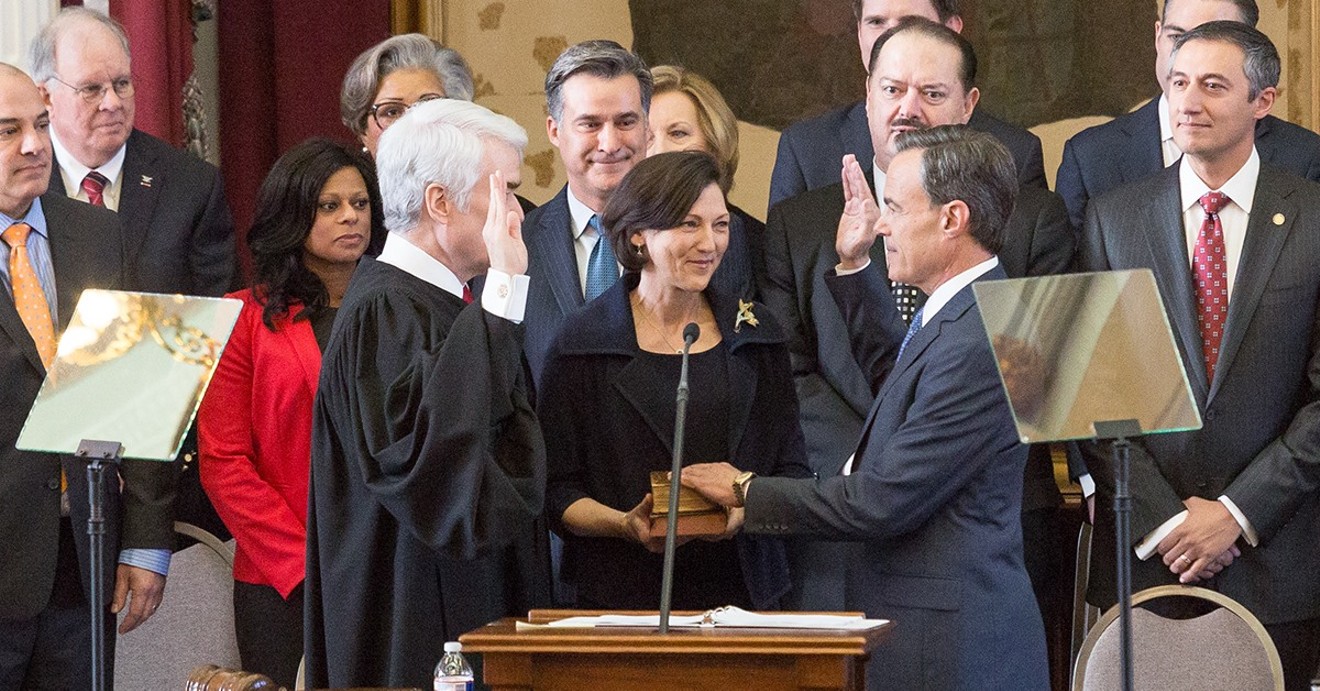 Joe Straus, with his hand on the Bible, is sworn in as speaker of the House last January. Joe Straus via Facebook
For a time in the fall and winter, and maybe still, Texas Democrats talked themselves into thinking that maybe this year was going to be the year. Through the Virginia gubernatorial election in November, Doug Jones' massive senatorial upset in Alabama and early voting in Texas, those who've wandered through the wilderness for so long, looking for the slightest sign Texas might be becoming purple, saw those signs. Then came Tuesday and the realization that Texas' next big fight might be a little farther off than everyone thought.

On March 6, primary day, Democrats got molly-womped by their Republican counterparts in turnout. Despite bringing out more than 1 million voters, Democrats fell short of Republican totals by about half-a-million votes, placing Beto O'Rourke, whoever wins the Democratic gubernatorial runoff and a slew of down-ballot candidates in the bargain bin. Barring a systemic change in voter behavior in November, it looks like Democrats may be on the outside looking in again. If and when that happens, however, the party shouldn't give up. The biggest race in Texas politics this cycle isn't happening in November, after all. It's happening in January, when the Texas House of Representatives chooses its next speaker.

"The big question that's looming in state politics is which direction does the leadership election go in the Texas State House for Republicans," SMU political science professor Matthew Wilson says. "The next legislative session will look very different if Republicans choose an ideologically conservative in the Dan Patrick mold than if they choose a pragmatic, establishment leader in the Joe Straus mold."


Many times during the 2017 legislative session, Straus was the only thing standing between Texas and the far-right abyss.

Many times during the 2017 legislative session, Straus was the only thing standing between Texas and the far-right abyss. During both the regular and special sessions of the Legislature, Straus wielded his agenda-setting power in the House to keep the transgender "bathroom bill" and another key conservative proposal that would've limited local government's ability to increase property taxes from reaching a vote on the House floor. After the special session, Straus announced that he wouldn't seek a record sixth term as speaker.

Following Straus' abdication, three Texas House members have already announced runs for speaker — Flower Mound's Tan Parker, Weatherford's Phil King and Richmond's John Zerwas. Much like Straus, Zerwas is a business-friendly moderate. Parker and King are more conservative, but have shown the ability to compromise and work across the aisle during their time in the Texas House. None of the three are members of the ultra-conservative Texas Freedom Caucus, which will likely field at least one candidate for the speaker's race.

Each of the five times he was elected, Straus relied on a coalition of moderate Republicans and Democrats to become speaker, with Democrats voting for him because they feared the alternative. While there's still a chance the next session's House speaker could follow a similar path to power, a change made late last year by the House Republican Caucus makes it unlikely, even if Democrats pick up seats during in November's election and cut into what will still be a big Republican majority.

So far, both Parker and King have signed pledges that they will support whoever wins the Republican-only speaker vote. Zerwas has not. At a Texas Tribune event in November, Zerwas said he believes both parties should have a say in who presides over the House.

“Whatever process we come up with, it cannot — and it must not — marginate the Democratic caucus,” Zerwas said.

Even if O'Rourke, or gubernatorial candidate Lupe Valdez, or her runoff opponent Andrew White or Texas Land Commissioner candidate Miguel Suazo pulls off a huge upset in November, the next Texas House speaker will have a bigger effect on Texans daily lives than any of the statewide candidates could dream of having. Mark your calendars for January.