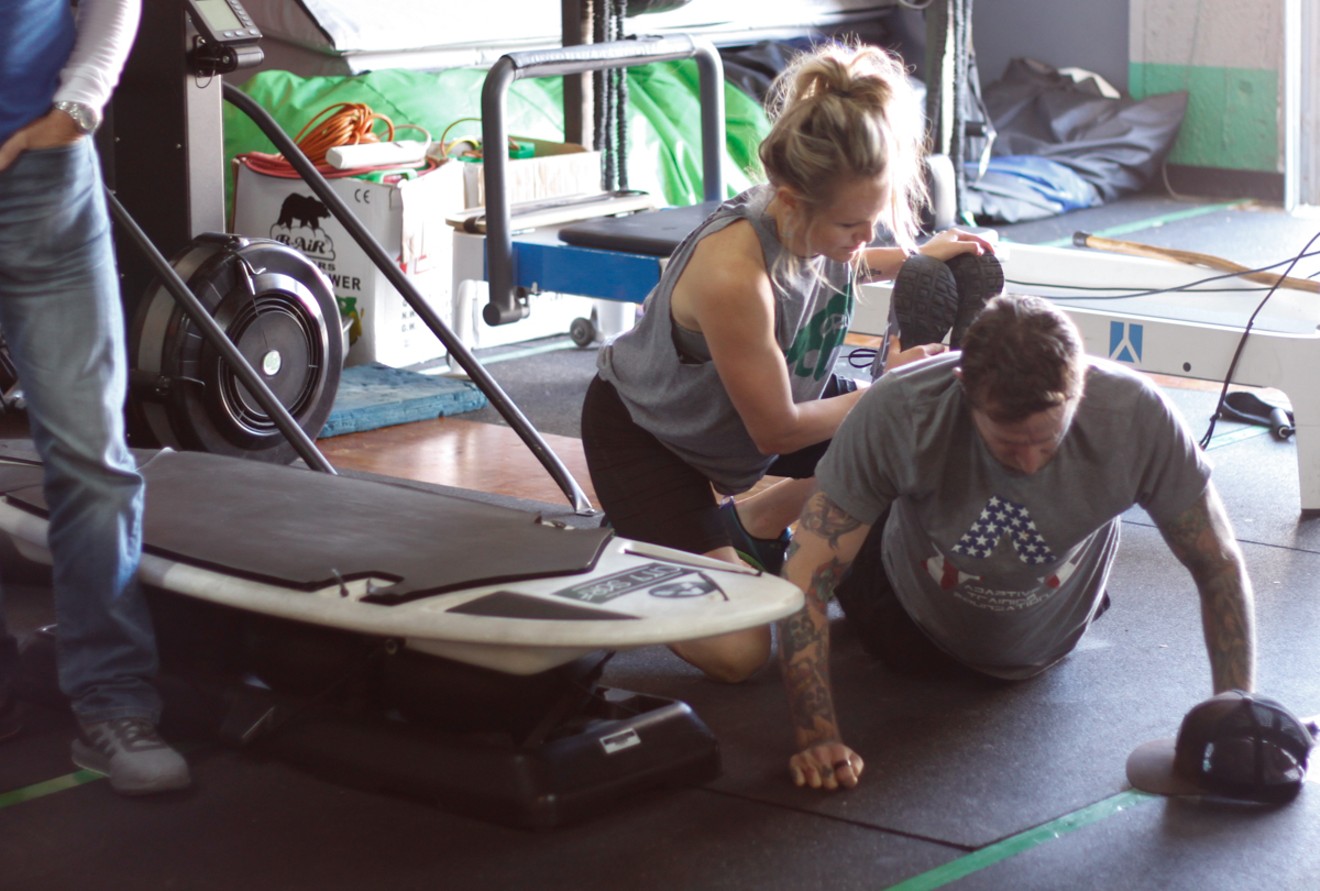 Not long after moving to Dallas, Vorbora met U.S. Army Staff Sgt. Travis Mills, a quadruple amputee and veteran of the war in Afghanistan. The two soon began training together, working out a plan to help Mills stay confident and physically active as he learned to adapt to his injury. Over time, more than a dozen adaptive athletes joined them. The Adaptive Training Foundation was built around this small group and has helped more than 100 adaptive athletes.

ATF will open its first permanent location Saturday. The tight-knit staff expect the change to increase ATF's ability to reach a long-overlooked community.

“The adaptive population is essentially untapped,” says Hunter Clark, director of operations and programs for ATF. “If you Google 'adaptive training,' you won’t find anything. There’s no structure for training around a spinal cord injury for the Paralympics. There’s no structure around training somebody who got hit by a car going 70 miles per hour and broke every bone in his body except his vital organs and has somehow survived and is now throwing discus in the Paralympics.”

The foundation usually has four classes of about 10-15 adaptive athletes a year. Its core nine-week class, called Redefine, provides adaptive athletes with a volunteer trainer who helps design a unique workout routine for each member of the class. Enrollment is based on an application process, but the classes are free and geared to strengthening both body and mind.

“We want to use this adversity that you’re overcoming as a tool to re-create something that you never thought you could have been,” Clark says. “You going through this troubling time, and this challenging period should empower you. And should make you feel like you’re more powerful than you ever could have been if you didn’t have this adversity, if you didn’t have this tribe of people behind you that supports you 100 percent.”

ATF is for people looking to overcome both physical and mental obstacles through training and meditation. Simply put, it is not for everyone, and more intense classes are offered for adaptive athletes who are heading to the Paralympics or other competitions. Those who stick around often serve as volunteer trainers, adding to the overall knowledge of the staff as it slowly increases its reach.


“You going through this troubling time and this challenging period should empower you." — Hunter Clark, Adaptive Training Foundation

“What makes this so special and so hard to replicate is the fact that we do feel like we serve a product that you literally cannot find anywhere else in the world,” Clark says. “It’s frustrating because we have people in Oregon and people in Minnesota who reach out to us and say, ‘Hey, where can I find this somewhere close to me so I can be a part of it?’ And it’s like, ‘Hey, how 'bout you come to Texas because this is it; we’re doing it.’”

Some out-of-town athletes have chosen to remain in Dallas to be part of the foundation.

ATF is housed in a borrowed facility that the foundation “outgrew the day we moved in,” Clark says. Staff members hope the new location will eventually become its global headquarters. The new facility is six times larger than the current 3,000-square-foot gym and will allow the foundation to add more classes to its yearly schedule, open the facility to members without disabilities and increase the foundation’s ability to house athletes from out of state. An award ceremony that's open to the public will take place the night of the grand opening.

Nicholas Bostick
Clark says the grand opening is just the beginning. ATF is looking to certify more trainers to spread its methods and to attract more sponsors to help expand ATF’s competitive program.

“The ultimate goal is to take this package that nowhere else in the world has and have it reach more people in a very significant way that doesn’t just reach 10,000 people for a little bit but reaches 10,000 people in a massive way that changes their lives,” Clark says.