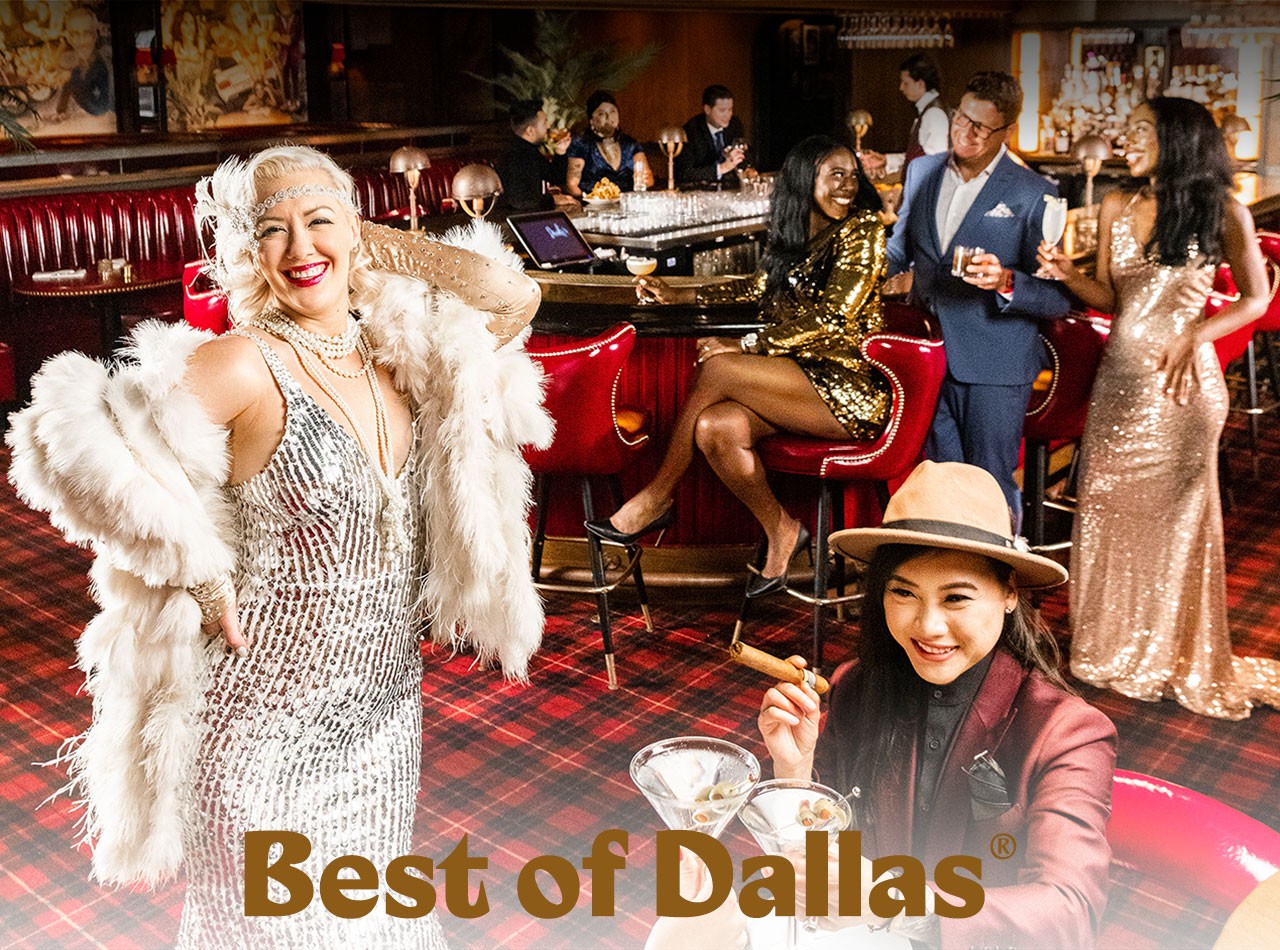 We came up with our theme for this year’s Best of Dallas® issue — Roaring ’20s — back in April, when our staff was all freshly vaccinated and economists were predicting boom times as the world reopened. We were feeling pretty optimistic.

The original Roaring ’20s came after a world war and deadly global pandemic, so maybe history is due for a rerun and we’d soon toss away our pandemic masks, dance wildly on tables and guzzle fancy hooch like a modern Jay Gatsby. Let’s celebrate!

Those of you with an interest in history or literature have probably spotted some flaws here. Prohibition arrived in 1920, the Klan was resurgent and Gatsby didn’t get the girl in the end. He got shot.

In our defense, it’s not that we’re unaware of the past; we’re just not familiar with optimism. But we’re not giving up. We’re doubling down. Are these ’20s going to roar? Are happy days here again? Damn straight. We’d take that bet.

Why? Because in putting together another Best of Dallas, we see once again that we live in a pretty sweet place. Speakeasies are back, and you don’t need to say Joe sent you in order to get in. Musicians, artists, chefs, barkeeps and merchants have proven they’re both tough enough to endure hard times and imaginative enough to keep Dallas’ creative heart beating no matter what surges at us. After the past couple of years, what you have before you isn’t just a catalog of the Best of the Dallas. It’s the Cream of the Freakin’ Dallas Crop of Tough, Smart, Durable Mofos.

For branding purposes, we’re sticking with Best of Dallas, but you get the point. A summer surge spoiled the party? Whatever. Surges end but the best endure, and when the time is right, they roar — and maybe even dance the Charleston.

We’re pretty excited about the prospect and plan to give this optimism thing another shot. “I am an optimist. It does not seem too much use being anything else,” Winston Churchill once said. Here’s hoping you feel the same.