Dallas actor Brian Gonzales has strived to get to Broadway. Around a decade ago, in the Broadway rendition of One Man, Two Guvnors, he served as the understudy for James Corden, who later won a Tony for best actor in a play. Gonzales has performed in the stage version of Disney's Aladdin since then, and more recently appeared in Billy Crystal's Mr. Saturday Night, which itself was up for five Tony Awards this year. Gonzales attended Booker T. Washington High School for the Performing and Visual Arts and W.E. Greiner Exploratory Arts Academy. He's also credited Big D's theater scene with helping pave the way for his Big Apple success. Whenever you're heading into downtown Dallas, you just might pass Dealey Plaza, the spot where President John F. Kennedy was assassinated in 1963. The area in the city's West End Historic District has long been a magnet for tourists from around the world. Now, it's witnessing a strange resurgence thanks to the QAnon conspiracy theory, which posits that a satanic cabal of elites is running an international child sex trafficking ring. In Q lore, Dealey Plaza is where followers believe that JFK's son, who died more than two decades ago, will reappear. QAnon acolytes still show up there from time to time. Playas gonna play. Pabst Blue Ribbons and a pocket full of quarters. Just like old times. Barcadia has good grub, such as massive fried cheese sticks and burgers, but there are also salads and lighter dishes. The beer selection has the standards, and several local brews on draft, which is bonus play. The game lineup includes old school retro favorites like Ms Pac-Man, Galaga and Donkey Kong, plus Skee-Ball, if that's how you roll. Wednesdays are free play all day, and their everyday happy-hour specials might be the best deal there is along this busy strip of restaurants and bars. Conduit has been holding down the Design District as the town's gallery central for nearly 20 years now, and owner Nancy Whitenack shows no signs of slowing down any time soon. You can count on a mix of aesthetics ranging from serious to whimsical, and the space's project room has an entertaining mix of quirky work curated by director Danette Dufilho. Want to pick up a soft sculpture of sardines in a can by Barbara Glazer Rosenblatt or a trippy painting of Marie Antoinette by Jennie Ottinger? This is the place to do it. 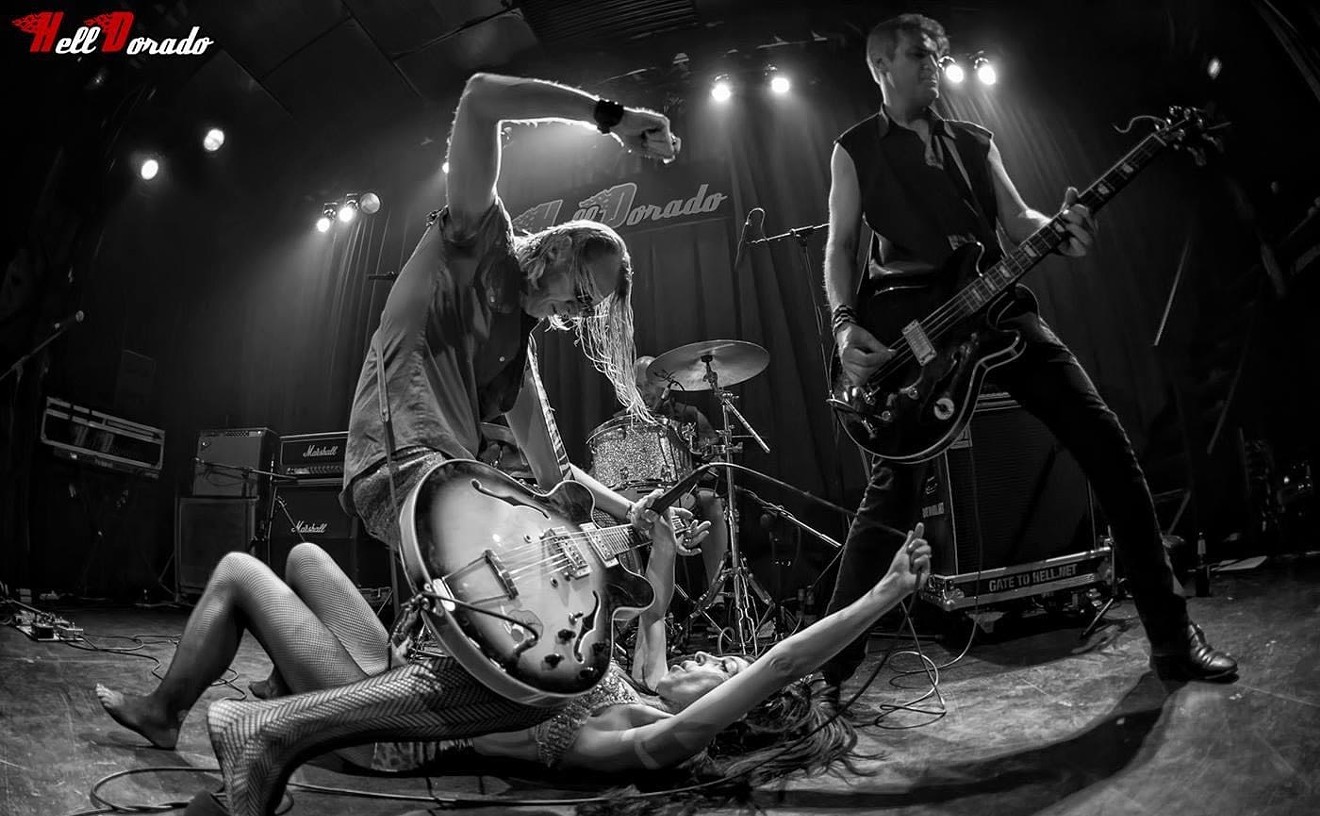 Labretta Suede & The Motel 6 moved to Dallas from New Zealand at the start of 2021, taking residency at Three Links and establishing itself as a new act to contend with in North Texas. Over the course of two solid years playing every venue it could, the band has built a reputation for putting on a racy show. Part garage-punk powerhouse and part burlesque show, the band defies you to not take notice when it hits the stage. Labretta Suede & The Motel 6 released its new 7-inch single release of the song "Teenagers" earlier this year on hot pink vinyl. You can pick it up at the band's shows or online. 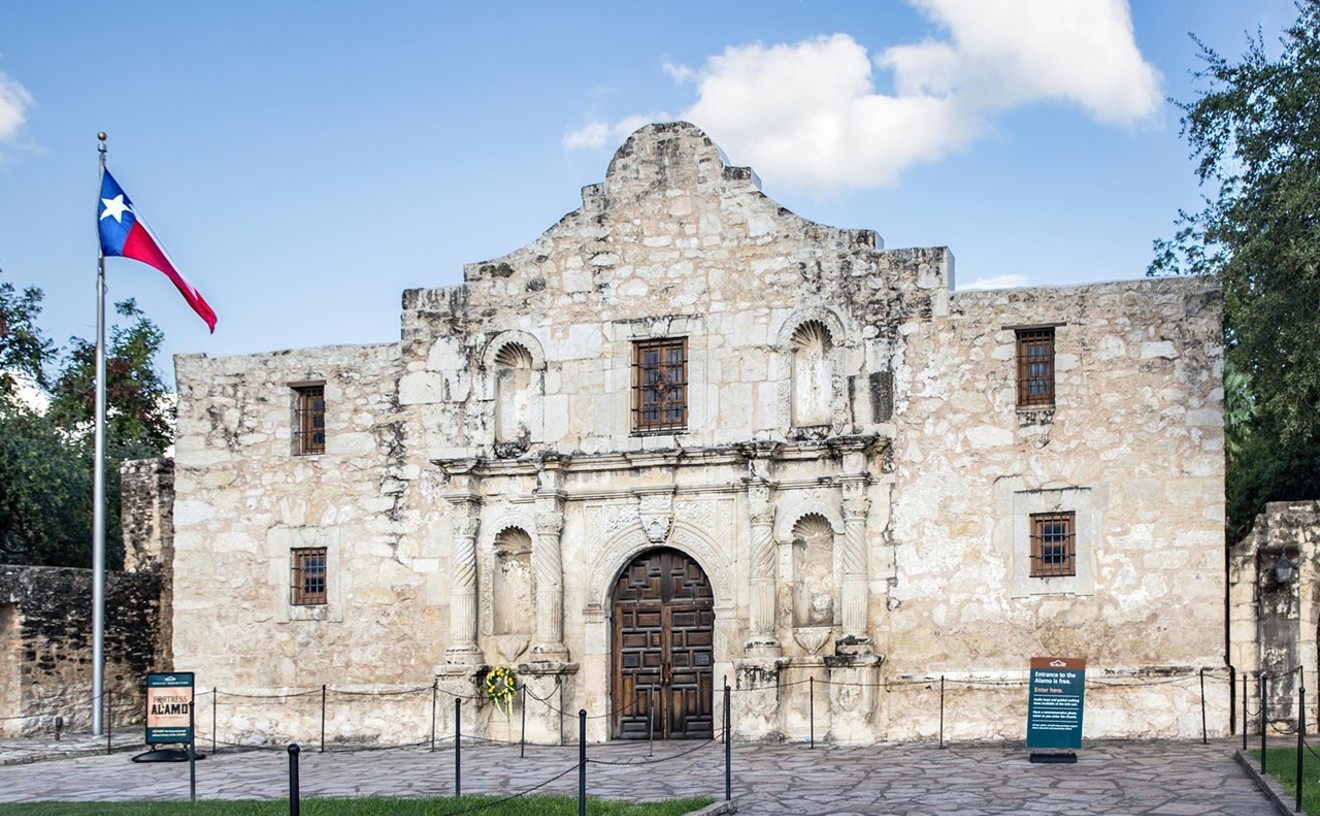 Texas GOP politicians have been ban-happy when it comes to books in recent days, a fact that isn't keeping the authors of Forget the Alamo down. Penned by three Texas-based writers, Forget the Alamo was released to critical acclaim last year and has survived "cancellation" attempts by the state's far-right. Expertly written and highly engaging, the book exposes the not-so-pretty underbelly of Texas' most famous landmark. Forget the Alamo details the state's push to preserve slavery and reminds us to think critically about what the writers have dubbed the "Heroic Anglo Narrative of Texas history." Thank you, Bryan Burrough, Chris Tomlinson and Jason Stanford, for your unwavering commitment to truth-telling. 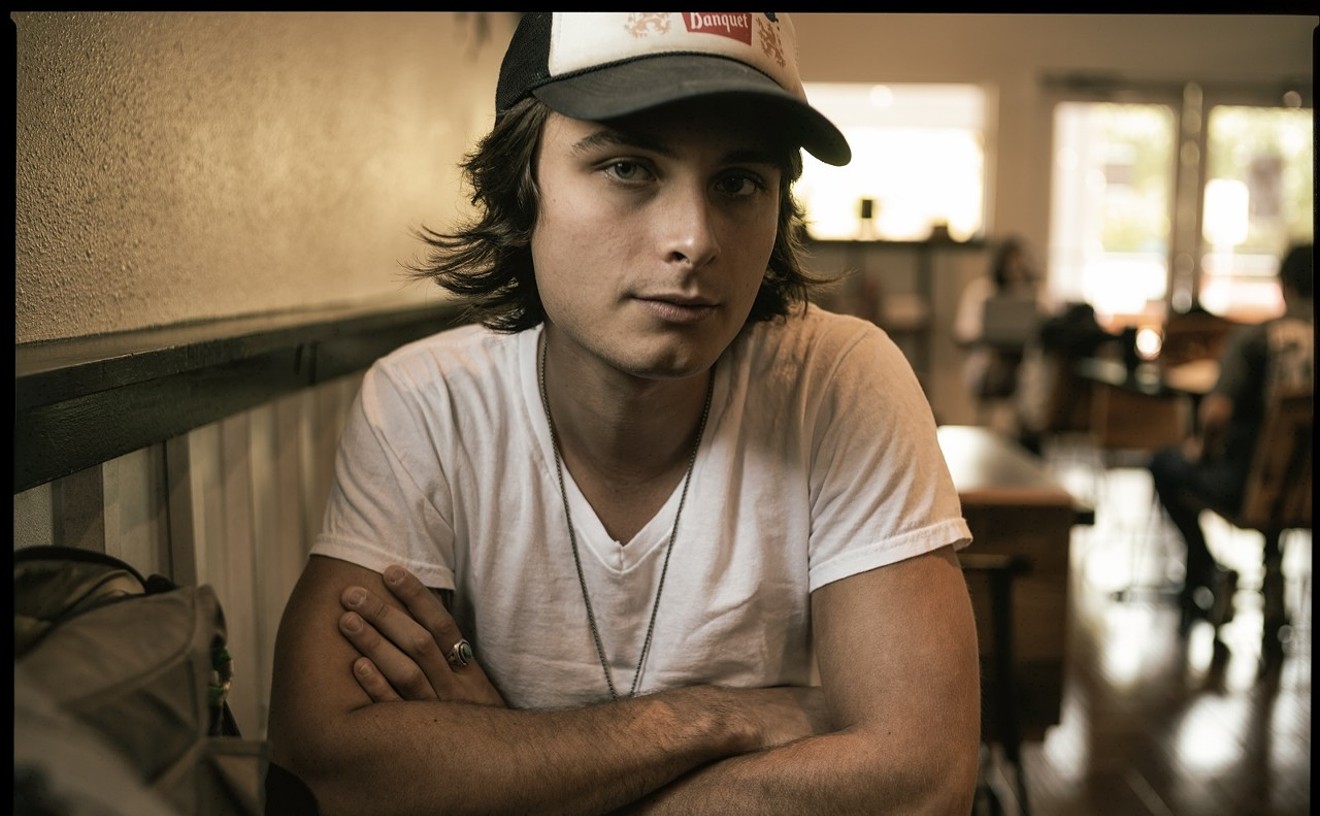 We Start a Series by Raw Lemon 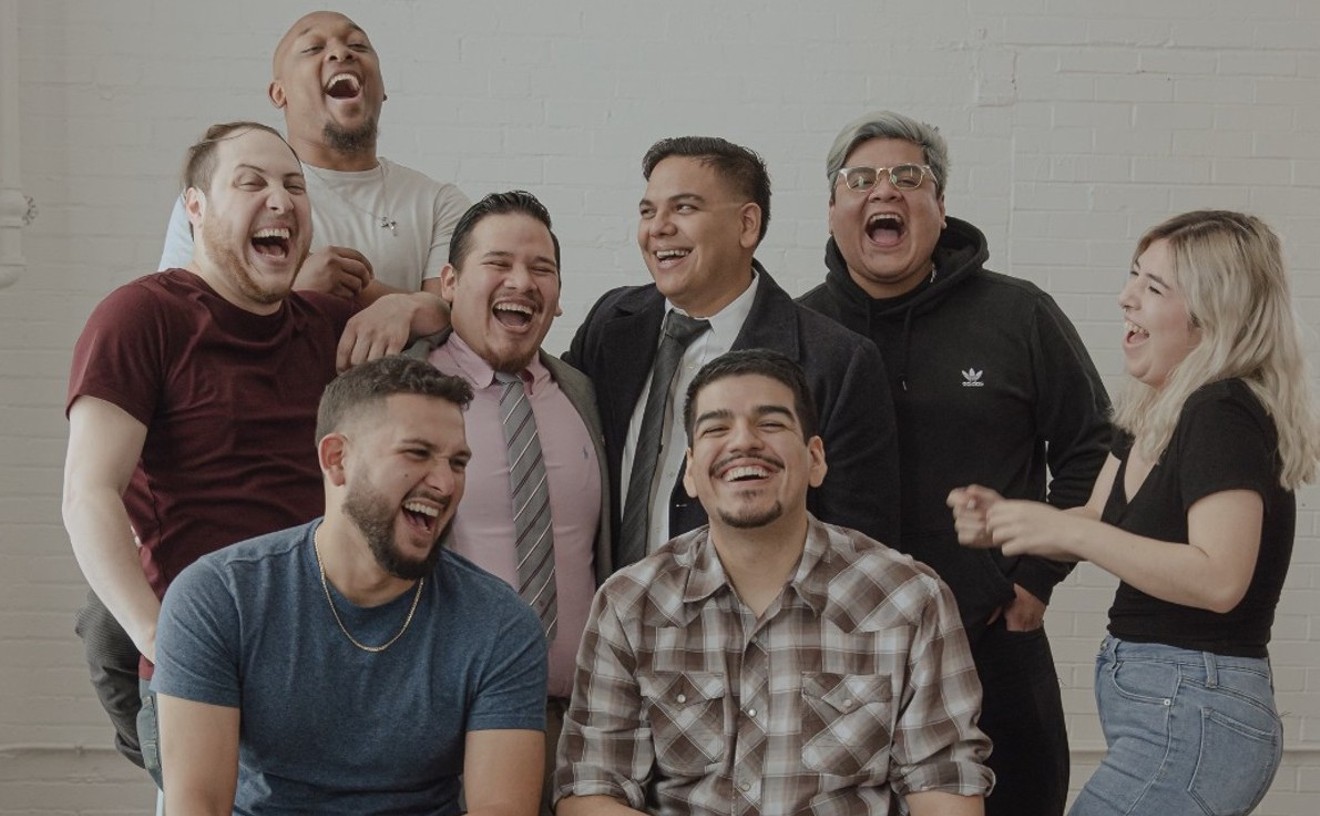 Over the years, Dallas residents haven't been too sure where to take their environmental issues. Now, there's a body at City Hall meant to ensure Dallas is implementing its Climate Action Plan and that residents' opinions are being heard. The commission is chaired by Kathryn Bazan, a local environmentalist and former employee of the Texas Commission on Environmental Quality. The local commission has already seen some of its work come to fruition since the first meeting this year as Dallas rolled out new regulations for cement batch plants in the city. Members are also working to help draft restrictions on another big polluter, gas-powered lawn equipment. Under the commission's watch, the city may get a little greener. 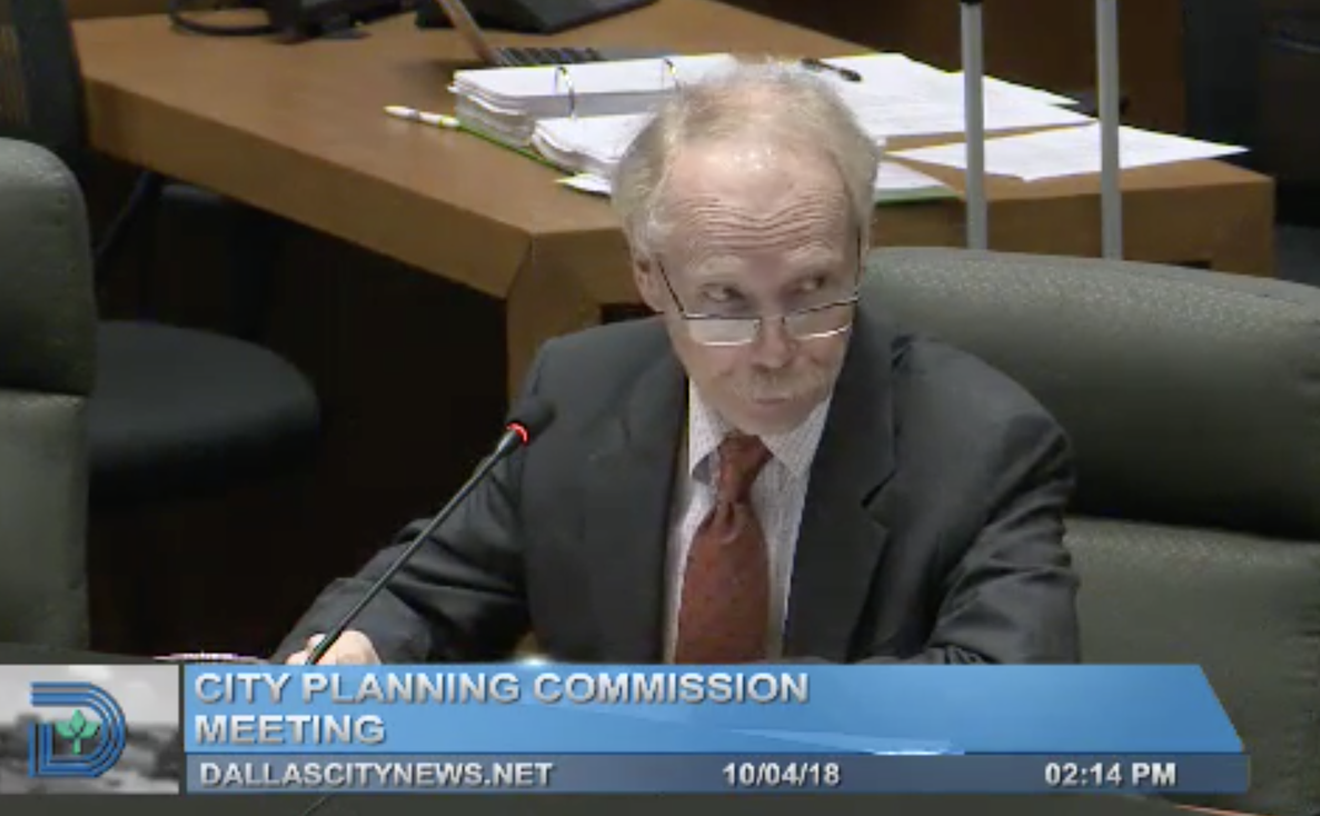 Paul Ridley was no stranger to Dallas City Hall when he was voted into the District 14 council seat last June. He had served as the district's plan commissioner for eight years. Before that, he spent four years representing the district on the landmark commission. He's lived in the area for about 27 years, practicing construction law and commercial litigation, occasionally stepping away to serve the city. He's devoted to serving Dallas residents, and his attention to detail can make for some interesting mic-drop moments around the council's horseshoe.