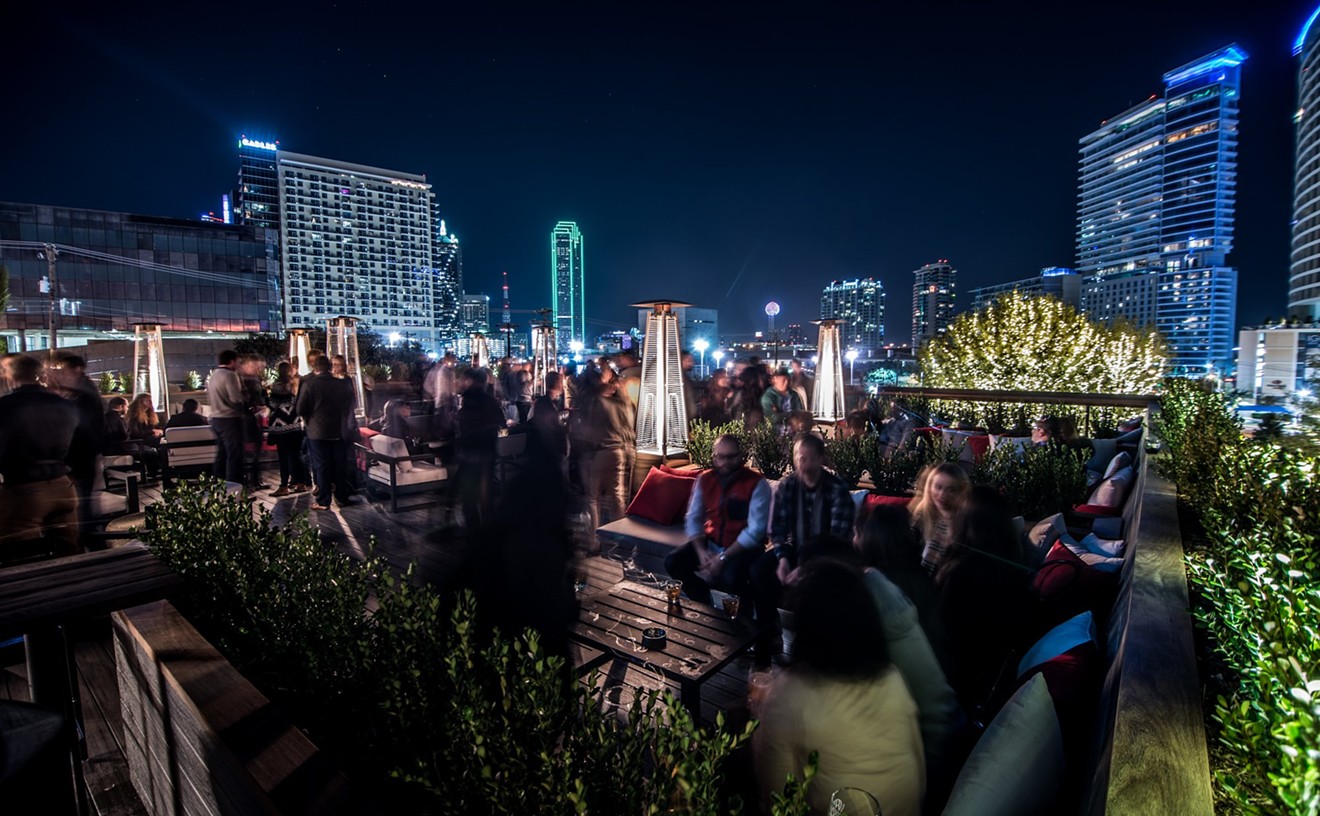 Want a chill time where you can relax and watch the sunset or some birds? This is not your place. Go here when you're ramping up for an evening. The employees always seem happy to be there, the patrons as well. The food is big and grandiose, like foot-long fried cheese sticks. And even when this place is packed before a game or show, the bartenders push drinks out quickly. The rooftop just brings all these things together with a view. Happy times. 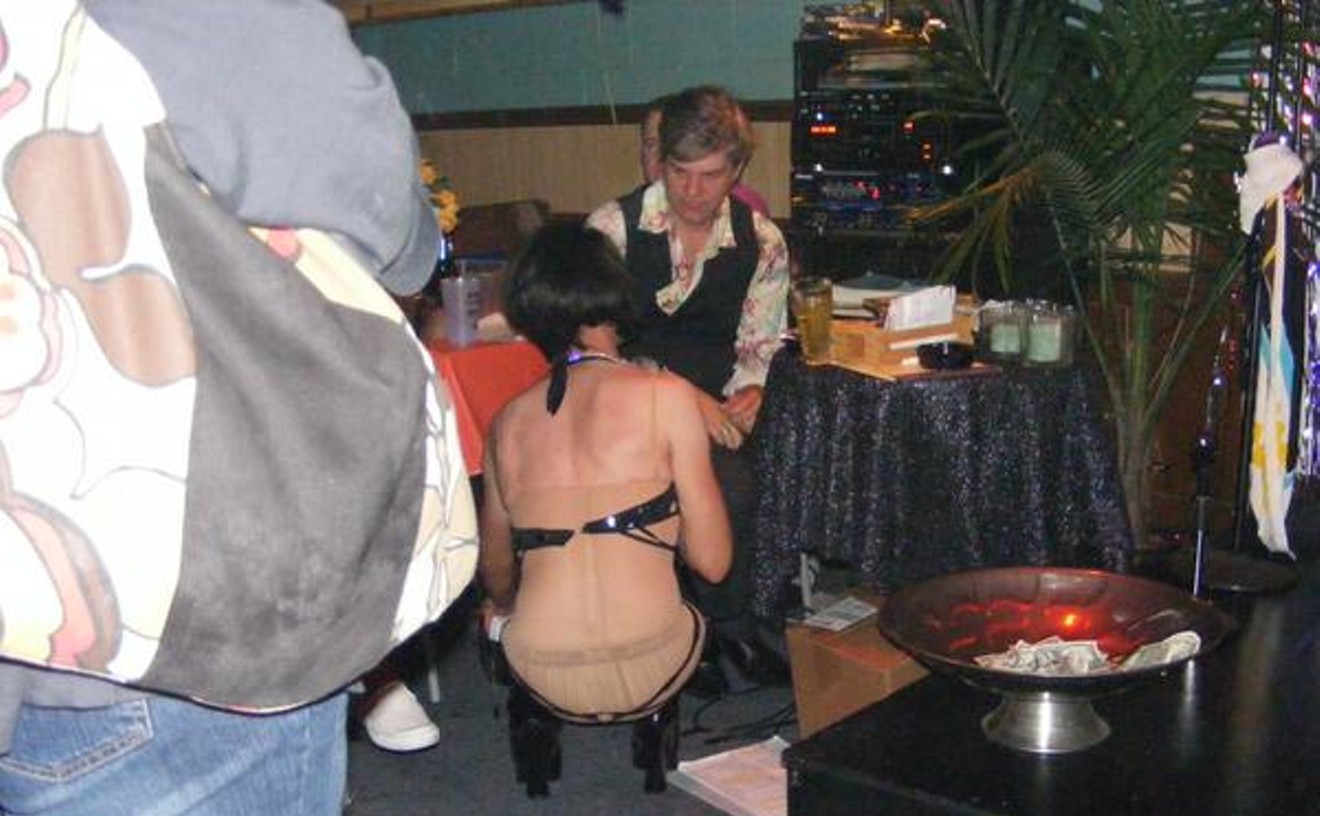 Some of us will never be asked to be onstage, and that's OK, though it might be the reason we pay for expensive weddings full of people we don't really know. We want attention and a spotlight, no matter how brief. Karaoke allows everyone to seize the spotlight, and there's no better place to do karaoke than at a gay bar. If drag queens aren't cheering us on, we're just not interested. Barb's, the Oak Cliff dive bar, is still the best spot for karaoke. Because that's what Saturdays are made for, to butcher Mariah Carey just for the joy of loosening our vocals. The neighborhood bar has a mod look and a Cheers-like ambiance, where you can show off your excellent or terrible singing among friends who won't judge too harshly. 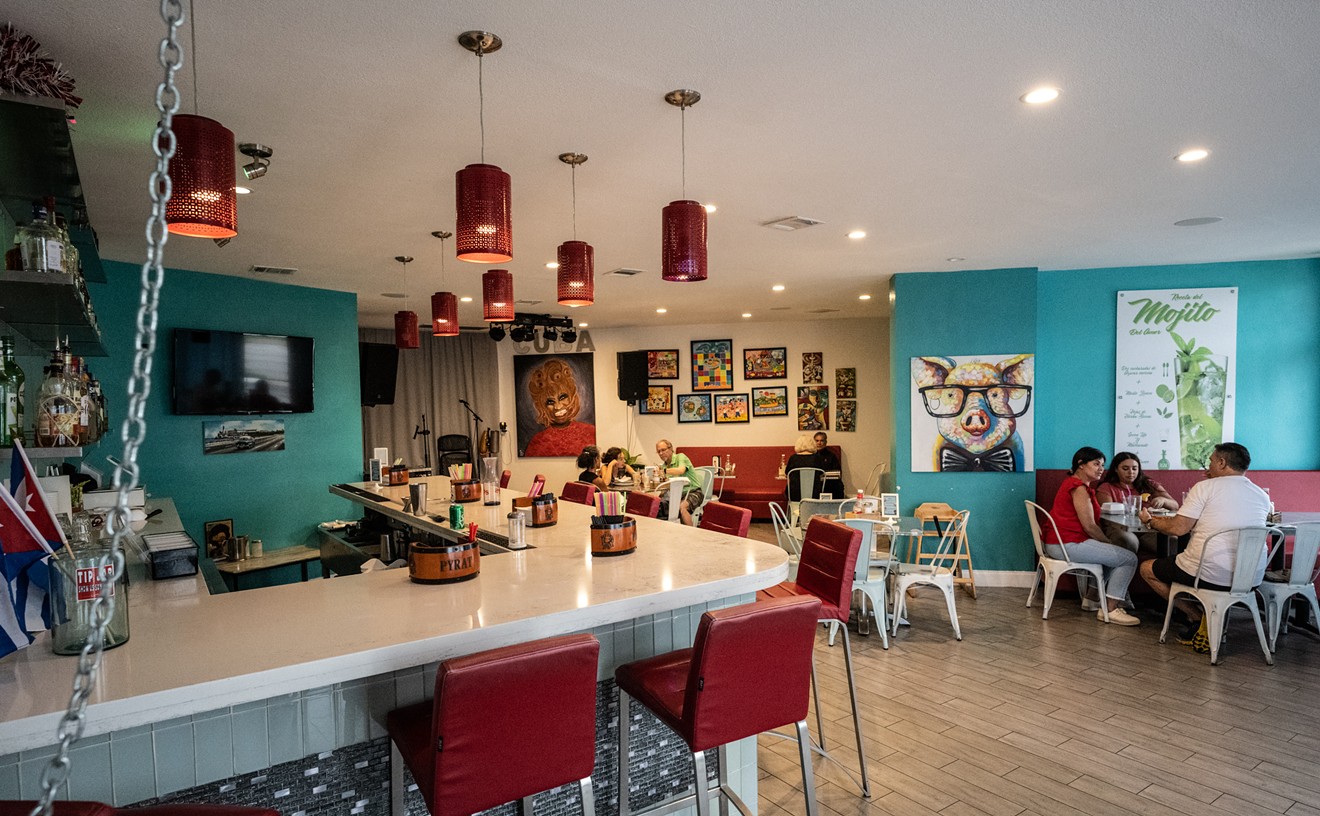 Get your groove on over at Havana, where DJs spin the latest in reggaeton, bachata and Latin and Spanish hip-hop. With fairly inexpensive cocktails and a large dance floor, Havana is a transcendental experience, where it's easy to get lost in the rhythm. Plus, Havana regularly brings in Latinx and Hispanic drag queens and musical performers. You may want to get to there early, as the line to get in is usually wrapped around the block on weekends. But after a night out of dancing and partaking in pure, joyful festivities, you will quickly realize why.

If you want some context on what's going on in Dallas politics and local government, you'll want to tune in to Loserville, a podcast currently hosted by former City Council member Philip Kingston and former Greencastle, Indiana, City Council member (now Dallas resident) Tyler Wade. The podcast has had a few different names and gone through several iterations. Radio personality TC Fleming started it as a solo interview podcast called All Dallas Politics Is Local. This was a spinoff of another podcast called It's Just Banter. Fleming asked Kingston to temporarily take over All Dallas Politics. After the 2019 City Council election, Kingston and Fleming decided to work together on Loserville. It would usually include Kingston and Fleming discussing the Dallas news of the day and would occasionally include guests. Fleming took a step back from the podcast when other commitments came up, and Wade was his replacement. If the city manager seems like he's on the verge of losing his job, or there's some zoning case drumming up local controversy, you'll likely hear about it in detail on Loserville. 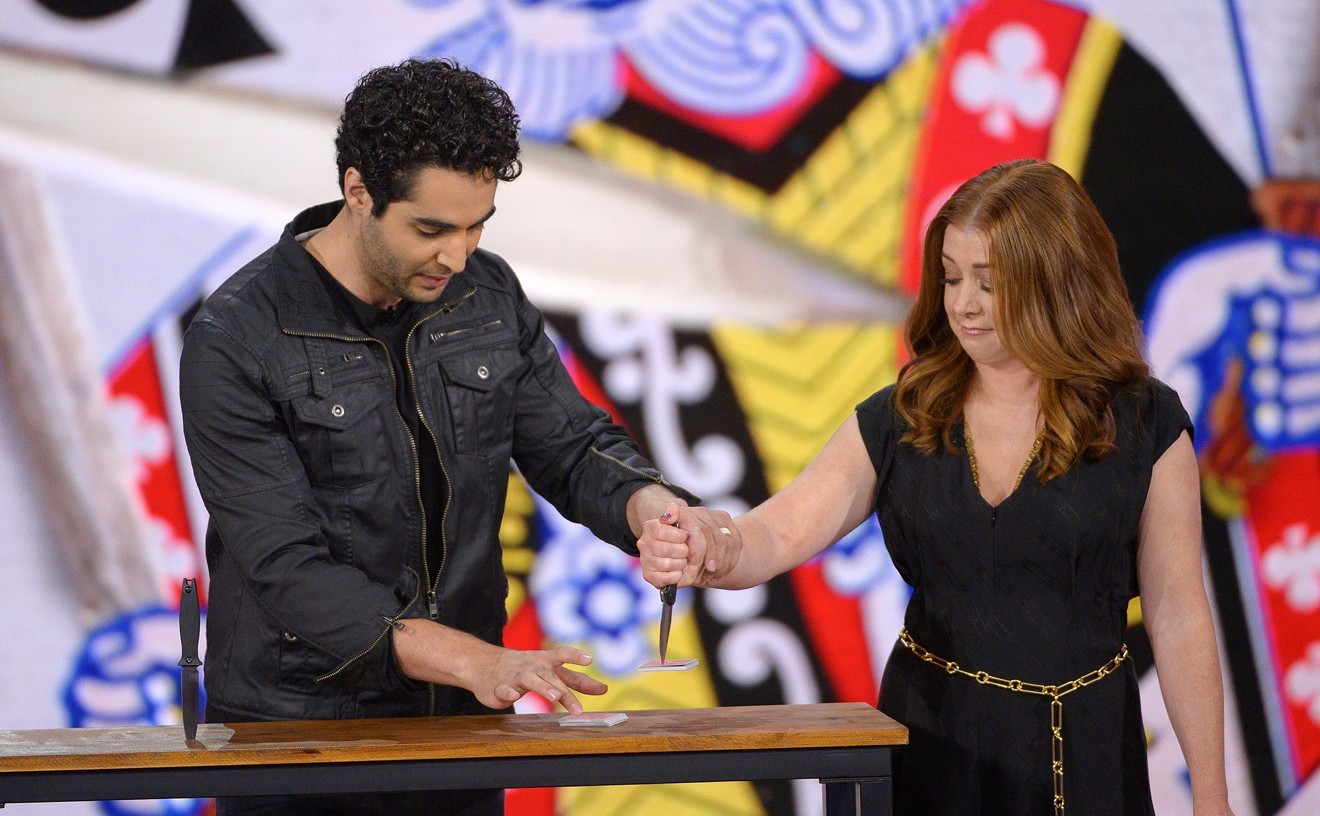 A magician doesn't become a master by fooling his audience. A magician becomes a master by fooling other magicians. Dallas magician Zak Mirz did just that to two of the world's most knowledgeable magicians. Mirz appeared on The CW magic series Penn & Teller: Fool Us in which the famed Las Vegas magic duo watch original magic tricks performed by illusionists from every corner of the world. Then they try to figure out how the trick is done using Teller's storied knowledge of magic secrets and techniques and Penn's booming voice and expressive vocabulary without revealing how the trick is done to those who don't know the lingo. Mirz, a native of Iran who used magic from a very young age to cope with the tragic loss of his father, performed a card trick with host Alyson Hannigan using a deck of cards and a very sharp knife that she used to cut to the predicted card. Penn & Teller thought they had the trick figured out, but Mirz told them they were wrong, earning him two dropped jaws of shock, a cloud of stage confetti and the show's fabled "Fool Us" trophy with the "F" and "U" in big, red capital letters. 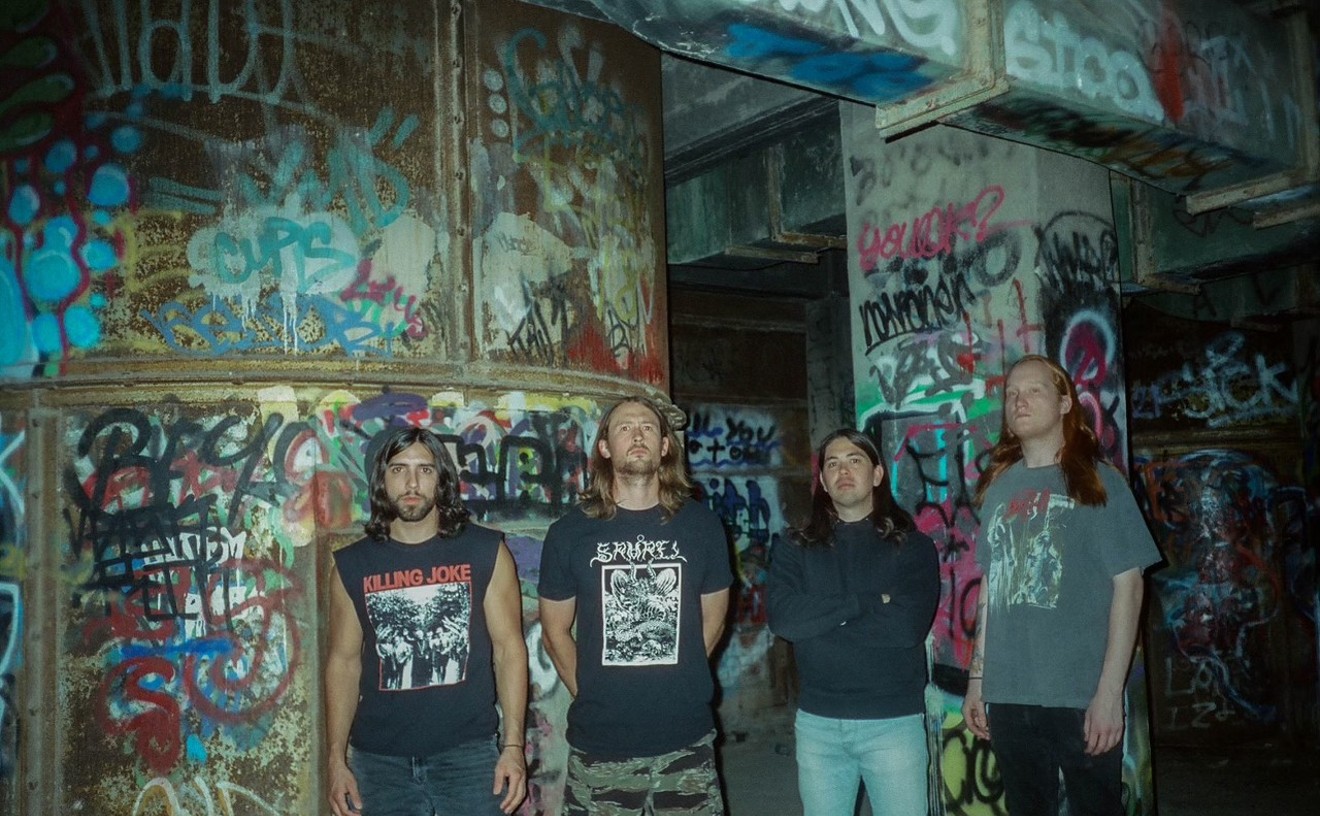 North Texas is known for its excellent metal scene, thanks in large part to mammoth acts like Power Trip and Creeping Death. So, merge those two powerhouses together and you've got yourself the region's best new metal supergroup: Fugitive. With a different tuning and Motörhead-esque tempo, Power Trip guitarist Blake Ibanez tapped into a new sound with this latest venture. In addition to Creeping Death drummer Lincoln Mullins, Fugitive's live lineup includes members of Skourge, ANS and Impalers. Look out for the band's EP, which promises to include a cover of Bathory's "Raise the Dead." This group is destined for metal greatness.

It's times like these, when there's talk of teaching "opposing perspectives" of the Holocaust, that it's so essential to visit museums like this one. Those who spend time at the Dallas Holocaust and Human Rights Museum will learn the true story behind one of history's darkest hours, as well as about human and civil rights on a national and global scale. The museum has the mission of combating indifference, prejudice and hatred, and it underscores the strength and resilience of those faced with the unthinkable. With both permanent and special exhibitions, the Dallas Holocaust and Human Rights Museum is a valuable Big D cultural institution. 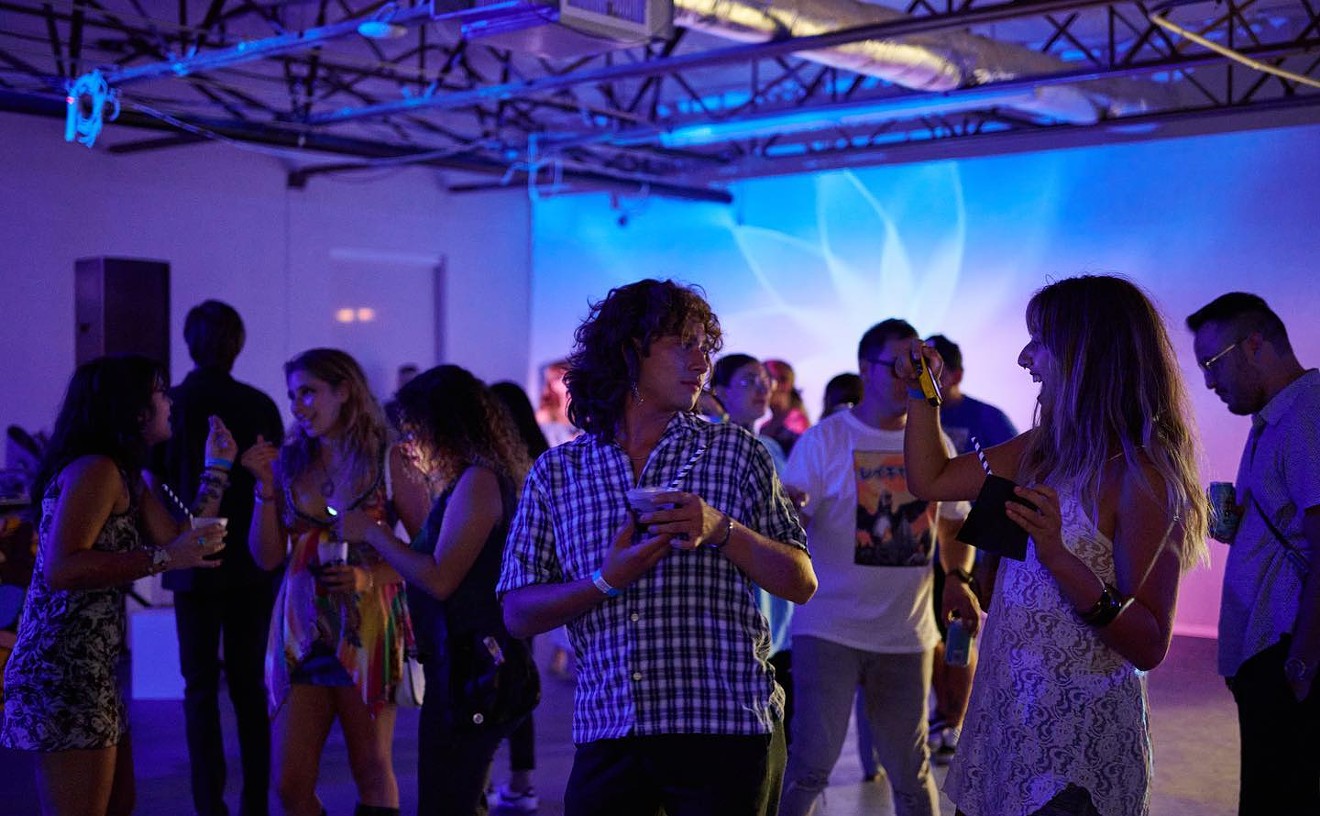 This non-collecting art museum has built a reputation for its edgy, engaging programming (up now: Shephard Fairey's first-ever solo Texas show). Under the leadership of executive director Carolina Alvarez Mathies, the Contemporary has also become the place to take a sound bath, shop local artisans, catch a live DJ set and even get a mini tattoo. The DC Summer Series of events has been a wild success among the young and cultured, so here's hoping there are more artful parties on the fall calendar to keep those weekends interesting.

Say It With Your Chest DTX

Mutual aid group Say It With Your Chest DTX isn't wishing for change. It's on the frontlines demanding it. Led by Black women, Say It With Your Chest is tirelessly putting in the work to change the political and social climate in Dallas by developing relationships with the homeless, providing them laundry services and gathering bodies to hinder the city from sweeping away encampments. For a year, Say It With Your Chest has built a community and rapport with the houseless. Through grassroots efforts, the group has fed the hungry, provided water to those living in record heat and advocated for the houseless when policies have displaced the vulnerable.

It seems it was just yesterday that JD Beck was a 13-year-old drummer running around Deep Ellum, sitting in as the city's most seasoned players took him under their wings. A couple of years later, Beck met his musical match in fellow savant DOMI, a French-born pianist three years his senior. After meeting at a show, she flew to Dallas to play an Erykah Badu concert with Beck. That's when the wunderkindred spirits formed an instrumental duo that caught the attention of Anderson .Paak. After making a tsunami of a splash online, the two finally released Not Tight, an actually tight jazz record that is not easy-listening. This is for the music nerds, for the obsessive listeners who want to deconstruct the rhythmic, mathematical journey taken by a collection of notes, and for those who want to ponder the mastery of Beck's time. It also includes vocals by .Paak himself. It's a showing of virtuosity that's inspired by video games, funk and a mutual respect among high players.