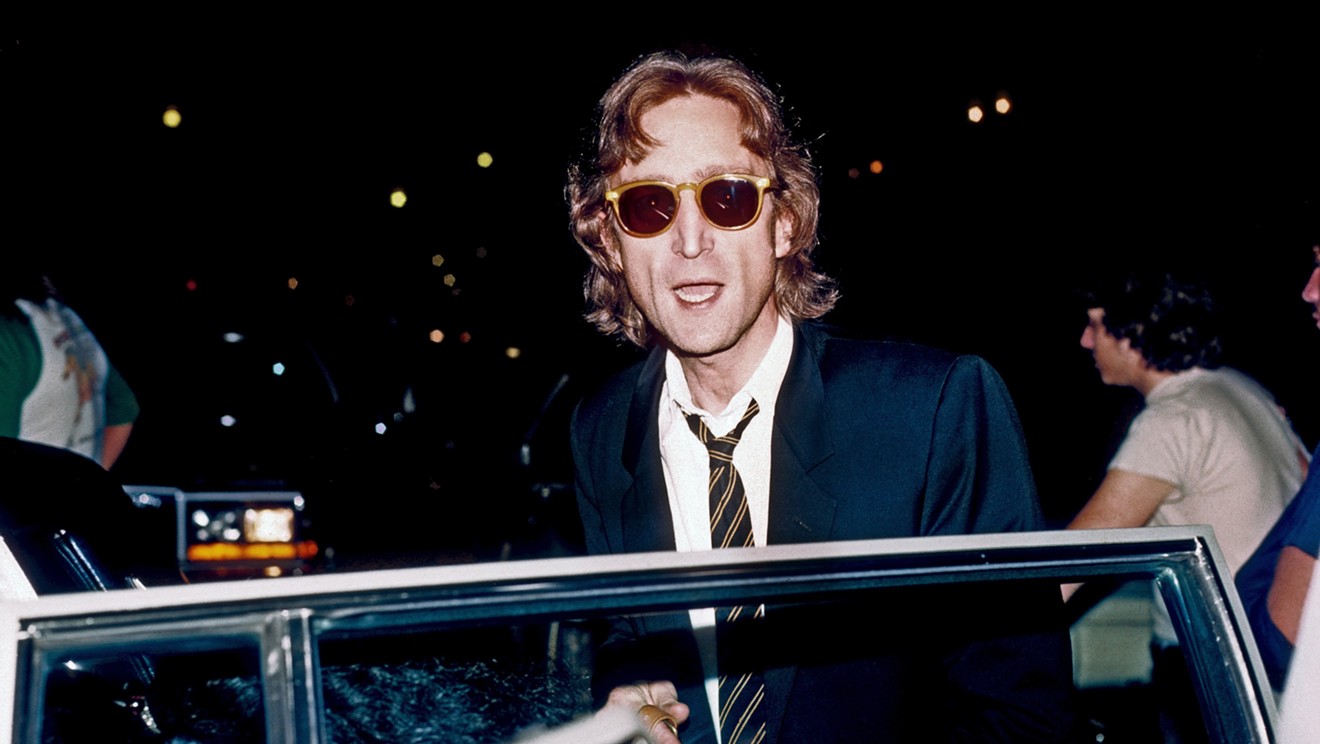 John Lennon would've turned 80 on Oct. 9. His legacy remains conflicting. Michael Ochs Archive/Getty
On Thursday, The Telegraph ran a story whose headline reeked of hollow clickbait but nonetheless posed a question worth pondering: “Would John Lennon have been canceled?”

The legendary Beatle and counterculture icon would've turned 80 on Oct. 9 had he not been murdered by Mark David Chapman on Dec. 8, 1980. This anniversary has led to an outpouring of tributes and a deluge of candid reflections on Lennon’s nuanced character.

Lennon’s flaws and contradictions, as well as his unrivaled artistry and fervent political activism, were encapsulated by his other departed bandmate, George Harrison, who famously said, “John Lennon is a saint and he's heavy-duty, and he's great and I love him. But at the same time, he's such a bastard. But that's the great thing about him, you see?"

The Fab Four’s lead guitarist said this with a zany, tongue-in-cheek tone, overlooking the more problematic aspects of his bandmate’s life. “Bastard” is an apt insult for the John Lennon that infamously said, “We’re more popular than Jesus.”

It’s also a word that could be used to endearingly rib the Lennon who had the following exchange with a young fan at a press conference before the Beatles’ 1964 Dallas show at Memorial Auditorium:

The word “bastard” shouldn’t be used in jest when discussing the John Lennon that wrote the incriminating lyrics in songs such as “Run For Your Life” (“Well, I'd rather see you dead, little girl / Than to be with another man”) and “Getting Better” (“I used to be cruel to my woman / I beat her and kept her apart from the things that she loved.”) There are nearly countless ways to describe the John Lennon who beat his first wife, Cynthia Powell, and their child, Julian Lennon, and a lighthearted “bastard” is not one of them.

So yes, Lennon would more than likely be canceled were he still alive today, but a compelling case could be made that the grave isn’t a deterrent to this. Left Twitter has made it a point to remind everyone and their dog and their dog’s fleas about Lennon’s abusive history, and the insufferable extent of these tendencies has even been lampooned by The Onion in the satirical article, “Man Always Gets Little Rush Out of Telling People John Lennon Beat Wife.”

Should we purge the legacies of everyone with a problematic history and start from scratch?

Dismissing the Beatles outright in saying “John Lennon is abusive trash” is easy, but when you realize that the bedrock of all pop culture is formed by artists and performers with uncomfortably questionable character, you arrive at an age-old conundrum: Should we purge the legacies of everyone with a problematic history and start from scratch?

If you feel a moral obligation to sequester yourself from these artists for the rest of your existence, that’s your prerogative, but coming to grips with their checkered pasts is easy when you realize that the musicians we idolize are flawed human beings. We needn't excuse or discount the horrors of their wrongdoings but should make a point of remembering that mankind’s evil inclinations are often so hideous and ubiquitous that they’re manifested in things that progress our culture and improve our lives. If that wasn’t the case, film students wouldn’t have to watch Birth of a Nation.

Lennon’s acts of domestic abuse are sickening, and if he were alive today, he would deserve to face accountability for them. He was also a songwriter extraordinaire who permanently changed the face of rock and pop music for the better, and even if his political activism inspired tone-deaf celebrities to create a cringeworthy singalong of “Imagine,” it was still a load-bearing pillar of the counterculture and the anti-war movement.

Those two facts are painfully reconcilable.
KEEP THE DALLAS OBSERVER FREE... Since we started the Dallas Observer, it has been defined as the free, independent voice of Dallas, and we'd like to keep it that way. With local media under siege, it's more important than ever for us to rally support behind funding our local journalism. You can help by participating in our "I Support" program, allowing us to keep offering readers access to our incisive coverage of local news, food and culture with no paywalls.
Make a one-time donation today for as little as $1.