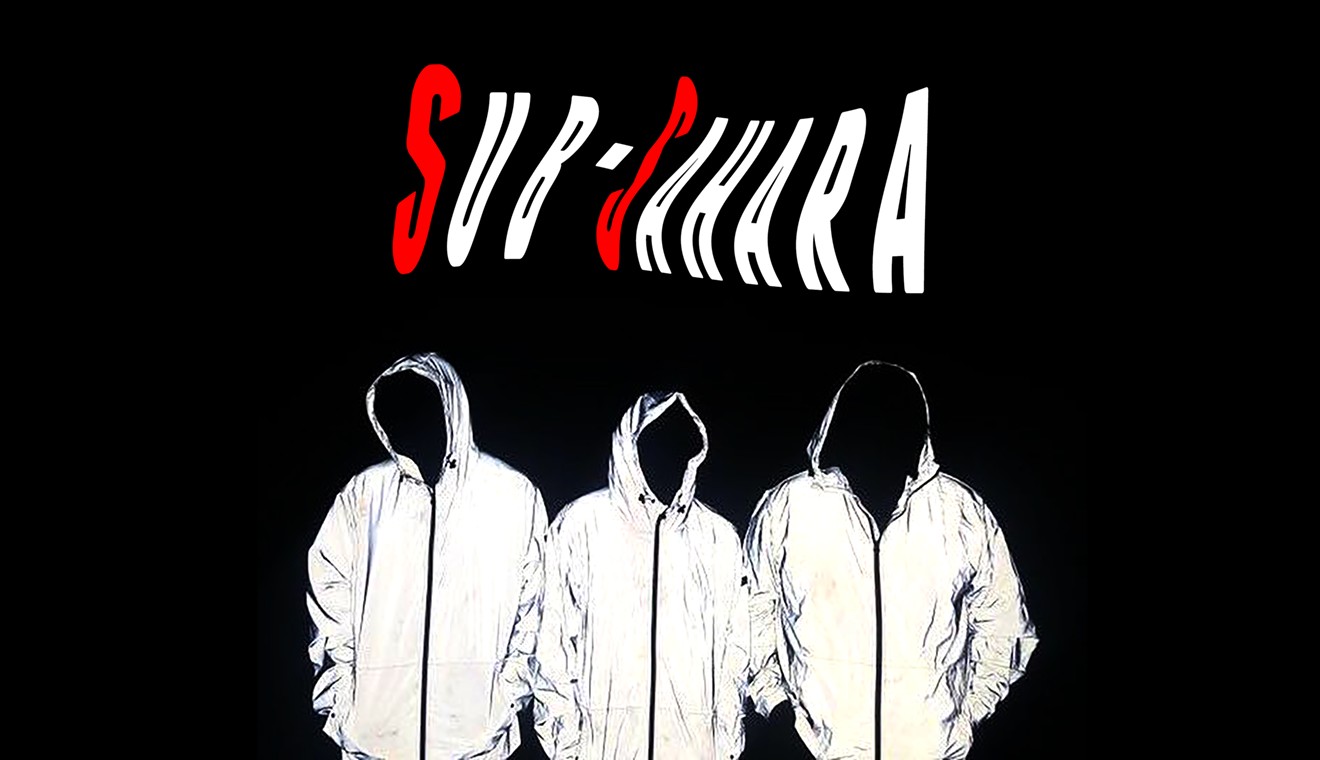 Sub-Sahara has a new EP out called Infatuation. courtesy Sub-Sahara

Nominated in the Best Live Act category of the Dallas Observer Music Awards, Sub-Sahara is known for their intense dance-punk shows that can quickly move from swaying hips to swinging fists on one of their signature explosive downbeats.

On Infatuation, the band’s third EP in just as many years, Sub-Sahara has captured the intensity of one of their live performances on cassette and digital.

Coming out on Dreamy Life Records on Friday, Nov. 2, the Infatuation EP’s six songs steam with spirituality, sentimentality and the search for understanding in a crowd.

“Ulna” begins with bass-driven foreboding, with DOMA-nominated bassist and lead singer Aarón Mireles introducing the audience into a world spinning in self-loathing. The song’s only lyrics — “I am a parasite / I am a leech / I am the one that makes God sick” — loop over and over on top of the hypnotic guitar of Elvis Martinez and the heartrending drums of Alex Mireles.

More than a maudlin meditation on one’s self-worth, “Ulna” builds the resentment with every repetition. By the end of the song, we are no longer pitying ourselves, we are owning our own shadows and celebrating our insecurities.

Things liven up a bit on the album’s second track and lead single, “Siberia.” The song marks the band’s first track recorded in Spanish, and it sounds like an homage to their heroes in The Cure with its melodic guitars and strangulated vocals.


The song marks the band’s first track recorded in Spanish, and it sounds like an homage to their heroes in The Cure with its melodic guitars and strangulated vocals.

“Pacemaker (9626)” finds the band lurking more on the emotional side of post-punk in its lyrical content while the music haunts listeners’ ear drums. Though not overtly political, it is difficult to listen to the song without hearing the precariousness of existence for people of Latin American origin.

In the EP’s next song, “Halal,” things move from the covertly political to the overtly personal with the singer commiserating with the audience’s sense of isolation from an insincere world in the song’s chorus: “With a final toast, you’ll be dying on the ground on a Sunday morning / The voices in your head saying you’ll always be alone / This is the price you pay, it’s the reason you stay in a hidden forest / there is no hope for you, I have been there too.”

Though offering no lyrical resolution, the song’s frenetic energy seems built for the stage and the community standing in front of it. This is not a song to wallow in; this is a song to shake it off to with a crowd that surrounds you in spirit just as a second voice joins the chorus, singing in rounds.

The EP’s penultimate track, the instrumental “Abacaxi,” showcases the band’s high energy and controlled chaos as it speeds up and slows down with the precision of a razor’s edge.

Concluding with the crowd favorite, “Pharmacy,” and its sing-along refrain “I’m so sorry I’m not sorry,” Sub-Sahara signs off on their EP as they would any of their performances — with the intention of bringing their audience together so they won’t fall apart.

In celebration of the EP’s release, the band will play shows across DFW all weekend long: Nov. 2 at Main at South Side in Fort Worth with Rosegarden Funeral Party, All Clean, and Chromagnus; Nov. 3 at Armoury DE in Dallas with The Bralettes and King Country; and Nov. 4 at BackYard on Bell in Denton with Steve Gnash, Upsetting, and Sealion.

The EP will be available on digital and high-bias cassette on Dreamy Life Records website and store on Friday and you can catch them playing at the DOMAs showcase Dec. 1.
KEEP THE DALLAS OBSERVER FREE... Since we started the Dallas Observer, it has been defined as the free, independent voice of Dallas, and we'd like to keep it that way. With local media under siege, it's more important than ever for us to rally support behind funding our local journalism. You can help by participating in our "I Support" program, allowing us to keep offering readers access to our incisive coverage of local news, food and culture with no paywalls.
Make a one-time donation today for as little as $1.