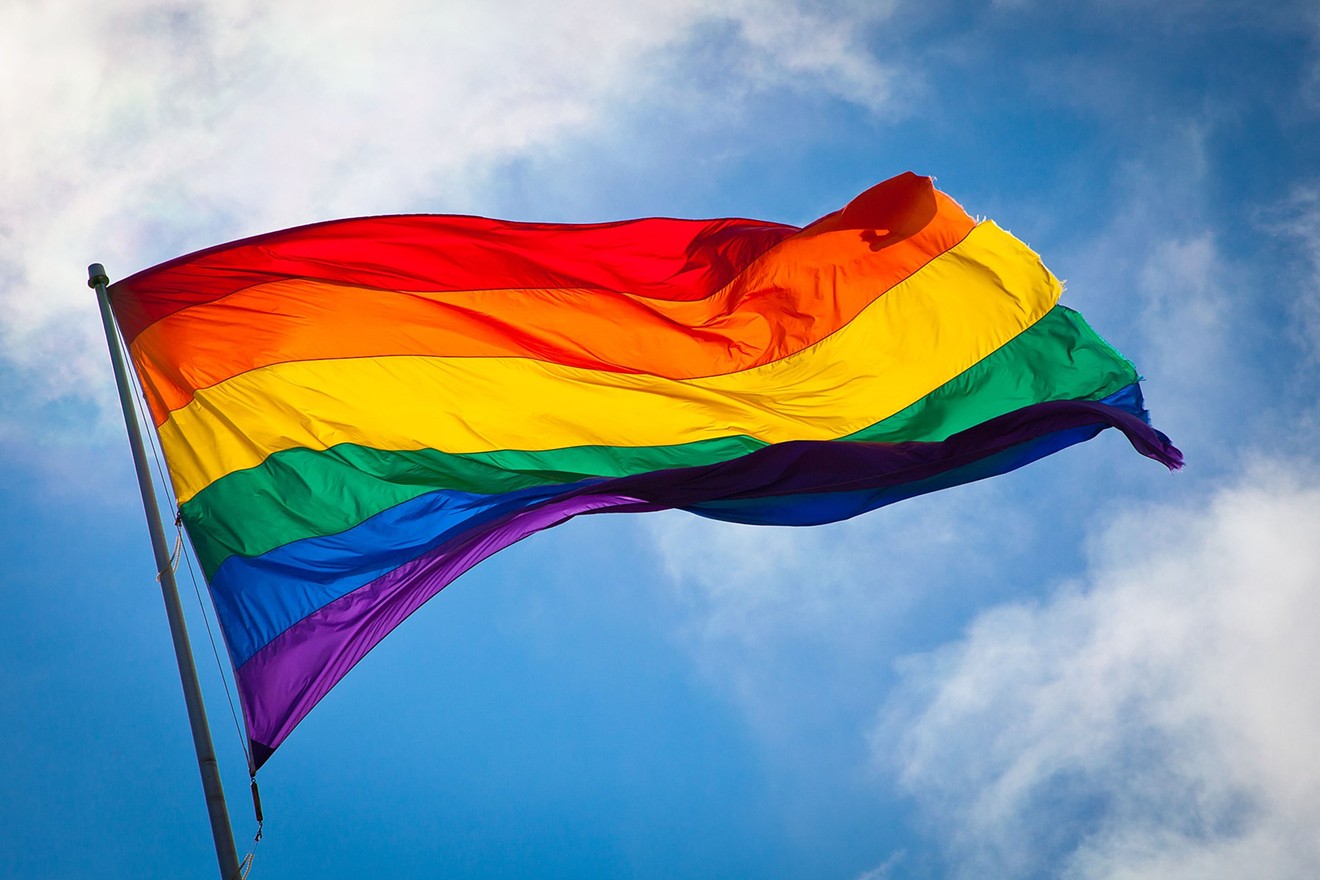 Rowlett Mayor Tammy Dana-Bashian didn't make everyone proud when she recently proclaimed this June Pride Month in the city. Benson Kua
Missy Tidwell has lived in Rowlett for more than three decades. Tidwell and some of her closest friends are often the ones screaming about injustices in the city. “We are a loosely organized bunch of town rebels basically,” Tidwell said. “When we see something wrong, we bring it to light. We believe in transparency.”

But Rowlett is a divided city, and they're not the only ones with strong opinions. "You have the super conservative, deeply held religious belief side," she explained. "Then, obviously, you have the ‘immoral’ people that aren’t the conservatives."

That rift is especially visible this month. Mayor Tammy Dana-Bashian recently announced the city would celebrate LGBTQ Pride Month throughout June. The city’s Diversity, Equity & Inclusion Commission (RDEIC) had first requested the mayor issue a proclamation, which was granted at the June 1 council meeting. The plan was to light up the city water tower that night in celebration.

“The RDEIC’s vision is acceptance and inclusion, and in my understanding of those words, there’s a key ingredient of equity,” Munal Mauladad, the commission's liaison, said at the meeting. “Inclusion leads to equity, and I’m encouraged to see how Rowlett’s inclusion reflects on our community.”

But several local pastors, including Steven Leatherwood from the First Baptist Church, showed up to the meeting to speak out against the decision.

“I know there are many people in the gay lifestyle who are good people and serve our community well, but to me, to put the lights on the water tower to advocate that lifestyle,  you might as well put up some lights for people who live in adultery and other promiscuous lifestyles,” Leatherwood said.

Tidwell and her friends requested all communications with City Council members regarding Pride month and the water tower lighting. (They forwarded those conversations to the Observer.) What Tidwell and her fellow rebels found was a wave of heated correspondence to city officials from residents and religious leaders who disapproved of the proclamation and want there to be a policy change. A few council members answered their calls.

Leatherwood, for instance, had fired off an angry email. “Why would you proclaim, declare and approve what God and His Word openly declares as wrong?” Leatherwood wrote. “You could just as easily & justifiably so acknowledge those who commit adultery. Sexual sin is sin. While our society allows both to exist, we do not need to promote it. My heart is heavily burdened and grieved at this news.”

Later, Larry Traylor, another pastor in the area, was driving along Main Street when he looked up and saw a sequence of lights flashing the colors of the rainbow illuminating the Rowlett water tower.

Traylor Sr. was offended. He wrote an email to City Council members arguing that it was “not reflective of Rowlett as a community."

He added, "Whatever policy allowed it to happen needs to be reversed."

With pressure mounting, the city released a statement explaining that while Rowlett celebrates all of the cultures and diversity in the community, the water tower lighting sequence was a mechanical malfunction. The lighting has been disabled until repairs can be made, the city said.

But Deputy Mayor Pro Tem Pamela Bell disputed this version of events. “We are working on getting this corrected!” Bell wrote to Traylor. She claimed some of the council members hadn't known or approved of the mayor's decision.

"I can say Brownie Sherrill, Martha Brown and myself do not agree!" she added, referring to other City Council members.

She offered to forward an email from Martha Brown and asked the pastor to find "as many people" as he could to sign it. In fact, she'd already been working behind the scenes.

The night the water tower lit up, Bell reached out to Pastor Brian Hiatt and his congregation for help. “The Tower is supporting Pride month!!” Bell said in her email. “Need a favor. Do you think it’s possible to get a Petition signed by your Congregation? Get as many names as possible asap! It takes 2 Council Members to have something placed on the Agenda! We can have it placed on June 15th Agenda to Vote on.”

Bell, Sherrill and Brown continued to rally the troops.

Sherrill later wrote to Hiatt, “Just so you will know. Council did not vote on or approve any proclamation. Speaking for myself and Pam Bell, we are on your side in this matter.” Hiatt told the council members the church would gather as many signatures as possible.

Then, early on June 2, Brown sent an email to City Manager Brian Funderburk inquiring about a change in Rowlett's proclamation policy.

“In light of last night's meeting, which I think was an embarrassment to everyone, I feel it would be wise to develop a Policy or add to an existing one that would require the approval of a majority of Council before a Proclamation can be issued,” Brown wrote.

"No elected official should be able to issue Proclamations that are opposed by the majority of Councilmembers and/or do not reflect the values of our community since Proclamations are stated to be on behalf of the Mayor, City Council and the City of Rowlett," she continued.

The opposing sides will face off during a City Council meeting Tuesday night, during which the city will hear from locals. “It’s turned into quite the shit storm,” Tidwell said.

Bell and Sherrill didn't respond to requests for comment. However, in an email, Brown said the council will be considering the creation of a new policy requiring approval of the majority of council before proclamations can be issued.

This will also be considered for the lighting of Rowlett's downtown water tower to support, promote or celebrate holidays and events. "I support this new policy as these recognitions should be decided upon in the same manner that Council makes all of our decisions; by majority vote," Brown wrote.

Tidwell said she's not sure what will happen in the end. Either way, she and her rebel friends intend to continue shining a spotlight on injustices in Rowlett.
KEEP THE DALLAS OBSERVER FREE... Since we started the Dallas Observer, it has been defined as the free, independent voice of Dallas, and we'd like to keep it that way. With local media under siege, it's more important than ever for us to rally support behind funding our local journalism. You can help by participating in our "I Support" program, allowing us to keep offering readers access to our incisive coverage of local news, food and culture with no paywalls.
Make a one-time donation today for as little as $1.