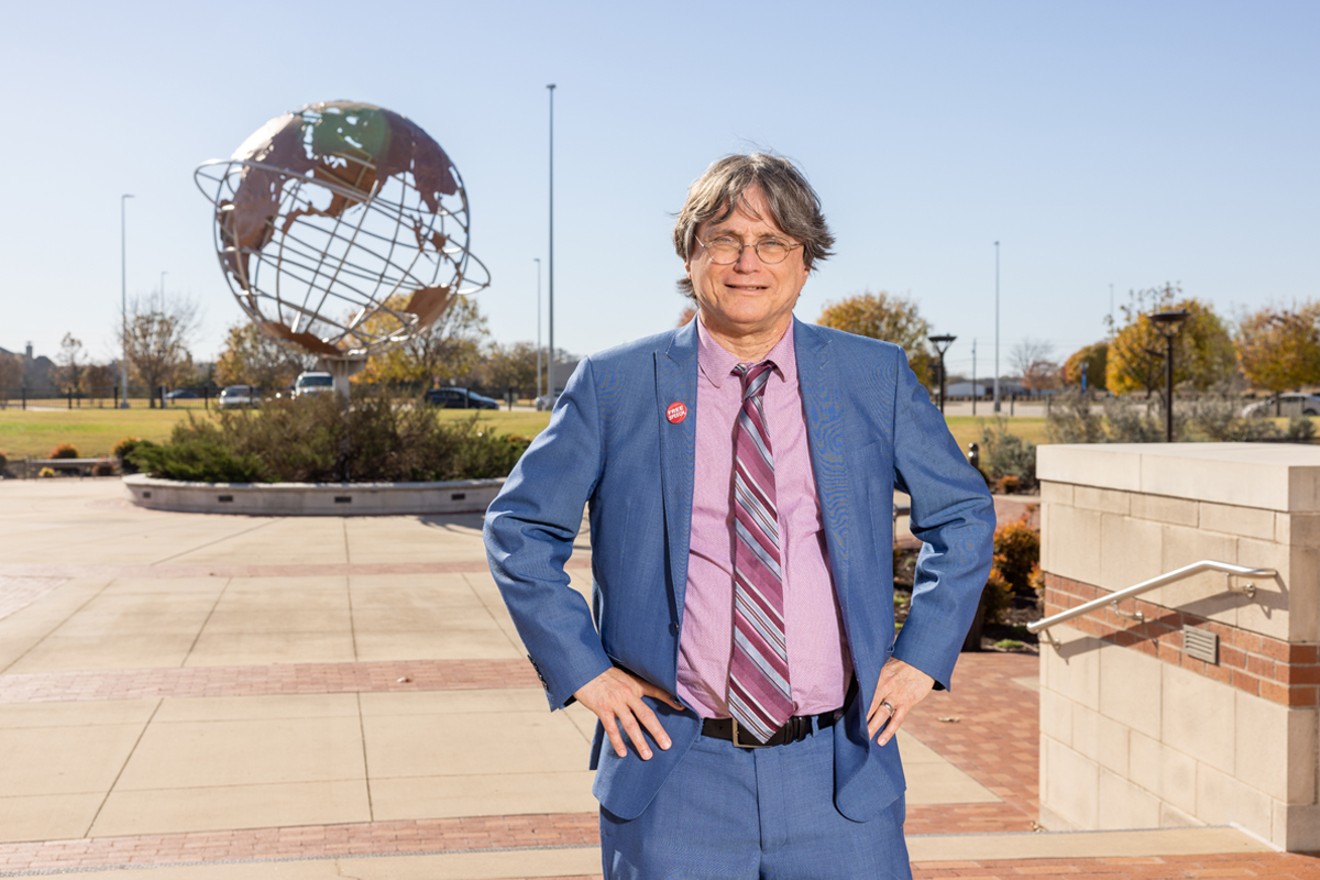 Among other reasons, Phillips and his legal team claim he was let go because he talked about history. And he’s one of several others who allege retaliation because they criticized the school’s handling of the coronavirus pandemic.

Now, with his contract set to expire in mid-May, Phillips is suing his employer. “It’s a four-alarm free speech fire at Collin College right now,” he said.

Phillips is represented by the Foundation for Individual Rights in Education (FIRE), a campus free speech nonprofit. FIRE has also aided professors Suzanne Jones and Lora Burnett in their own separate suits against their former employer.

This makes Phillips the third professor to sue Collin College over alleged free speech violations in the past year. It comes at a time when conservative leaders are ramping up attacks on academic freedom, both in Texas and nationwide.


Another day, another First Amendment lawsuit against Collin College.

He was fired for talking about history and criticizing the college’s COVID-19 policies.

Phillips is a preeminent scholar on race relations and was recently named educator of the year by the East Texas Historical Association. He’s won a national grant, sponsored student groups and put together special programs for the school, helping to make him one of the most accomplished faculty members there, by his estimation. “Clearly, the only reason they’re firing me is for exercising free speech,” he said.

Along with Collin College, President Neil Matkin and other university officials are named in the lawsuit.

According to the suit, Phillips was formally reprimanded after he slammed the school’s COVID-19 response on Facebook. Last September, he suggested that his students consider wearing face coverings and discussed the dangers of anti-mask advocacy groups amid the 1918 pandemic. After that, he claims, he was told during a disciplinary meeting to never again bring up masks in class.

The lawsuit says Phillips was asked by the school's senior vice president to help “create a narrative” surrounding his departure for a “graceful exit.” In exchange, Phillips claims he was offered help in a job search, which he declined.

In addition, in 2017 Phillips co-wrote an open letter in The Dallas Morning News that called for local Confederate monuments to be removed. The suit says the school took issue with the fact that Phillips had mentioned his Collin College affiliation, saying the piece “made the college look bad.”

Two years after the open letter, Phillips was issued an “employee coaching form” for speaking with the media, the lawsuit continues. This time, the school was unhappy he’d provided context to The Washington Post for a story on the El Paso shooter, a former Collin College student who sought to kill Mexicans in a Walmart.

Former Collin College professor Jones also signed the open letter calling for the dismantling of Confederate monuments, which was similarly one of the reasons cited for her termination. Burnett, meanwhile, claims her road to removal started when she criticized then-Vice President Mike Pence in an October 2020 tweet. (In January, Burnett accepted the school’s offer to pay her $70,000, plus nearly $40,000 in attorneys’ fees.)

“Collin College is the epicenter of censorship in the state of Texas,” FIRE attorney Katlyn Patton said in a statement. “How many more lawsuits will it take, and how many more payouts will taxpayers have to shoulder, before Collin College leaders realize that the Constitution applies to them too?”

"I have the truth on my side ... and I'm going to fight until I prevail." – Dr. Michael Phillips

The decision to part ways with Phillips comes even though he’d been recommended for a three-year extension by a Collin College faculty group that evaluates professors who are up for new contracts.

But the way Collin College sees it, Phillips' story is all wrong. In a statement, spokesperson Marisela Cadena-Smith pointed to the fact that his term contract was already set to end this May. She also said the college has “every right” to decide who’s on its faculty roster.

“While it is regrettable that Dr. Phillips has chosen to mischaracterize facts and file a lawsuit, the college looks forward to defending its actions in court,” Cadena-Smith said.

FIRE alleges the school has repeatedly infringed on professors’ First Amendment rights, retaliating against them for weighing in on issues of public concern.

Phillips claims the administration informed him that an unspecified number of students didn’t like what he had to say about masks. But a number of other topics could also be upsetting for some, including evolution and LGBTQ+ history, he said.

This could make for an antagonistic relationship between students and teachers, the latter of whom are essentially being told that the administration doesn’t have their backs, Phillips said. Now, he fears that any time a controversial subject crops up, professors will have to think: “Will this be the classroom discussion that gets me fired?”

“They created an atmosphere of fear, and then students get denied the quality education they deserve,” Phillips said. “It’s the students most of all who are harmed by this.”

Still, some don’t seem to understand that government institutions, like Collin College, can’t fire employees for their politics, Burnett said. By parting ways with Phillips days after offering her payment — and spending more than $100,000 in the process — the school has shown a contempt for both the First Amendment and the taxpayers, she said.

Students deserve to attend a school where professors are free to teach, and free to engage in political speech outside class like anyone else, Burnett continued. “One way or another, there’s going to be change at that college," she said. "Either a judge will order it, or the public will demand it."

Phillips, meanwhile, wants to see policy changes, receive his just compensation and be reinstated. He’ll continue to hold faith in the Constitution and the rightness of his cause.

“I have the truth on my side … We have case law on our side, precedent on our side,” he said. “And I’m going to fight until I prevail.”