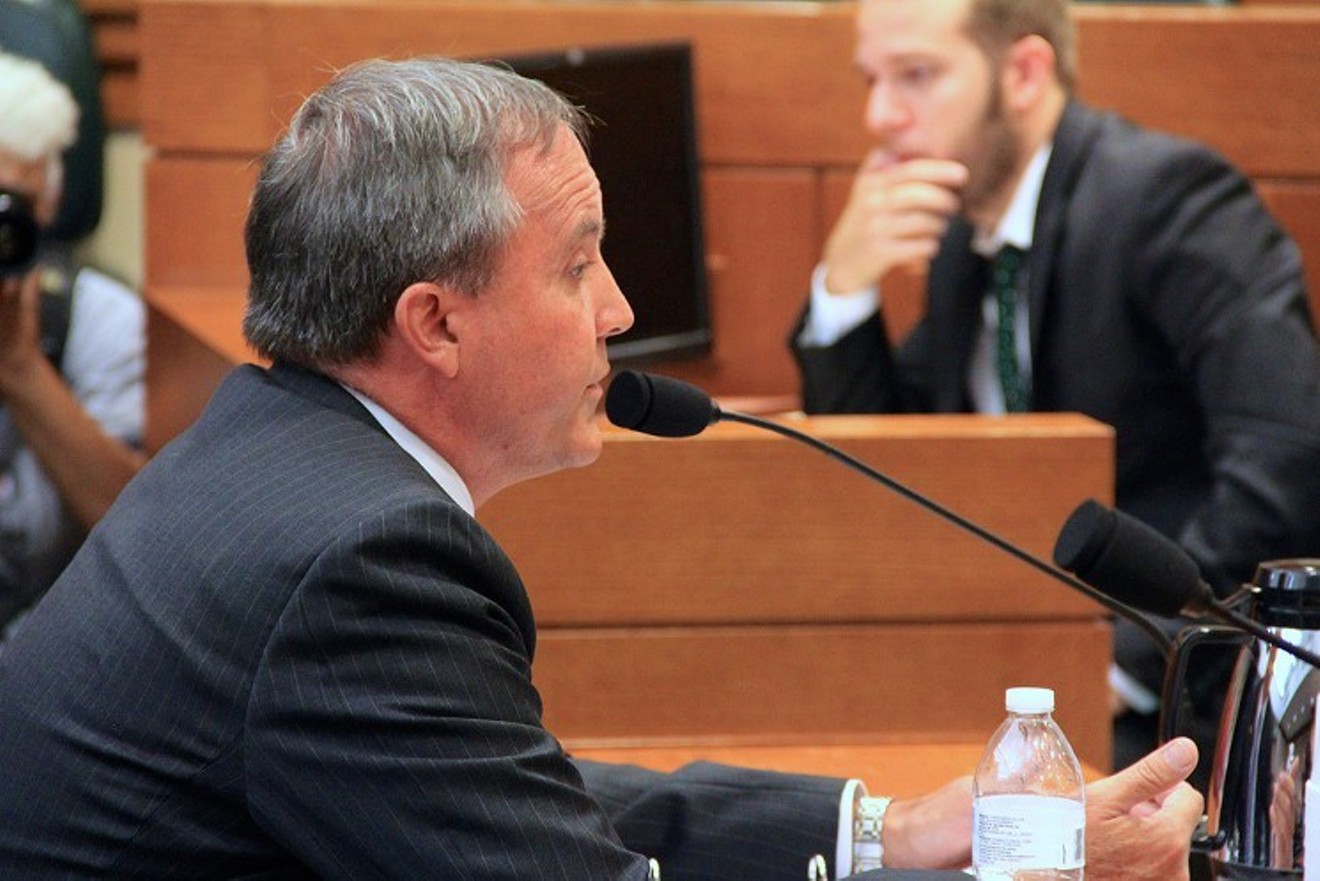 As the pandemic has continued and the elections have grown closer, several Texas counties, including Dallas County, have affirmed their belief that anyone who wants an absentee ballot should be able to get one.

Paxton believes that state law,  which requires voters requesting a mail-in ballot to be either older than 65, out of their county of residence for the duration of early voting and on Election Day or disabled, precludes voters who merely fear that they may contract COVID-19 at their polling places from voting by mail


"It is unfortunate that certain county election officials have refused to perform their duties and have instead unlawfully gone beyond the Legislature’s determination of who is eligible to vote by mail." — Ken Paxton

“Each misapplication of Texas election law damages the integrity of our elections and increases the risk of voter fraud. In-person voting is the surest way to prevent voter fraud and guarantee that every voter is who they claim to be and has a fair opportunity to cast their vote,” Paxton said. “It is unfortunate that certain county election officials have refused to perform their duties and have instead unlawfully gone beyond the Legislature’s determination of who is eligible to vote by mail. My office will continue to defend the integrity of Texas’s election laws.”

Dallas County Commissioner's' Court voted 4-1 early this month to support mail-in ballots for all who want them. Residents could claim a disability on their application, according to the court's order. JJ Koch, the court's lone Republican and dissenting vote, accused the court of encouraging prospective mail-in voters to commit a crime.

“After a month of thousands of mail-in ballot requests sent by Texans who are under the age of 65, Paxton now wants to upset the election process. Apparently, none of the counties agree with Ken Paxton’s view that everybody under age 65 has to vote in person during a pandemic and the court shouldn’t either. The Legislature provided for vote-by-mail in these pandemic circumstances," Texas Democratic Party General Counsel Chad Dunn said. "Whether the state courts or the federal courts resolve the matter, a citizen’s right to vote will be protected.”

Dallas County Elections Administrator Toni Pippins-Poole did not immediately respond to a request for comment.
KEEP THE DALLAS OBSERVER FREE... Since we started the Dallas Observer, it has been defined as the free, independent voice of Dallas, and we'd like to keep it that way. With local media under siege, it's more important than ever for us to rally support behind funding our local journalism. You can help by participating in our "I Support" program, allowing us to keep offering readers access to our incisive coverage of local news, food and culture with no paywalls.
Make a one-time donation today for as little as $1.