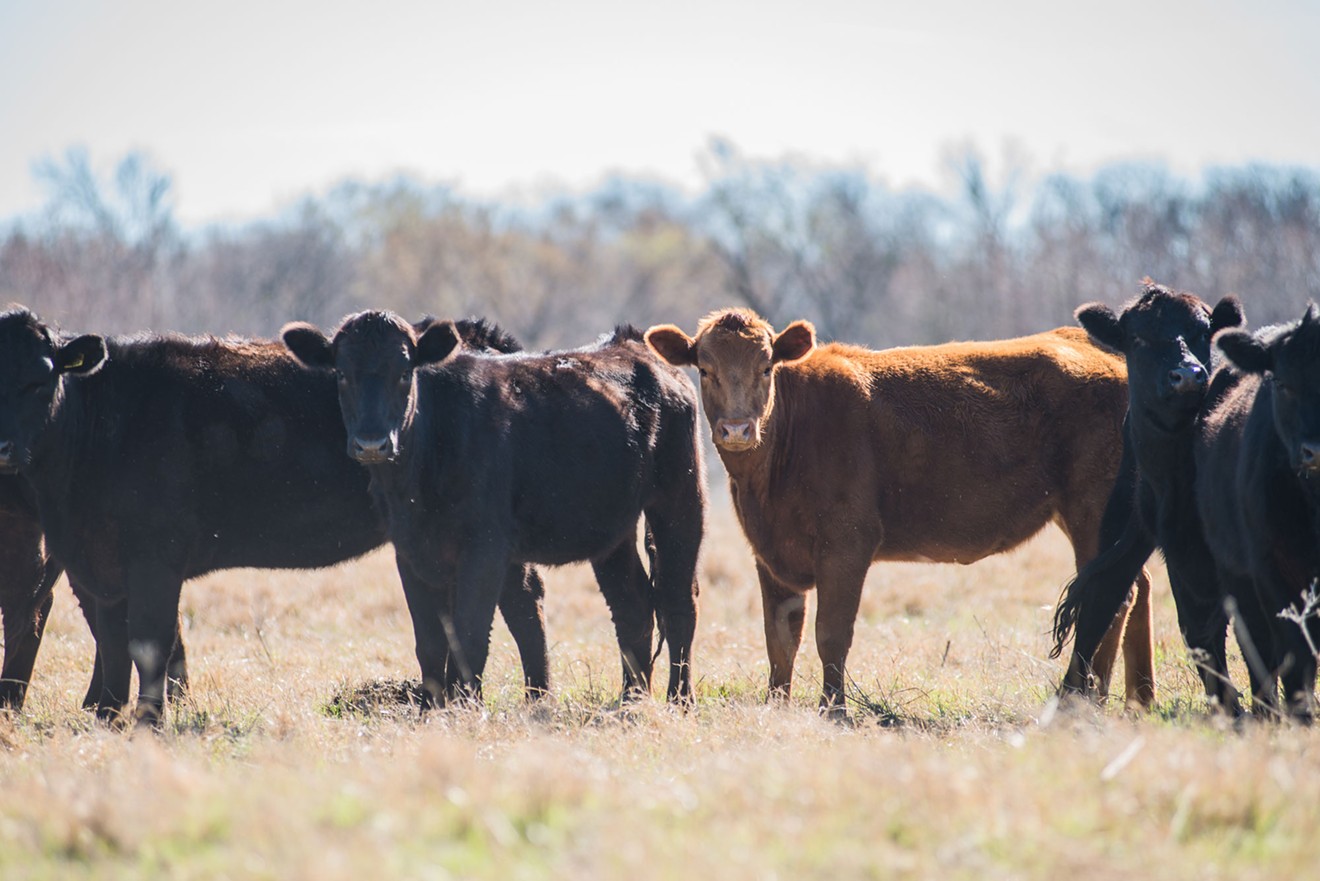 Cattle on Jon Taggart's ranch in Grandview, Texas Can Turkyilmaz
Eat less meat: the refrain has run through many recent articles and reports about climate change and the urgent need to take care of the world and manage its natural resources. And the most recent United Nations climate report, or at least a lot of the coverage of it, said much the same thing.

But Texas ranchers and cattle feeders are pushing back on that assessment, saying that's not the whole story. There's too much focus on the beef industry, they say, and people who say we should eat less meat are overlooking the benefits of meat protein and the positive ways cattle interact with the environment.

“It’s incorrect, and frankly irresponsible, to compare U.S. beef production with global numbers, as the way beef is produced in the U.S. is not the same as the rest of the world,” said Carmen Fenton, director of communications for the Texas Cattle Feeders Association.

The report names livestock cultivation as one of the aspects of food production that needs to shift in order to keep the planet from warming less than 2 degrees Celsius a year — the threshold under which scientists say it is critical to stay in order to avoid the most catastrophic effects of climate change. But it doesn't explicitly say that we should eat less meat. Rather, it states that plant-based diets generally come from foods with a low carbon footprint and that land management is crucial to keeping the planet healthy.

“IPCC does not recommend people’s diets. What we’ve pointed out on the basis of the scientific evidence is that there are certain diets that have a lower carbon footprint,” said Jim Skea, co-chair of the working group that put together the report, according to a tweet from the Intergovernmental Panel on Climate Change.

“It’s incorrect, and frankly irresponsible, to compare U.S. beef production with global numbers, as the way beef is produced in the U.S. is not the same as the rest of the world." — Carmen Fenton


It's curious, then, to home in on dietary changes out of all the considerations presented in the report, said Sarah Place, the director of sustainability for National Cattlemen's Beef Association. But since climate change is such an enormous, often intangible issue, meat consumption is something that's easier to grasp on an individual level.

According to an Environmental Protection Agency report tracking emissions in the United States — defined as carbon dioxide, methane, nitrous oxide and fluoridated gases — the agriculture industry produced 9% of emissions annually between 1990 and 2017. But 62% of those agriculture industry emissions come from cows, including dairy heifers, says the Food and Agriculture Organization of the U.N.

Cattle, and all ruminant animals, burp out methane gas and their excrement produces both nitrous oxide and ammonia pollution. Likewise, growth and production of their food and transportation to feed lots and slaughter facilities emit pollutants, according to the organization.

All of these pollutants need to be drastically reduced, the U.N. report says, in addition to other adjustments in food production.

At a press conference for the report, co-chair Eduardo Calvo Buendía said that "the food system as a whole — which includes food production and processing, transport, retail consumption, loss and waste — is currently responsible for up to a third of our global greenhouse gas emissions.”

What news reports about the report that focus on emissions overlook is that cattle and herd animals are critical to grassland management, said Gary Price, owner of the 26,000-acre 77 Ranch.

The ranch, about an hour south of Dallas in the Blackland Prairie region, is on land once tilled under for cotton fields. Price has worked to return it to native grasslands. Grasslands, he said, sequester carbon from the atmosphere and help keep the earth cool. Cattle trample seeds into them and keep them fertilized with their manure, and the grass they pack into the ground filters rain that enters underground aquifers and ends up in city water supplies, he said.

On the Burgundy Ranch, Jon Taggart raises 100% grass-fed beef for economic reasons, but they are better for the environment too, he says. Returning the land to natural grasslands, feeding cattle an all-grass diet and frequently switching up where his cows grazed was more economically viable than conventional cattle farming methods. He no longer had to pay for his cows to be finished off in feed yards, and with his own processing plant four miles from the ranch, he eliminated the cost of paying someone else to process his animals.

“I describe myself as a fiscally conservative environmentalist,” he said.

Although small operations like Taggart's have been successful, he doesn't think the whole industry could keep up with the current demand producing beef the way he does. The vast majority of cattle still are raised on grass and finished off in feed yards, a method that is widely regarded as less environmentally friendly, but more efficient than 100% grass-fed beef.
KEEP THE DALLAS OBSERVER FREE... Since we started the Dallas Observer, it has been defined as the free, independent voice of Dallas, and we'd like to keep it that way. With local media under siege, it's more important than ever for us to rally support behind funding our local journalism. You can help by participating in our "I Support" program, allowing us to keep offering readers access to our incisive coverage of local news, food and culture with no paywalls.
Make a one-time donation today for as little as $1.