From 'In God We Trust' to Bullet Shields, the New Schoolyear's on Track to Become a Dumpster Fire 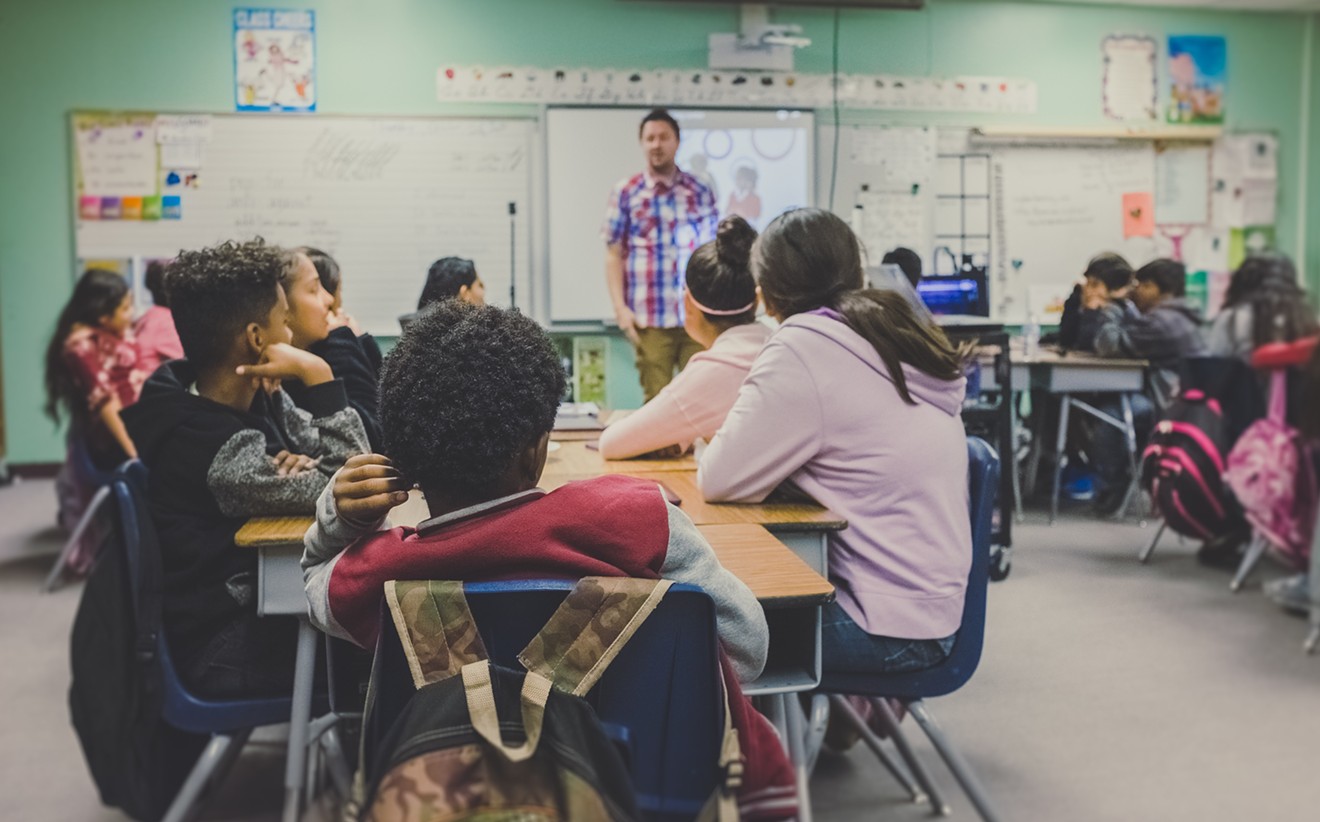 Some education advocates fear that many teachers may soon leave the field. Photo by NeONBRAND on Unsplash
Many school districts statewide, including Dallas ISD, welcomed students back to class last week. But even though we’re only days into the 2022–23 academic year, the news coming out of Texas’ schoolhouses is already off the rails.

The past couple of years have been tough for educators and students alike. The pandemic worked to introduce widespread learning loss and behavioral issues.

And unfortunately for Texas’ school districts, state lawmakers haven’t made things much easier.

Last year, politicians passed a law banning the instruction of so-called “critical race theory,” which districts say isn’t even taught in public schools. But in conservative circles, the buzzword has led to attempts to whitewash curricula that touches on racism.

After putting up with years of budget cuts, comparatively low salaries and attacks from parents and state legislators, many Texas teachers have had enough. And 70% of educators are considering leaving the field, according to a survey released earlier this month.

With a looming hemorrhage of employees and students causing trouble, here’s some of the craziest news to come from public education so far this fall.

‘In God We Trust’ Posters

Texas has an abundance of churches, but officials apparently think that we need to add more God to institutional buildings. Last year, legislators passed a law dictating that schools must exhibit donated “In God We Trust” posters in a conspicuous place.

Carroll ISD recently announced it will hang such signs in its schools after receiving contributions from Christian conservative wireless company Patriot Mobile.

Critics have described the law as “Christian nationalism” in action.

Following the Uvalde elementary school shooting in May, many Texas districts scrambled to roll out new security measures ahead of the 2022–23 school year. Officials have installed locks and camera systems and encouraged teachers to carry arms.

And last week, Gov. Greg Abbott announced that applications are open for the state’s $50 million grant program for ballistic shields.

“Texas is working with law enforcement to keep children, teachers, & schools safe as the new school year begins,” Abbott said in a tweet.

North Texas is in the national spotlight thanks to a book-based controversy brewing in Keller ISD.

Last week, some were outraged after school staff received an email that asked them to pull more than 40 titles from classes and library shelves. A graphic novel adaptation of Anne Frank’s diary and the Bible were among the challenged titles. (On Friday, the district noted that both books have been returned to circulation following review.)

Many on social media began alleging that the Bible and Anne Frank's The Diary of a Young Girl had been “banned,” which led to Snopes.com debunking the claim. Keller ISD has provided clarification, stating that the Bible and the graphic novel adaption of Anne Frank's diary had been previously challenged and were thereby under review, but that “none of the books under reevaluation were banned.”

The state’s educators are apparently sprinting for the exit.

From January to July this year, resignations and retirements were nearly 50% higher “than the average of the previous four years,” according to WFAA. In 2022, more than 1,300 teachers fled Dallas ISD, amounting to a 56% increase over the average.

A leader from the United Educators Association described the trend to WFAA, saying, “It is a perfect storm right now, and they’re fed up, and they’re leaving the professions in droves.”
KEEP THE DALLAS OBSERVER FREE... Since we started the Dallas Observer, it has been defined as the free, independent voice of Dallas, and we'd like to keep it that way. With local media under siege, it's more important than ever for us to rally support behind funding our local journalism. You can help by participating in our "I Support" program, allowing us to keep offering readers access to our incisive coverage of local news, food and culture with no paywalls.
Make a one-time donation today for as little as $1.