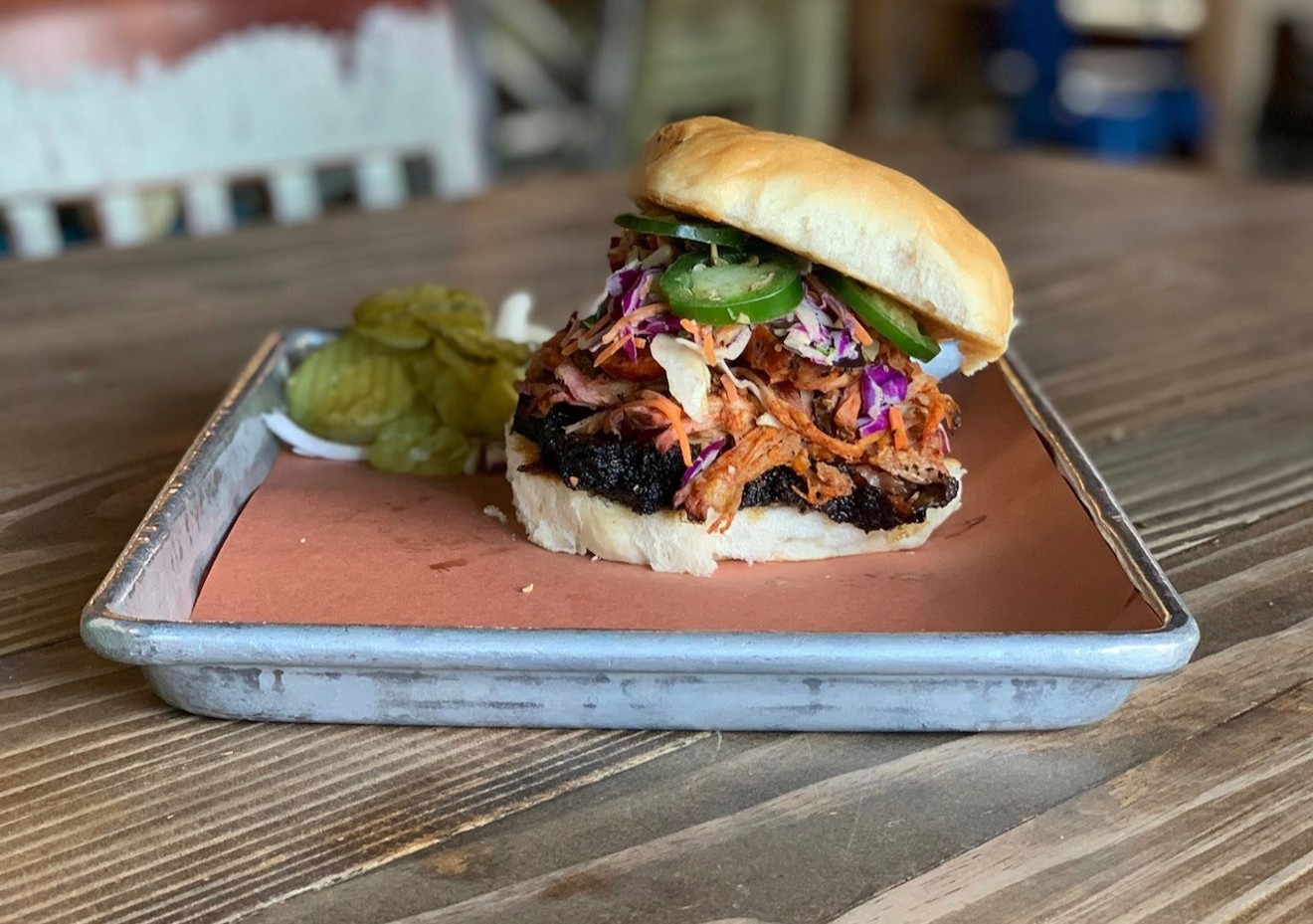 Pecan Lodge's Pitmaster sandwich went up against Smokey John's Big John sandwich. courtesy Pecan Lodge
Good Morning America  hit the road this week on a quest to find the best barbecue in America. The show visited four cities — Dallas, Chicago, Tampa and Washington —  to select one top barbecue restaurant from each. The winner of each will meet in New York City for a final cook-off on Monday, May 16. The grand prize winner gets $10,000.

Their first stop was Dallas, where Juan and Brent Reaves of Smokey John’s Bar-B-Que went toe-to-toe with Justin and Diane Fourton of Pecan Lodge. Each spot put up their best sandwich for this competition.

The panel of judges included Dallas Cowboys' quarterback Dak Prescott, former QB Troy Aikman, WFAA sports anchor Joe Trahan and ESPN commentator Joe Buck. Buck and Aikman were a bit wheels off during the taste test; Aikman didn't take a single bite of food (but also didn't vote) and insisted the crowd eat. Buck used his shirt as a napkin and swooned over Aikman as he's known to do. Trahan and Prescott took their duties a bit more to heart.

In the end, Prescott and Trahan went with Smokey John's. Buck voted for Pecan Lodge, but there was a lot of watching to see who was doing what.

So, this coming Monday, the Reaves brothers will head to New York City to represent Dallas. They'll face off against the winners from winners from Chicago, Tampa, and Washington D.C.

This is one of several television appearances the Reaves brothers have made within the past year, including one on Discovery Plus’ Restaurant Recovery and A&E’s Deep Fried Dynasty.

The final round of Good Morning America’s United States of BBQ competition will air on Monday, May 16, from 6 to 8 a.m. CST on ABC.
KEEP THE DALLAS OBSERVER FREE... Since we started the Dallas Observer, it has been defined as the free, independent voice of Dallas, and we'd like to keep it that way. With local media under siege, it's more important than ever for us to rally support behind funding our local journalism. You can help by participating in our "I Support" program, allowing us to keep offering readers access to our incisive coverage of local news, food and culture with no paywalls.
Make a one-time donation today for as little as $1.