Dallas' Most Famous Cheddar Fries Are Over the Hill 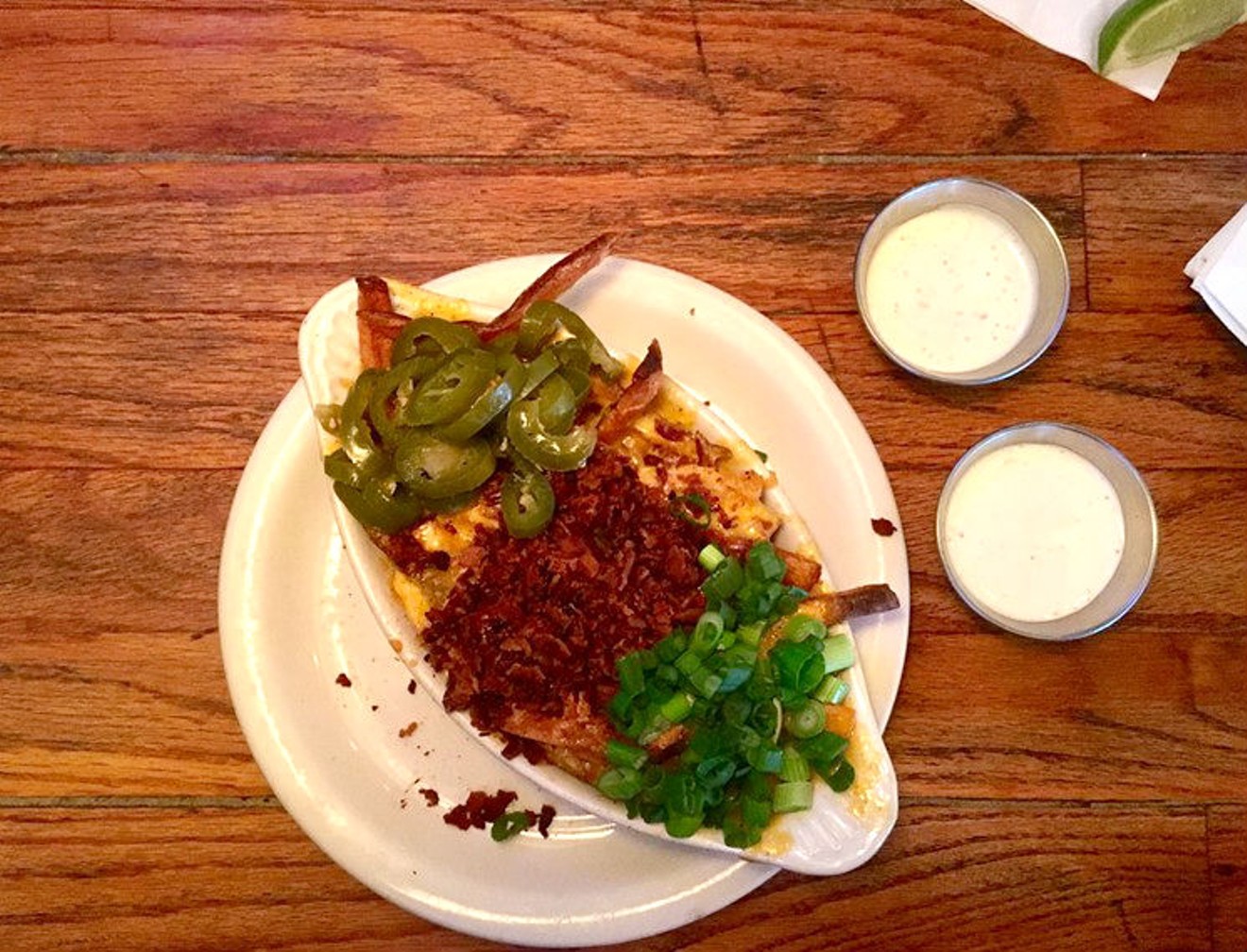 Grab a booth and a medium-sized order of cheddar fries at Snuffer's. It's $5.99. Nick Rallo
It is already known that you’ll order the dish. It’s predestined from the moment you step inside the original Snuffer’s. On a recent visit, a server filled in the words before they were uttered.

“I’m going to need to have ...” I said in a haze, and she finished for me, whispering, “the cheddar fries.”

You know these fries well. For years, you’ve craned forkfuls of them into ranch dressing ramekins. This year, there’s some extra prestige: 2018 marks the 40th anniversary of Snuffer’s cheddar fries.

There’s an important concept to master before you re-enter Snuffer’s: The dish is not, under any circumstances, “cheese fries.” There are countless bars dousing their flabby, uncrispy potatoes with melted, from-the-can cheese sauce slop. No, Snuffer’s has cheddar fries. Get the name wrong, and Robocop emerges from the shadows and hurls you from the city by your shirt collar.

Many bars promise cheese fries. No other restaurant gives away a vacation at Cheddar Lake in a potato canoe. Two ramekins of ranch for dipping? Always. This is Dallas, friends. Snuffer’s fries aren’t Dallas' best cheese fries. They’re our best cheddar fries.

Aged cheddar blisters and melts under the salamander once, then again. More fries and cheddar and repeat. Bacon hisses on the flat top until it can broken into shards. Green onions and jalapeños are sliced into rounds. Jalapeño discs, bacon bits and green onions sit in three neat panels over the crust of cheese and fries. The dish arrives at your table like a flag from the beautiful land of carbohydrates. Every two or three days, the Snuffer’s team blanches and fries another giant batch of Idaho potatoes. 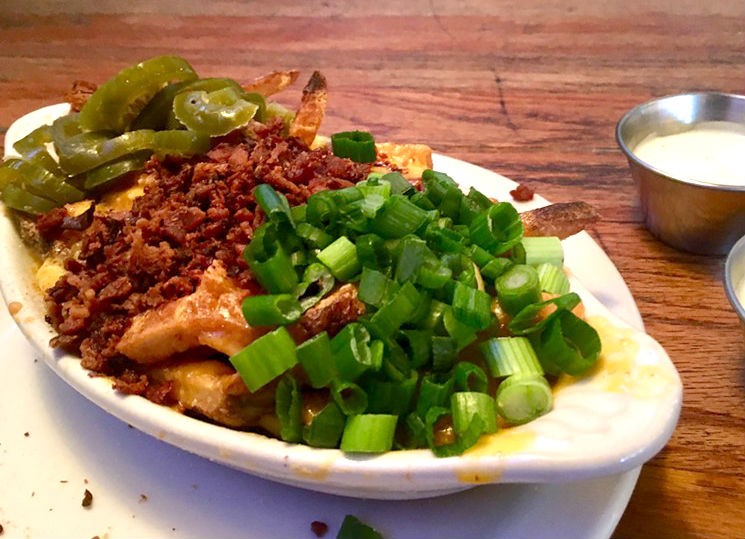 The first Snuffer's opened on Greenville on June 18, 1978.
Nick Rallo
The legend of the Snuffer’s famous fries goes like this: Sometime after opening, a group of Southern Methodist University students, perhaps feeling the joys of cocktails roiling around in their skulls, asked if Snuffer’s seasoned french fries might be improved with a lake of melted cheese. It sparked Pat Snuffer’s creativity.

In 2013, Snuffer sold the spot to Mike Karns, owner of the Firebird Restaurant Group (which also owns El Fenix). As Chambers conveys, Karns felt strongly about keeping all of Pat Snuffer’s components in place. Snuffer’s offers burgers and sandwiches, which are mostly mediocre, but the fries are explosive.

“It takes a lot of time to make it,” Chambers says. “We’ve never changed the recipe. It’s one of those things. ... It’s been around for 40 years, and it’s the same ranch.”

There are 13 Snuffers locations (there were six when Firebird took control), including the original on Greenville. They sell somewhere between 25 and 50 orders of cheddar fries a day.

How do you eat them? For more than a decade, I’ve started with the crunchy potato bits — the burnt ends of french fries — and eased them into Snuffer’s housemade ranch. Once the burnt ends are consumed, I plunge a fork into the jalapeño panel, twirling tender potatoes, lightly crisp, and cheese into stretchy, pully, golden mess. I lower that whole thing into the ranch pool. Maybe you let the bacon bits be the finale. Maybe you scrape off some green onions. On a recent visit, I witnessed one hero drizzle ranch over everything like it was an elementary school pizza.

This is bar food, thoughtfully executed for four decades with staggering consistency. Yes, the fries are calorie-destroyers, diet bombs of cheese and potatoes, but that's not why you're here. You're here for fries, beer, and a Hootie and the Blowfish song playing in the background. Some chefs opt for frozen fries because of the magical way they crisp. Some do fresh, and some upend a homemade American cheese sauce over everything with chopped green onions.

Snuffer's cheddar fries are as delicious as ever.