You Think It's Just a Game? 15 of eSports' Most Popular Video Games. A still from a League of Legends game. It's the biggest video game in eSports. courtesy of Riot Games
The games that professional eSports athletes compete on aren't just netting them tired thumbs and a few pixelated coins. The collegiate and professional eSports industry that's on the rise in Dallas is fueled by games from a multibillion-dollar media industry, and it's starting to rival the revenues of film and television distribution.

Pro-gamers compete across multiple genres that range from complex strategy games, where plotting careful moves and assigning roles to the right player can mean the difference between victory and defeat, to violent shooters where being the first to drain all the life from your enemy will net you millions in winnings. These are some of the most popular games being played on both the eSports circuit and among everyday gamers.

League of Legends
Riot Games' signature multiplayer online battle arena (MOBA) has been around since 2009 and it is the most popular eSports title on the planet. Unfamiliar eyes might just see it as a simple hack-and-slash-your-way-to victory-in-an-online-fantasy world title. However, League of Legends offers deep opportunities for strategy with a large library of different champions that have unique abilities and open up as players level up through the ranks.

The massive community built around this game has turned it into a sport all its own, with global tournaments that offer prizes in the millions; sponsored teams that can attract the likes of Mercedes-Benz and T-Mobile; and even its own language, with terms that refer to specific stats and game moments like "creep score" (the number of minions killed) and "kiting" (the act of fleeing an enemy attack while still dealing out damage on them).

"It's the biggest game of the world," says Benjamin Kratsch, the global content director of eSports.com. "Thirty-three million people just watched the world championships. Airbus has bought a team. It’s a phenomenon." 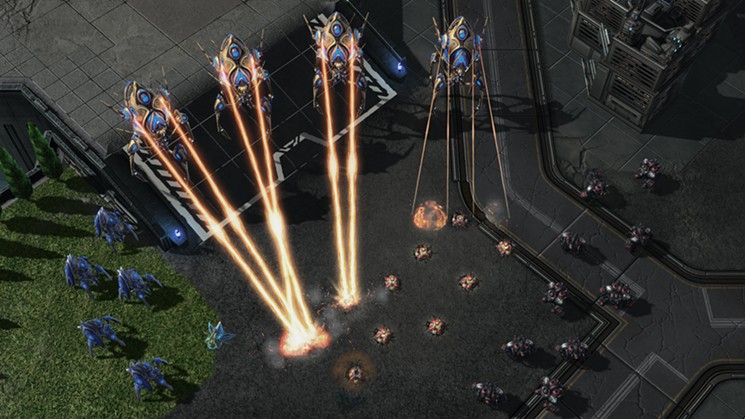 Courtesy of Blizzard Entertainment
StarCraft II: Heart of the Swarm
Blizzard's sci-fi themed spinoff of the popular WarCraft war-strategy game became one of the company's biggest hits in the late '90s and early 2000s, and one of the first eSports games. Other titles have since surpassed its popularity in eSports, and this expansion pack was designed to get the StarCraft franchise back into the competition. The multiplayer expansion adds a bunch of new recruits to the game's traditional warrior types and five terrain maps that present different challenges to virtual alien warfare. Just like traditional sports, the game's concept and goals are simple, but only the most intuitive and talented players can master its skills and strategies. Courtesy of Blizzard Entertainment
Heroes of the Storm
This MOBA from Blizzard aims to knock League of Legends from the very high pedestal it has built for itself in the eSports and gaming markets by diving into the Blizzard vault of classic games. Two teams of five players face off on a series of maps, with the shared goal of destroying their enemy's "Core" or home base, by slashing and shooting through their opponents and waves of their minions. The game takes different heroes from other Blizzard classics like World of WarCraft, Diablo and The Lost Vikings and pits them against each other in a series of battleground maps, each with its own special currency that can be spent on special minions for armies of golems, dragons and a "Predatory mech."

Even though it's one of the newer titles on the eSports circuit, it's quickly becoming one of the most lucrative games for eSports teams. The University of Texas at Arlington's eSports team took the top prize at Blizzard's Heroes of the Dorm tournament in Las Vegas last April, earning each player a $75,000 scholarship. Courtesy of Activision
Call of Duty: Infinite Warfare
Some of the first eSports titles to score their own major league tournaments were first-person shooters like id's Quake III Arena and some of the early Call of Duty games. Activision's latest contribution to Call of Duty's eSports line offers some of the most lucrative prizes to players who are good at killing their opponents with high-grade military weaponry on an interplanetary battleground. OpTic Gaming, a competitive eSports team that's relocating its headquarters to Dallas, won the 2017 Call of Duty World League Championship and a $600,000 grand prize.

"It's super fast and super competitive," Kratsch says. "It’s the biggest console shooter in the world." 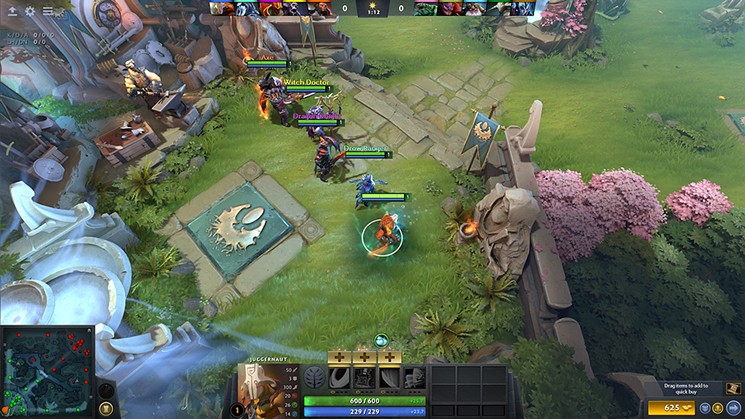 Courtesy of Valve
Dota 2
This sequel to Valve's DotA (Defense of the Ancients) is one of the eSports world's most complex titles that only a handful of dedicated players have been able to master. The game has more than 100 playable characters and an even larger collection of weapons, and enhancements that players can buy to improve their fighter's abilities and strengths. Every part of the game, from the players to the weapons to the layouts, has its own special rules that can have a huge effect on the outcome of a battle.

"It's very tactical and has very deep mechanics," Kratsch says. "It's a game made for eSports pros."