The Parody Songs We Like Better Than the Originals 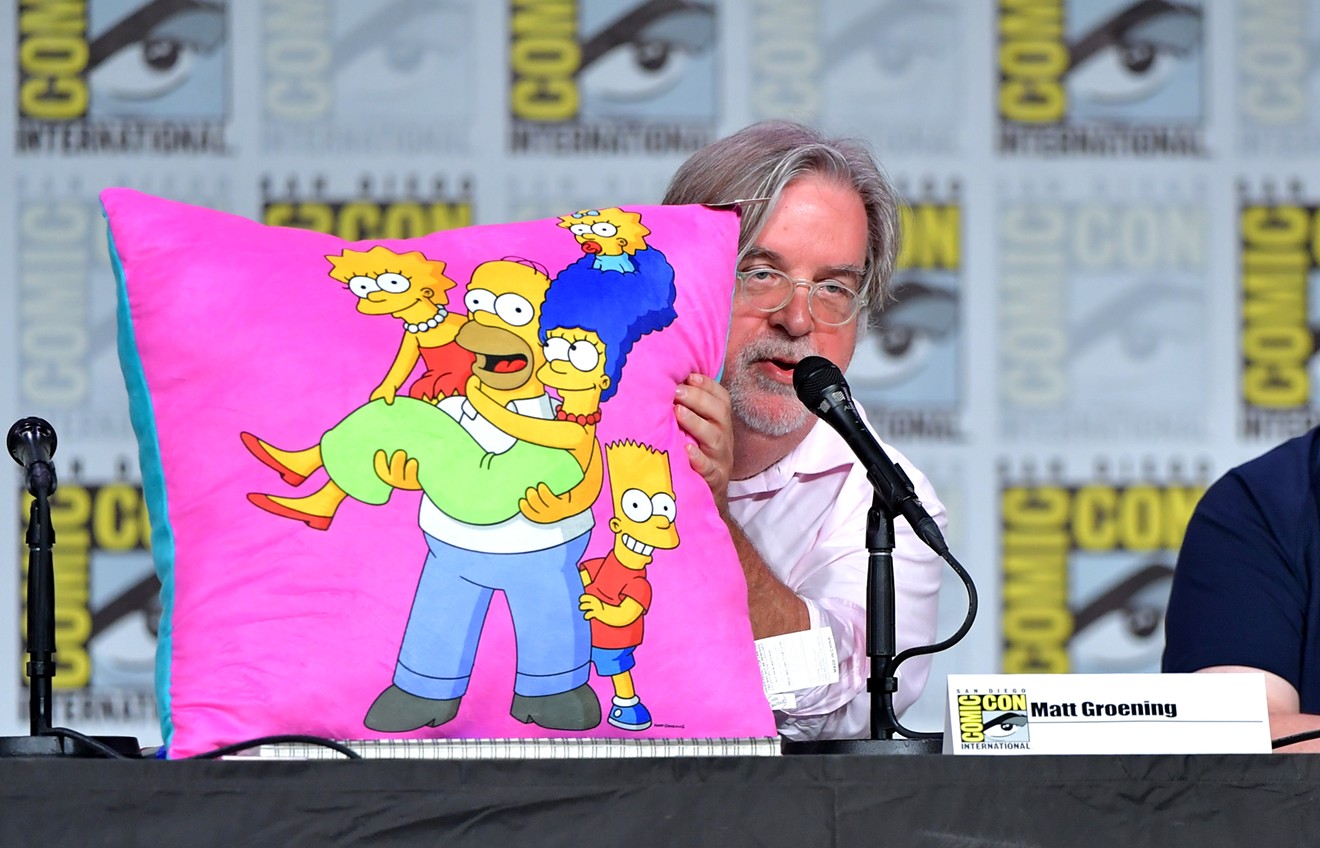 Simpsons creator Matt Groening knows a thing or two about parody songs. Amy Sussman/Getty
After the record-breaking box office successes of Straight Outta Compton, Bohemian Rhapsody and this year’s Elvis, it seems like every beloved musician with an extensive catalog of hits is bound to get the biopic treatment.

There are projects in the works about Madonna, the Bee Gees, Leonard Bernstein, Michael Jackson, Bob Dylan, Boy George, Teddy Pendergrass, Amy Winehouse and Bob Marley. However, none of them have quite caught our attention like Weird: The Al Yankovic Story.

Harry Potter himself, Daniel Radcliffe, takes on the starring role in the life story of “Weird Al” Yankovic. Known as the “King of Parody,” Weird Al has been sending up famous pop songs since the early 1970s, lampooning several decades of music. This says a lot about someone who could take on both Freddie Mercury and Hamilton.

Making a great parody isn’t easy, but Weird Al’s clever wordplay and inventive vocals have stood the test of time. We’re forced to admit that there are a lot of his parody songs that we’d rather hear than the original versions. Who wants to hear “I Want It That Way” when you have “Ebay"? Isn’t “Like a Surgeon” a lot more entertaining than “Like a Virgin?”

Weird Al may be the most famous name in the parody game, but there are a few other creative spoof songs that deserve credit. We think these parody songs are actually better than their originals.

Saturday Night Live’s “Lobster Diner” (Parody of “Who Am I?” from Les Miserables)
Saturday Night Live hit a recent creative high thanks to the recurring “lobster” sketch. Anyone who orders lobster for lunch is pretty weird anyways, if you ask us. Kenan Thompson dressed up in full lobster garb for this fun send-up of Jean Valjean’s “Who Am I?” number from Les Miserables. It’s just as powerful! Sesame Street’s “Baa Baa Bamba” (Parody of “La Bamba” by Ritchie Valens)
Back when “listening to the radio” was a thing that people did, we were sick of hearing “La Bamba” after every other song. That being said, Sesame Street managed to spice up the lyrics thanks to some furry sheep. The Simpsons Movie’s “Spider-Pig Theme” (Parody of "Spider-Man Theme Song")
It wouldn’t be accurate to say that Spider-Man can do “whatever a spider can.” Homer Simpson gave his super-pet a more accurate description in The Simpsons Movie with his “Spider-Pig” theme song. What does a Spider-Pig do? Whatever a Spider-Pig can. Jimmy Fallon and Kevin Bacon’s Take on Tears For Fears’ “Head Over Heels”
Kevin Bacon has been popping up in movies since the 1980s, but he’s had a recent comeback lampooning classic songs alongside Jimmy Fallon. Bacon and Fallon's version of “Head Over Heels” starts off in the same way as the original Tears for Fears classic, but they change things up by focusing on the weather. Whoopi Goldberg Sings “My God” in Sister Act (Parody of “My Guy” by Mary Wells)
Whoopi Goldberg may be an EGOT, but a certain generation knows her best for her role in Sister Act. Goldberg made Mary Wells proud with her version of “My Guy.” American Dad!’s “Stan and Frannie” (Parody of “We Go Together” from Grease)
Grease recently returned to theaters amid the heartbreaking death of Olivia Newton-John. While this gave a younger generation the chance to listen to the classic high school musical for the first time, kids of a certain age may have heard the tune of “We Go Together” thanks to the animated comedy American Dad! Stan and Francine dress like the characters from Grease to discuss the intimacy in their relationship. The alien Roger just thinks that it sounds like “jibber jabber.” MAD Magazine’s "Louella Schwartz Describes Her Malady" (Parody of Irving Berlin's "A Pretty Girl Is Like a Melody")
Here’s a parody song that made serious headlines back in the day. After MAD Magazine published a series of parody lyrics in a 1961 issue, several music corporations sued their publisher, E.C. Publications, Inc. MAD ultimately won the case, creating an important legal precedent. Our favorite track from the case? This amusing take on a self-serious Irving Berlin song.

South Park’s “Elementary School Musical” (Parody of High School Musical)
If you grew up in the early 21st century, you couldn’t go anywhere without hearing about High School Musical (and its disastrous sequels). Randomly breaking out into song is pretty obnoxious now that we think about it. South Park dedicated an entire episode to how bad it can get with “Elementary School Musical.” Michael Scott’s “The Miwali Song” (Parody of Adam Sandler’s “The Chanukah Song”)
Adam Sandler’s “The Chanukah Song” is a favorite of ours from the holiday season. Sandler hilariously describes how isolating it can be to be celebrating Hanukkah during Christmas fever. Michael Scott managed to make the song even more awkward in a great episode of The Office. We didn’t think that we needed a Miwali song until we heard it. Kermit The Frog’s Cover of “Once in a Lifetime” by The Talking Heads
Seriously, is there a weirder music video ever? We all feel like flailing our arms in the air out of exasperation sometimes. It’s a lot funnier when Kermit the Frog does it. Kermit doesn’t actually change the lyrics to “Once in a Lifetime,” but we think that his version is worthy of David Byrne. Weird Al’s “Tacky” (Parody of “Happy” from Despicable Me 2)
We certainly don’t need to hear any more from the Minions. Although this single from the Despicable Me 2 soundtrack overstayed its welcome, it was significantly improved thanks to the efforts of Weird Al. This is one of the comedian's best efforts in recent years. You have to see the excellent music video, which features celebrity guest stars such as Jack Black, Aisha Tyler, Margaret Cho, Eric Stonestreet and Kristen Schaal.
KEEP THE DALLAS OBSERVER FREE... Since we started the Dallas Observer, it has been defined as the free, independent voice of Dallas, and we'd like to keep it that way. With local media under siege, it's more important than ever for us to rally support behind funding our local journalism. You can help by participating in our "I Support" program, allowing us to keep offering readers access to our incisive coverage of local news, food and culture with no paywalls.
Make a one-time donation today for as little as $1.