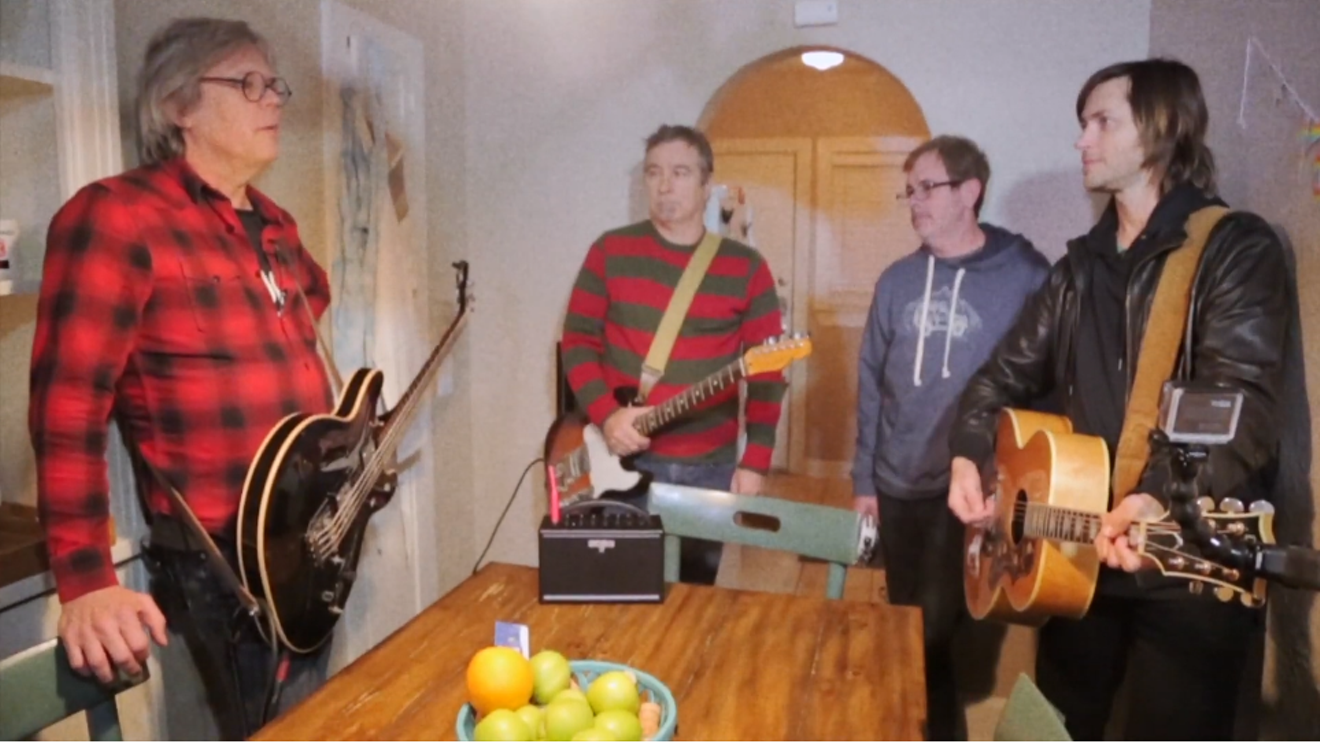 
Gathered around a fire at Italian mainstay Terilli’s on Greenville Avenue, the Old 97’s explain how the long-standing restaurant was the true hard rock café of Dallas. It’s there on the patio, close to where dreams of being a rock star were taking their first unsteady steps to becoming true, lead singer Rhett Miller places the exact location that, on a night filled with equal parts heartache and alcohol, he penned the song "Big Brown Eyes."

Released in fittingly 1997, "Big Brown Eyes" wears its sadness on its sleeve, a love letter written with the combination of self-pity and hurt honesty that love in your 20s delivers whether you want it or not. The years have passed for Miller and company, and now the song serves the same role as the restaurant itself — a reminder of a time when the future was more expansive than their past.

From there, the group made their way to the birth site of the band itself, Marquita Court, the apartments that saw a group of hungry musicians create a foundation that still rests strongly today. Miller compares the formation of the band akin to that of a superhero group meeting for the time, their strengths together drowning out any weaknesses held separately. Thanks to the hospitality of the current resident, the group visited their first apartment and reminisced about the first song of their first album, "St. Ignatius."

In the same kitchen they shared many of their first beers and corresponding hangovers together, the Old 97’s play "St. Ignatius." It was a circle completed, a night of dusted-off memories that brought back smiles of appreciation for the journey traveled. Hair falling down into his eyes, Miller sang, “Someday when we're older, deep in loneliness / things we said today won't matter, no one could care less.” Almost 25 years later, the many fans of the Old 97’s couldn’t disagree more.
KEEP THE DALLAS OBSERVER FREE... Since we started the Dallas Observer, it has been defined as the free, independent voice of Dallas, and we'd like to keep it that way. With local media under siege, it's more important than ever for us to rally support behind funding our local journalism. You can help by participating in our "I Support" program, allowing us to keep offering readers access to our incisive coverage of local news, food and culture with no paywalls.
Make a one-time donation today for as little as $1.