All Hail The Monks, the Greatest Band That Never Made It 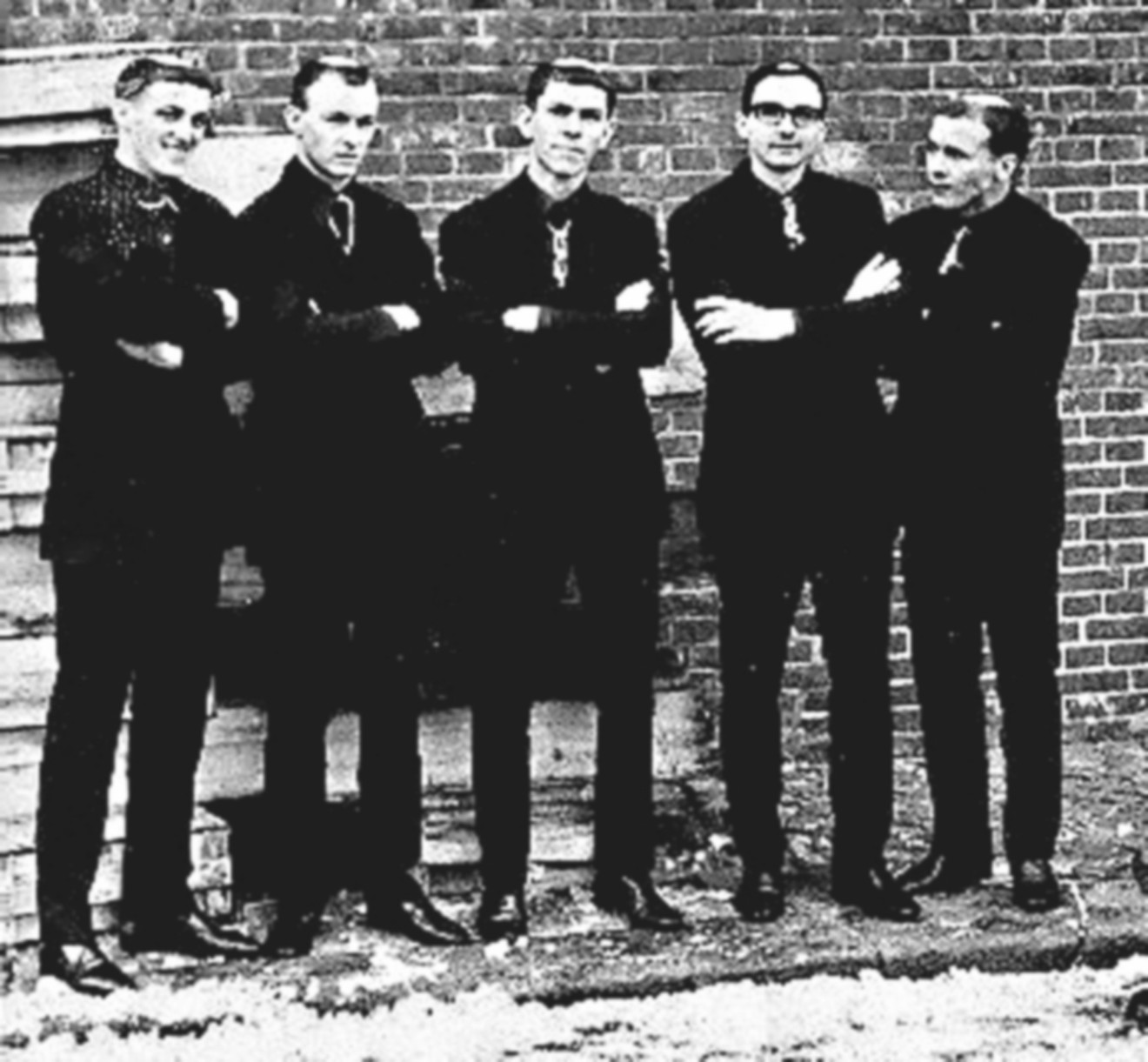 The Monks are the best band you’ve never heard of. You'll have to trust us. Larry Clark / Wikimedia Commons

The Monks are the best band you’ve never heard of. These trailblazers were serving up a visionary, singular sound back in the 1960s, but the world wasn’t ready for them yet. Sadly, three-fifths of the group have moved on to rock out in heaven; this month marks the 12th anniversary of band member Dave Day’s death.

But for a group as under-the-radar as The Monks, their influence looms large. In fact, it’s said these cats influenced bands as disparate as the Dead Kennedys and The Beastie Boys. And later, their wacky antics paved the way for other campy heavy-hitters like The Cramps, Misfits, Gwar and Ghost.

With an infectious theme song, outrageous image and cohesive brand, it’s a wonder The Monks were never catapulted to the top of the pops. Then again, a band that referred to itself as the “anti-Beatles” flourished working outside the system, not within it.

So without any further ado, let’s dive into a crash course history lesson on one of the greatest groups that never made it.

Back in 1964, five American servicemen were stationed in Germany and formed a band called The Torquays. After they were discharged, future Monks Gary Burger (guitar, vocals), Larry Clark (organ), Dave Day (banjo), Eddie Shaw (bass, trumpet, backing vocals) and Texas’ own Roger Johnston (drums) decided to stay in Europe to give the whole music thing a fair shake.

But The Torquays found their soul after meeting two German advertising design students, Walther Niemann and Karl-Heinz Remy. The Germans became the band’s de facto managers and gave strict orders to the five ex-GIs. Niemann and Remy had a vision, and they were steadfast in their determination to see it through.

Specializing in making the simple spectacular, The Monks were also purveyors of the absurd and champions of the nonsensical.


Up first: It was time to kill The Torquays.

The Americans put their faith in the German design duo, although somewhat reluctantly. They traded in a guitar for a six-string banjo (aka, the glorious banjitar), their piano for an organ and their clean sound for mammoth distortion and feedback.

The Monks were born.

And if they were to be called The Monks, they needed to look like monks. They traded in their long locks and cool clothes for tonsured hair and cassocks. Which, of course, was a surefire way to either confuse or piss off nearly every passerby.

In fact, the band had to be in character at all times, and Niemann and Remy wrote them a set of (pretty damn poetic) commandments:

“THE RULES:
FOR THE MONK
In public
Openly
You have to be always a monk.
Dressed black,
hair short.
Always to
Always to
Always to
And always to
Move like a monk: hard sexy strong exciting full speed dangerous
But not only on the stage,
But also on the street.
BUT NEVER BE A TORQUAY.”

Next, The Monks work-shopped a new sound, spending innumerable hours in the studio to work on lyrics, delivery and instrumentation.

Borrowing some refrains from their former band, The Monks excised their old songs of every frivolity. They’d take a five-chord track and cut it down to two or even one. They’d take a chorus with 25 words and whittle it down to five. They’d strip a song of harmonies and implant crude, unison singalongs.

And here we have what some have called the invention of proto-punk, and what others have dubbed the advent of garage rock. But either way, The Monks were different. And they made it OK for others to be different, too.

Then, The Monks created their only album: the utterly groundbreaking Black Monk Time. And God said it was good.

Cited by Rolling Stone as one of the great one-album wonders, Black Monk Time is a masterpiece. Released on Polydor in 1966, each of its 12 songs is pure, unadulterated rock ’n’ roll fun. Exhibit A: the opening track, “Monk Time.” It serves as The Monks’ theme song, and its frenetic energy has you headbanging right out of the gate.

Here, The Monks explore the political realm with an unapologetic “fuck you” attitude. From the first downbeat, the organ shrieks, the banjo jangles and the caveman drums crash and thud. Then, vocalist Gary Burger explodes into earshot, screaming in his signature strained, tenor timbre.

“You know we don't like the army / What army? / Who cares what army? / Why do you kill all those kids over there in Vietnam? / Mad Viet Cong / My brother died in Vietnam!”

But not every song on the album is an overt political statement. Specializing in making the simple spectacular, The Monks were also purveyors of the absurd and champions of the nonsensical.

“Boys Are Boys and Girls Are Choice,” for instance, runs under a minute and a half and consists of a single stanza of lyrics. And in singles like “I Hate You (But Call Me)” and “Shut Up,” The Monks took the conventional love-obsessed rock of the ’60s and turned it on its head.

The 2½-minute “Higgle-Dy - Piggle-Dy” is another strange, but absolutely rockin’ one. It contains just the following seven words:

Still, even though The Monks were wholly one-of-a-kind, they never hit it big in the States. By the time they were starting to gain traction in Germany — especially in their main stomping ground, Hamburg — internal tensions were festering. And in 1967, the guys threw in the towel.

A Monks documentary, The Transatlantic Feedback, was also released in 2006 and adeptly chronicled the band’s strange history. Harnessing that momentum, the group briefly reunited to play a smattering of shows. But they disbanded again in the mid-2000s, and this time it was for good.

Yes, it’s tragic that The Monks never enjoyed the widespread success that they deserved during their heyday. But luckily for us proselytes, their music still endures.

And who knows? Maybe if we all listened to The Monks, we could even someday secure world peace. As the sagacious Burger once said:

Amen. Just don’t ask me to shave my head.
KEEP THE DALLAS OBSERVER FREE... Since we started the Dallas Observer, it has been defined as the free, independent voice of Dallas, and we'd like to keep it that way. With local media under siege, it's more important than ever for us to rally support behind funding our local journalism. You can help by participating in our "I Support" program, allowing us to keep offering readers access to our incisive coverage of local news, food and culture with no paywalls.
Make a one-time donation today for as little as $1.