Like Bob Dylan Does, He Shattered Expectations in Irving on Wednesday 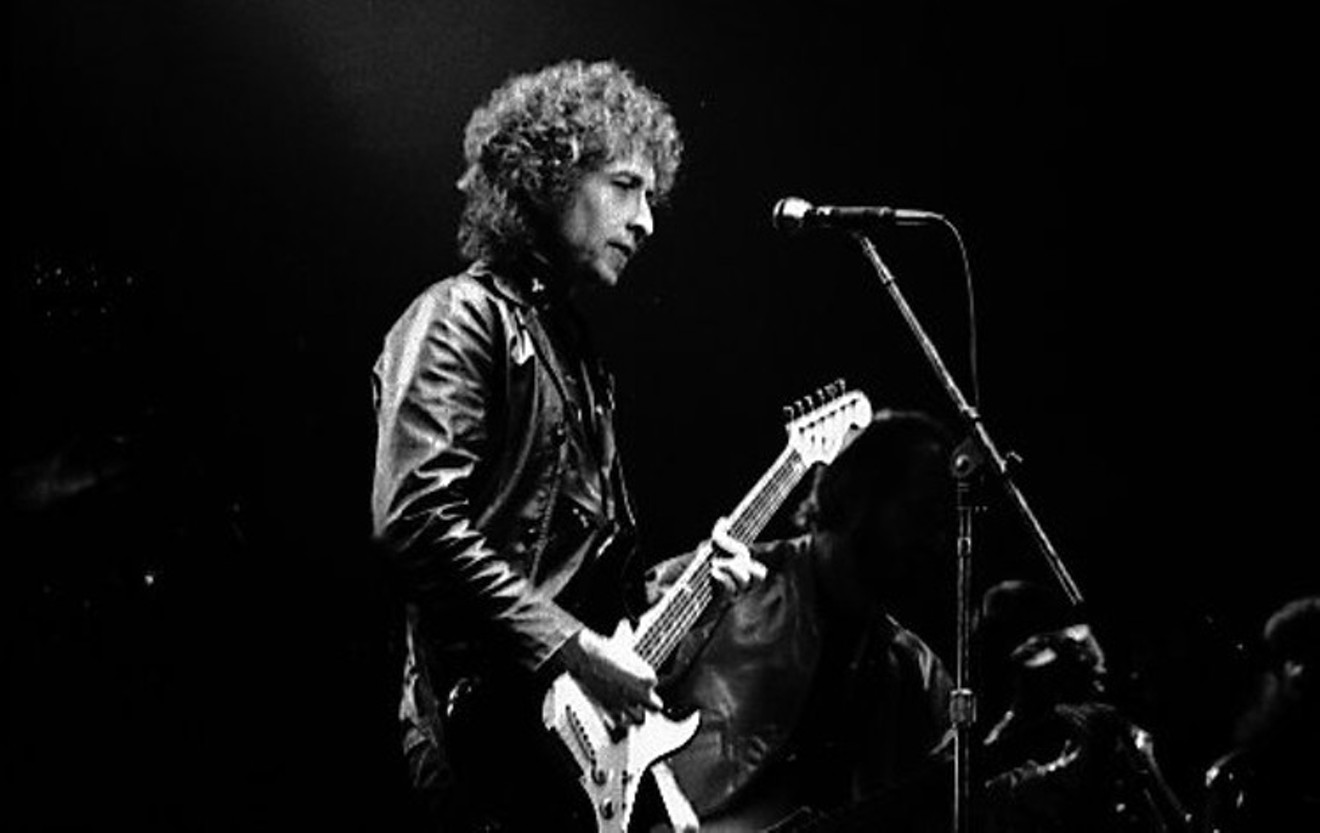 Photography wasn't allowed Wednesday night, so here is a photo of Bob Dylan at Massey Hall in Toronto circa April 1980. Wikimedia Commons


You have to hand it to Bob Dylan. He has constantly reinvented himself and has always found a new stylistic frontier to explore, audience reception be damned. The title of his second studio album, The Freewheelin’ Bob Dylan, is apropos to this and did not oversell just how cavalier he is in following his own path. That task would be rather simple if one did not have a zealous following and a lofty platform to go along with it, but Dylan basically invented folk rock and became the reluctant “voice of a generation” in the 1960s with songs such as “The Times They Are A-Changin’” and “Only a Pawn in Their Game.”

For Dylan, the protest phase he is notorious for was exactly that — a phase. He wanted to try something different, and nothing short of remaining creatively stagnant would have appeased his fans. In going against the grain and following his own path, he reinvented the very genre he invented, with three consecutive albums that came out in an impressive 15 months and still serve as defining milestones in rock music history — Bringing It All Back Home, Highway 61 Revisited and Blonde on Blonde. It was rather difficult to rock the boat in coming out with those albums at such a ripe age, but when you’re 77 and have made a name as one of the greatest musicians to arise from the 20th century, shattering expectations just comes with the territory.

Dylan proved this Wednesday night at the Pavilion at Toyota Music Factory in Irving, as he and his band performed time-spanning cuts in the most unusual arrangements. He made absolutely no stage banter or any sign of acknowledging the audience, spare a bow after closing his set with “Ballad of a Thin Man.” Before taking a face-value glance at that fact and being insulted, consider the reach of his career and the audiences he has played to – at 23, he was an opening act for Dr. Martin Luther King Jr. at the March on Washington for Jobs and Freedom (where his “I Have a Dream” speech took place), and in 2014, he literally performed to an audience of just one person. Dylan has seen it all, so what’s a crowd of 2,000 spectators on a Wednesday night to him?


He made absolutely no stage banter or any sign of acknowledging the audience, spare a bow after closing his set with “Ballad of a Thin Man.”


It should also be noted that the person who has almost definitely amassed a tremendous fortune in residuals for Jimi Hendrix’s cover of “All Along the Watchtower” alone could have retired decades ago, but he has been on the Neverending Tour since 1988 and plays DFW almost every year as part of that, so why go through all that trouble if you don’t have to? Other than just simply wanting to?

Perhaps the most marveling aspect of Wednesday night was the audience reaction. You were able to quickly identify those who knew what to expect, as well as those who expected him to be on stage with an acoustic guitar and harmonica playing just hits, like an artist whose best work is truly behind him. Even despite playing hits such as “Like a Rolling Stone,” “Blowin’ in the Wind,” Don’t Think Twice, It’s Alright” and “Simple Twist of Fate,” a few dozen attendees left halfway through the set with a sour taste in their mouths, which proves that a lot of people still just don’t get it.

Dylan can do whatever he wants to do, and we’re just lucky for being able to breathe the same air as him. All the songs he performed were rearranged with jazz, blues and swing elements that, when performed, were impeccably crisp and a bit sterilized, but one cannot deny that his backing band was incredibly talented, and they had no trouble keeping up with him (a difficult feat). Anyone who has listened to his Bob Dylan at Budokan live album would understand the versatility he possesses in re-imagining his older works, and despite Robert Christgau’s knee-jerk cynicism over it, it is one of Dylan’s many underrated qualities.

Some people may not have been exactly warm to his performance Wednesday night, but for about two hours, we were in the vicinity of one of the greatest artists alive, and even if he went on stage and coughed, it would have been totally worth it.
KEEP THE DALLAS OBSERVER FREE... Since we started the Dallas Observer, it has been defined as the free, independent voice of Dallas, and we'd like to keep it that way. With local media under siege, it's more important than ever for us to rally support behind funding our local journalism. You can help by participating in our "I Support" program, allowing us to keep offering readers access to our incisive coverage of local news, food and culture with no paywalls.
Make a one-time donation today for as little as $1.