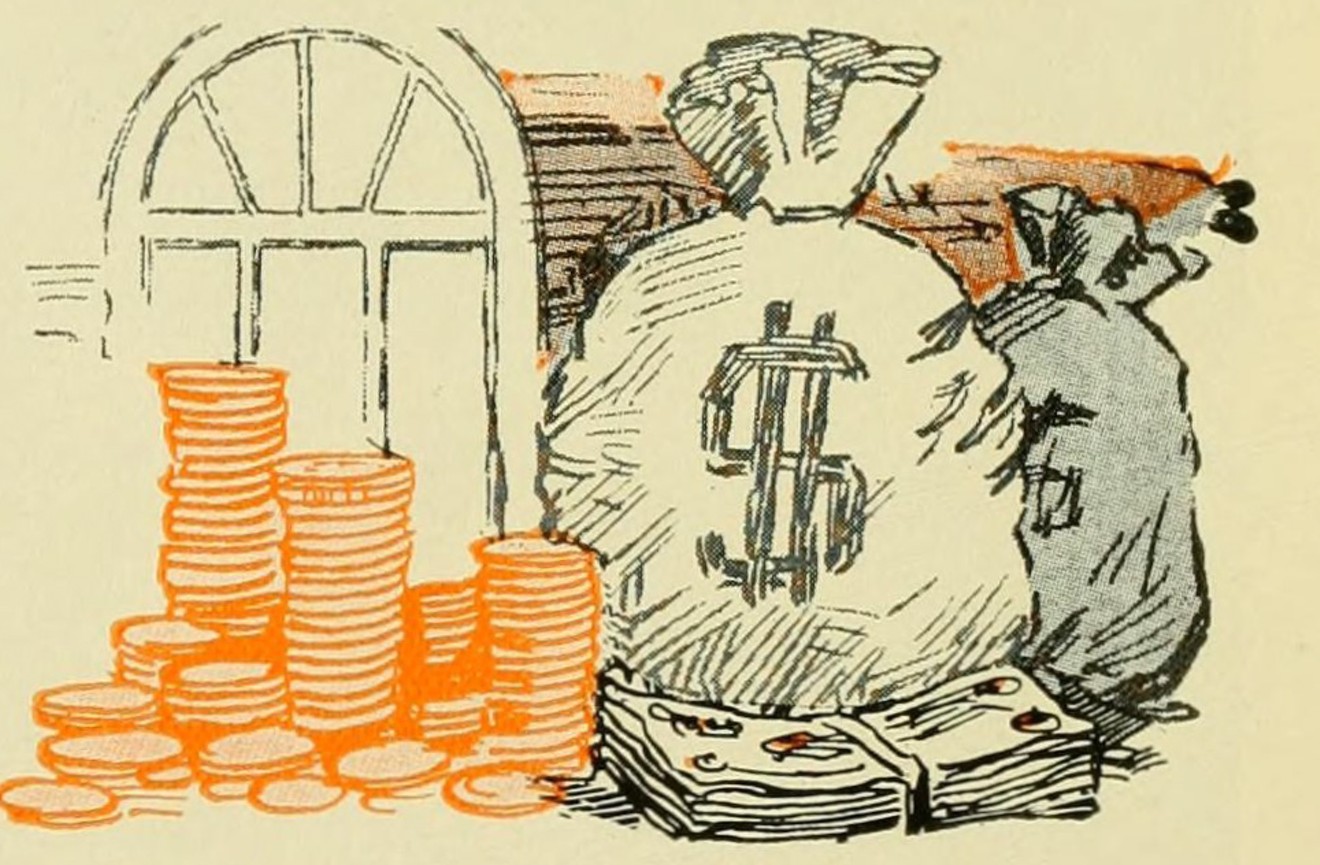 There are two kinds of money — real money and money from Washington. Wikipedia
Here’s a thing that’s getting closer and closer to being totally unfathomable. The Dallas city manager is drip-drip-dripping information to the City Council about a yearlong federal investigation of housing programs, giving the council information barely a drop at a time.

The piecemeal approach is less than fathomable, because none of the city’s serious problems with federal housing money happened on this new city manager’s watch. So why would he own it?

City Manager T.C. Broadnax and his top staff are authors of a brand-new straight-arrow housing policy, designed to clean up the mess around affordable housing in Dallas. That new plan is under serious attack from certain council members and important people in their districts who were the main beneficiaries of the old plan, especially people in the affordable housing development industry.

And here is where we have to do the serious fathoming. On the one hand, the new housing policy proposed by Broadnax is a 180-degree turn from how affordable housing always has been done here in the past, so there’s room for legitimate differences of opinion at the philosophical level.


It’s like the grocery store. You can’t pay for bacon with deep philosophical reservations. Sometimes you just have to come up with the money.

On the other hand, that’s not the only thing people are attacking. In fact philosophy is probably the least of it. The big thing is the money. That’s what’s really got people jumping out of their skin.

It all gets mixed up together when people talk about it. Nobody says, “I object to being asked what I did with the money under the old plan.” Of course not. They all say they have deep philosophical reservations about the new one.

Making it all way worse — less fathomable, if you will — is the way the feds have pursued their inquiry. First of all, they never even missed their own money and would never have come to town looking for it if it hadn’t been for Dallas City Auditor Craig D. Kinton.

Two years ago Kinton embarrassed the previous city manager and, apparently, embarrassed even the U.S. Department of Housing and Urban Development. Kinton published an audit that found major sums of HUD grant money unaccounted for in the city’s housing and neighborhood improvement programs. A mere sampling of those programs — a look at only 10 percent of them — came up with almost $30 million that nobody at City Hall could account for.

It wasn’t merely that the city didn’t have books to show where the $30 million went. City Hall didn’t have any policies about keeping books.

The city did have a software system, but the staff had not been taught how to use it. So that means the $30 million went out the door, bye-bye; nobody could tell Kinton where, when, how, or, most tantalizingly, who; and the $30 million in missing HUD money may be only 10 percent of the problem.

That’s sort of like telling HUD, “Actually, we just put the hundreds of millions of dollars you send us every year into gaily wrapped gift-boxes and set them out beneath the City Hall Christmas tree. If we have given a happy Christmas to just one lonely little affordable housing developer, then our hearts are full.”

So, sure, at that point HUD had to show up. When you start talking in the tens of millions of public dollars missing, there comes a point where people worry about going to prison.

So the HUD Office of Inspector General has been in town and officially resident at Dallas City Hall for a year with its own semi-permanent office space, supposedly combing through the city’s books. Last Friday Broadnax sent the council a memo to update them on what the OIG has been looking at and what sort of concerns it seems to be finding.

Attached to the memo was some correspondence with HUD in which HUD listed a number of relatively small-scale housing projects built with HUD money that have not yet answered all of HUD’s questions about what they did with the money. This is the stuff I have been talking about here for some weeks regarding what the feds call community housing development organizations, or CHODOs in City Hall slang.

HUD Secretary Ben Carson may be a mass hypnotist who is putting us all to sleep.
Gage Skidmore
CHODO’s are community-based nonprofits. They are one of the places where former City Council members go when they leave office. Council members from affluent North Dallas districts tend to take salaried positions in booster groups pushing the big ticket projects favored by the white establishment, like the Trinity River toll road or giving away Fair Park.

But hers is among 11 CHODOs listed by HUD as being in some state of arrears regarding the money. Of those 11, eight, including Ragsdale’s group, are on notice that they have until next week to answer HUD’s questions.

The sums of money in dispute are not seven-figure, more like low six- and five-figure, but even a five-figure sum is more than enough to spell ruin for a small community-based group, especially if the group ever has to come up with it from its own threadbare pockets. And that brings us to another serious fathoming challenge.

Salted here and there through the city’s responses to questions from HUD as revealed in last Friday’s memo is the strong suggestion of a very curious pattern. In the past, whenever a CHODO or even a for-profit developer has not been able to account for all of the HUD money it has spent, the city has just stepped in and paid it. There now. All better.


The city is never out any of its own money. In fact, none of the money is real money. It’s all money from Heaven — well, from Washington.

Ah, but there lies the fathoming. No checks are written anyway. I am aware that previous city managers have assured the City Council in closed-door executive sessions in the past that any problems with HUD money are never more than mere accounting issues — a curious assurance coming from people who don’t do any accounting. But in reading this memo, I think I may finally understand what previous city managers have been saying to reassure our elected representatives and protectors.

The money comes from Washington in a never-ending sluice under a mindboggling array of programs. Each program has its own rules, of course, about the way the money can be spent.

But even if the city gets caught misspending it or gets caught not even able to say where the money went, the worst that can happen is that the city has to repay it. And that winds up being an endless series of credits and debits from the same money sluice.

Can’t account for $55,000 in HUD money? No problem. The city just gives HUD an I.O.U. for it, and then later the city pays off the I.O.U. with money from the next HUD money dump. So the city is never out any of its own money. In fact, none of the money is real money. It’s all money from heaven — well, from the other place, Washington.

What’s created in all of this is a culture and an expectation. It would be unfair, by this expectation, for anyone to hold anybody terribly accountable for anything, since nothing is really accounted for in the first place, and it’s all free money.

Then you overlay all of that with HUD, which has always been a house divided against itself — a massive budget in search of ways to spend itself. And now, Ben Carson. I’m sorry, but I can’t talk about the HUD secretary anymore. The mere sight of his very sleepy eyes causes me to question the underpinnings of reality. I wonder if he’s a hypnotist. I think I may need to start taking some kind of anti-Ben Carson pills.

I keep hearing there is much more to come in the Dallas City Hall OIG investigation, but people have been saying that to me for a year. This early indication from the city manager is not encouraging.

No one is saying, “Hey, where’s the big money? Who let that dog out? What are the names?” If $30 million is missing from the sample audit alone, then that money went somewhere. It went to someone. Someone got it.

The encouraging thing from the new city manager would be a clear indication that he knows all this, that he recognizes the significance of it and intends to get to the bottom of it. Instead, this looks so far like a bunch of insiders who have come up with a way to reveal the bare minimum.