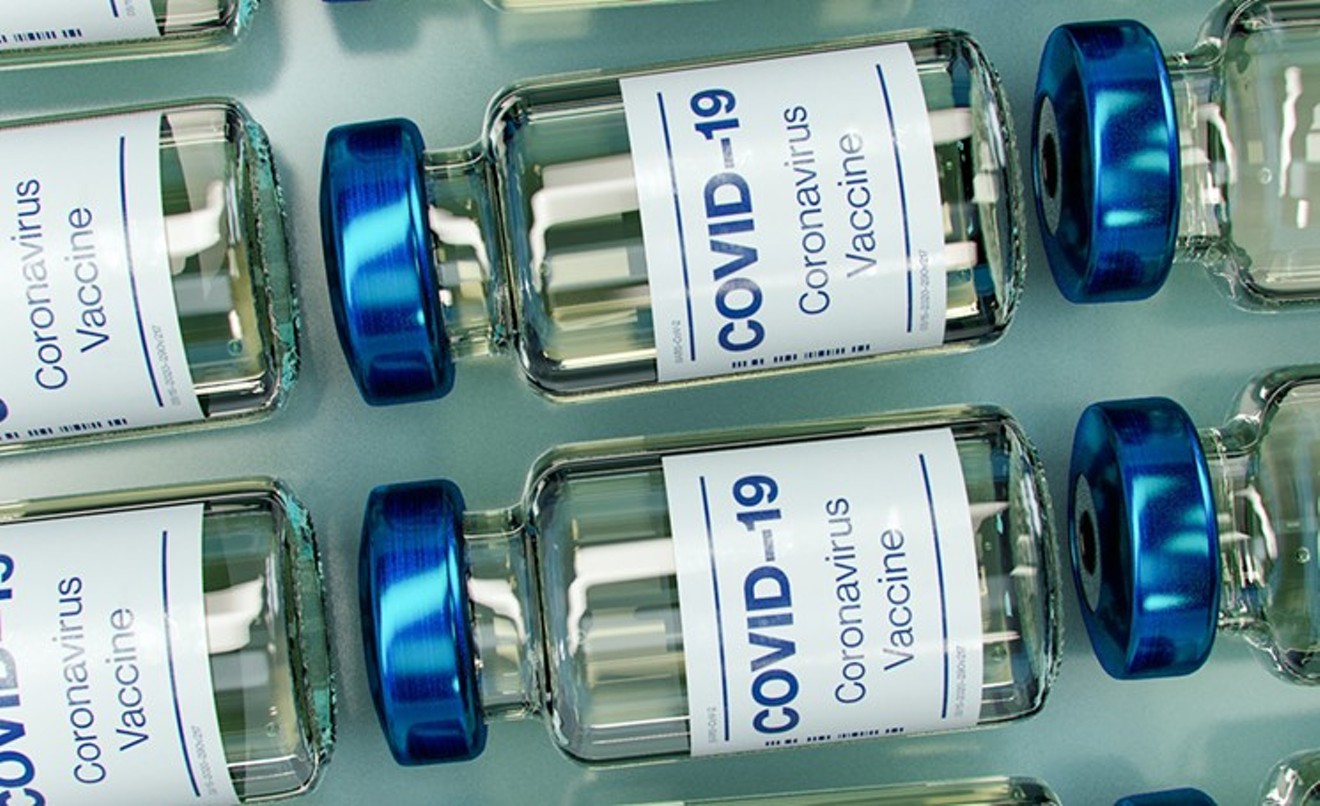 Mayor Eric Johnson says any plans by the city to reach out to residents to help them register for a COVID -19 vaccination must be approved by him Daniels Schludi via Unsplash
After an overheated exchange last week between Mayor Eric Johnson and Dallas County Judge Clay Jenkins over the distribution of the COVID-19 vaccine, the judge pretty much considered the whole situation settled. Councilman Chad West apparently didn’t see it that way.

On Tuesday, West sent Jenkins a letter apologizing for the mayor’s behavior and assuring him most City Council members share his goal of “getting our most vulnerable populations vaccinated as soon as possible.”

"I also apologize for the behavior of the Dallas Mayor and any Councilmember who has undermined your efforts to equitably distribute vaccinations and save lives.”

West said he felt the letter was needed to reassure county officials and Dallas residents that the city and the county can work together. The original dispute stemmed from the county's efforts to get doses of vaccines to vulnerable populations with little access to medical care, which led to confusion, leaks from council members and Johnson's complaint that the county was not communicating properly with the city. Johnson fired off his complaint in a letter to Jenkins.

Speaking to Jenkins over the weekend, West asked what he and other council members can do to help. He said Jenkins told him it would be helpful to beef up vaccine registration outreach efforts.

So, West sent a memo signed by four other council members — Adam Bazaldua, Adam Medrano, Omar Narvaez and Jaime Resendez — to City Manager T.C. Broadnax asking for staff support to set up vaccination registration hubs in their districts this week. They even identified potential locations for the hubs.

But the mayor wasn’t having it.

In a memo to Broadnax, Johnson wrote, “As the Emergency Management Director for the City of Dallas under the Texas Disaster Act (Chapter 418 of the Texas Government Code) and under Section 14-B of the Dallas City Code, I am ordering that you disregard their request.”

He said that while he is generally supportive of efforts to bolster vaccine registration, they must be driven by data, not politics, “especially as my City Council colleagues have begun their re-election campaigns.”

Johnson added that any outreach plans must be approved by him, in accordance with state law.

Bazaldua said it’s the mayor who is playing politics, not him and his colleagues looking to expand vaccine registration outreach.

“I’m trying to help my constituents during a pandemic, this reaction is just unconscionable,” Bazaldua said in a text. “He isn’t a leader, he is self-serving. On a day we should be celebrating ridding ourselves of power hungry leaders like this, here in Dallas …”

This kind of internal conflict has become routine in Dallas. West was vague in describing some of these internal disputes between council members and the mayor. He would only say that his philosophy in life and in his position on City Council is: You get more done when working with your colleagues. “I can’t speak for others certainly that they value that same principle,” West said.

As for the back and forth between Johnson and Jenkins last week, the mayor's office said in a statement emailed to the Observer: "The county judge and the mayor have been talking every week, but this is not about 'relationships' or politics. It's about serving the people of Dallas and putting their interests first. This is a life-saving vaccine, and it's critically important that we get this response right. That is Mayor Johnson's focus."