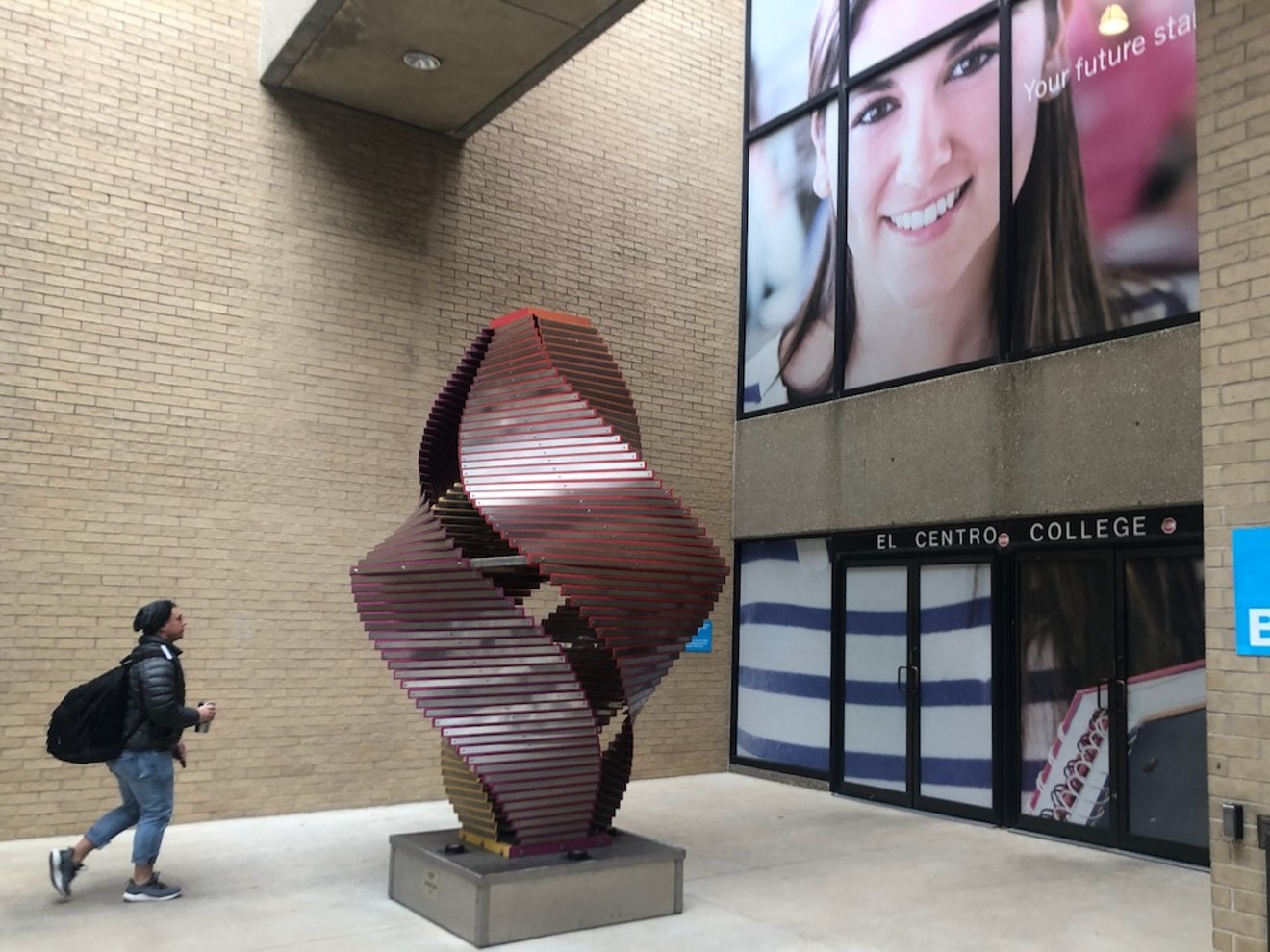 El Centro College is getting a rebranding. Lucas Manfield
The Dallas County Community College District will seek approval from its accreditor later this year to merge its seven schools into one in an effort to help more students graduate.

Joe May, the district chancellor, said he was motivated to pursue the change after realizing that thousands of students were being denied their degrees despite having sufficient credits to graduate.

Between 2016 and 2017 school years, more than 1,600 students applied to earn a degree from a school in the district after completing additional coursework elsewhere. Under state law, students who leave community college for a four-year university elsewhere can later decide to transfer those credits back to complete an associate's degree. But over that two-year period, only 16% of people who applied to do so at the community college district were successful.

When May discovered this, he was appalled.

"I said, 'This is awful.' People who had taken all the credit, earned the degree, then went to the trouble of actually applying for it and couldn't get it," he said.

The reason, he soon discovered, was a policy that required at least 25% of credits to be earned at the school granting the degree. May looked into it, and found over 500 currently enrolled students who had enough credits to graduate — some exclusively within the district — but had been rejected because they hadn't taken enough at a single school.

This, May said, convinced him it no longer made sense to have seven separate schools, which together serve nearly 90,000 students. His administration is submitting a proposal to its accreditor, the Southern Association of Colleges and Schools Commission on Colleges, in March. It will announce its final decision in June.

The changes will also result in a streamlined admissions process — like the single application used by the University of Texas system — which will benefit high schoolers who previously had to apply separately to each school. Community Impact reported earlier in January that administrators and guidance counselors at several local school districts were enthusiastic about the new system.

Each campus will continue to be called its historical name and will continue to offer the same courses, although they'll be reorganized administratively under the umbrella of district-wide "schools," like nursing or engineering.

May said response from staff has also been positive.

"Mostly the feedback I'm getting is, 'How can I help be a part of this?'" he said.

To convince regulators that the seven institutions will now be operating as one, May is centralizing some administrative functions. He's hiring a trio of vice chancellors who will report directly to him, and he plans to fill the positions internally. "Our goal here is not to reduce staff," he said.

May said he was told by his accreditors that districts most often consolidate to save money. But he's adamant this isn't the case here. "That's really not our goal, it's really to serve our students," May said.

This is not the only major change the district is undergoing this year. Last year, it announced plans to offer a bachelor's degree in early childhood education at Brookhaven College. The district will seek its accreditor's approval to begin offering four-year degrees across the district.

"We’re moving from a two-year to a four-year institution," May told the board at a meeting where he outlined his "one college" plan.

Which leaves one big question unresolved: What will the new school be called? The district polled its students, faculty and staff. Out of the 700 responses, the winners were Dallas College and Dallas County College.

These options didn't impress the board. One member expressed concern that the choices lacked the "wow" factors. Another wanted to keep the word "community."

Still, members appeared supportive of the overall plan, which they'll consider again at a meeting next week.

"I'm impressed with the imperative of doing this," trustee Philip Ritter said. "But also the magnitude of this challenge.”
KEEP THE DALLAS OBSERVER FREE... Since we started the Dallas Observer, it has been defined as the free, independent voice of Dallas, and we'd like to keep it that way. With local media under siege, it's more important than ever for us to rally support behind funding our local journalism. You can help by participating in our "I Support" program, allowing us to keep offering readers access to our incisive coverage of local news, food and culture with no paywalls.
Make a one-time donation today for as little as $1.