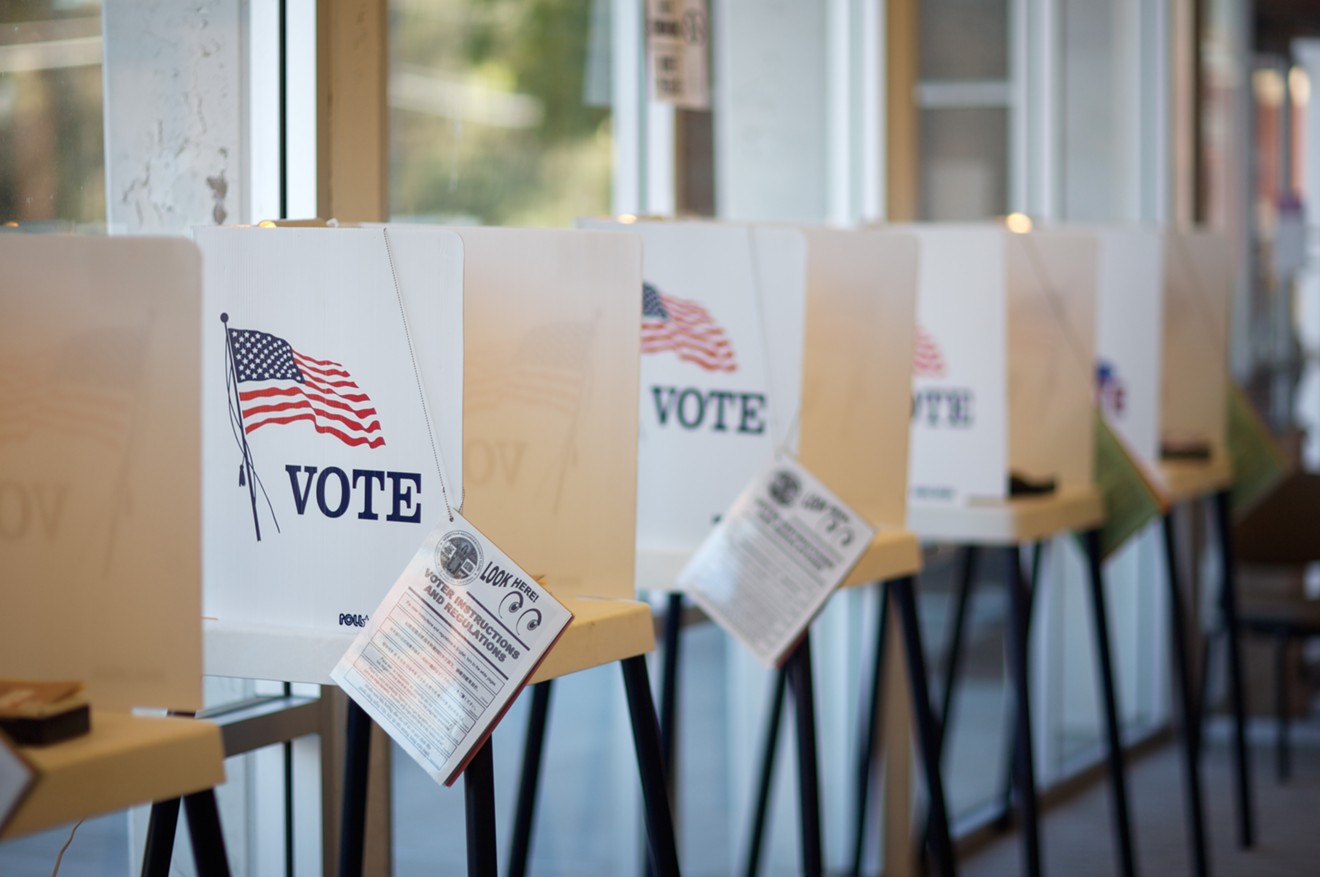 Texas needs to get more people into the voting booth, not fewer. hermosawave
Given the narratives and media coverage that surrounded the Senate race between Sen. Ted Cruz and U.S. Rep. Beto O'Rourke, one could easily be forgiven for thinking that something snapped in Texas last fall. Surely, all the enthusiasm and hype — not to mention the raw numbers of voters who actually showed up to the polls — meant that Texas had at least crawled out of the cellar when it comes to electoral participation.

Not so much, according to a report released this week from Nonprofit VOTE and the U.S. Elections Project. Despite 3.6 million more people casting ballots in 2018 than 2014, an increase that raised turnout from just more than 28 percent to more than 46 percent, Texas remained in the bottom fifth of states ranked by turnout percentage, according to the study, finishing 41st.

In the past, when the Observer has looked at Texas' abysmal voter turnout, the experts we've talked to have cited the lack of competitive races in the state, leading to a less-than-robust voting culture.

"Texas isn't really a competitive state," Victoria DeFrancesco Soto, a political scientist at the University of Texas, told us in March 2016. "So we don't have that culture of voting that you have in swing states where you're always in the political eye. Texas doesn't have that. It doesn't have this exciting national political scene."


“If I could implement only one election reform to increase voter participation, it would be same-day registration.” — Michael McDonald

That changed in 2018 — statewide races for U.S. Senate, attorney general and lieutenant governor were closer than they've been in decades — but Texas still had comparatively low turnout. According to the researchers behind the new report, the state's continued lack of participation likely stems from its failure to enact policies that make it easier for people to vote.

In order to truly change the state's fortunes, the report suggests, it needs to do one big thing and a couple of smaller things. First, Texas must allow same-day voter registration. Every state ranked 35th or lower in the new report does not have same-day registration. In Texas, prospective voters have to register a full month before the first election in which they'd like to cast a ballot, in addition to having an appropriate photo ID.

“If I could implement only one election reform to increase voter participation, it would be same-day registration,” Michael McDonald, associate professor of political science at the University of Florida, said in announcing the results of the new report. “Year after year, states with same-day registration have a turnout advantage over states without the policy, including a 7-point advantage in the 2018 elections.”

Allowing any voter who chooses to do so to vote by mail and implementing automatic voter registration for anyone who turns 18 would also help bring Texas in line with states that have higher turnout percentages, according to the study. Automatic voter registration would add nearly two million voters to Texas' rolls, according to a Center for American Progress study released in July.

Frequently, O'Rourke and others who dream of a blue Texas say the state is a "nonvoting state" rather than a Republican one. For the time being, at least at the statewide and presidential level, it remains both.
KEEP THE DALLAS OBSERVER FREE... Since we started the Dallas Observer, it has been defined as the free, independent voice of Dallas, and we'd like to keep it that way. With local media under siege, it's more important than ever for us to rally support behind funding our local journalism. You can help by participating in our "I Support" program, allowing us to keep offering readers access to our incisive coverage of local news, food and culture with no paywalls.
Make a one-time donation today for as little as $1.