Oncor Wants to Raise Electricity Rates, but the City of Dallas Is Fighting the Price Hike 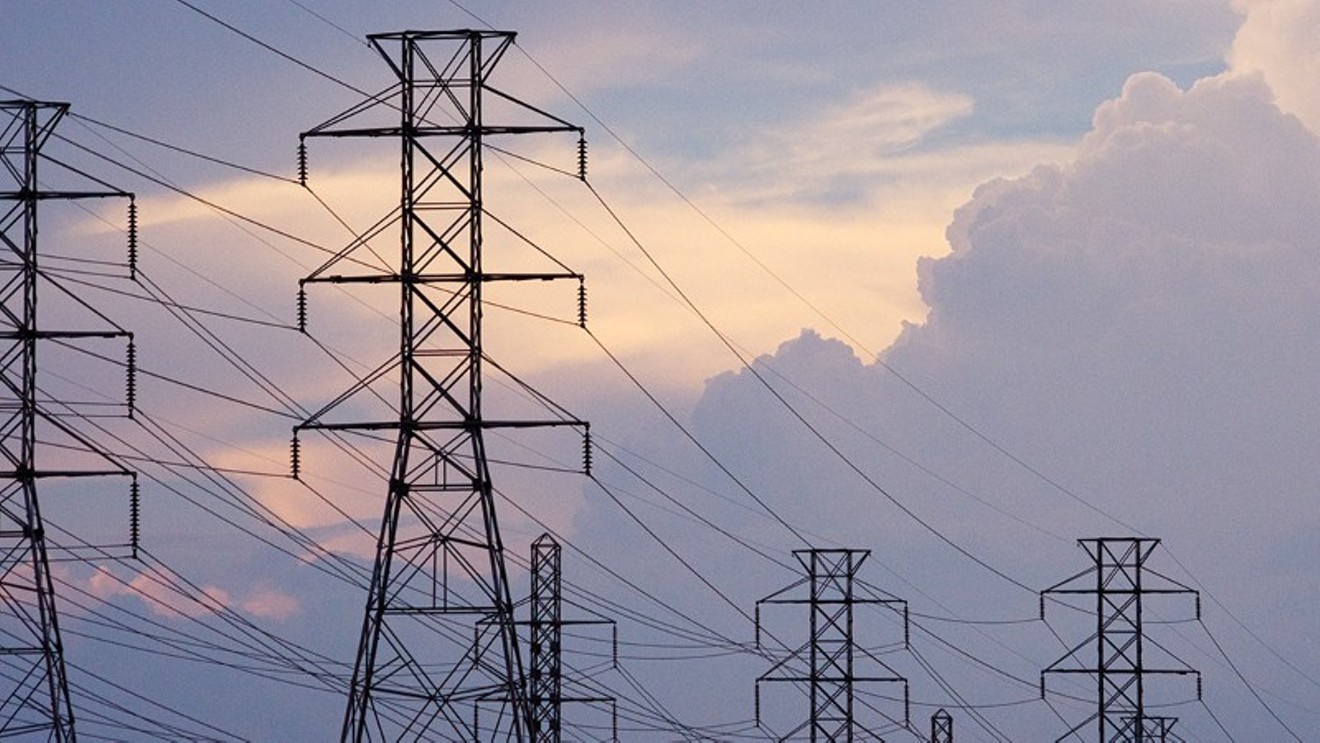 By denying the increase in October, Dallas may be able to negotiate better rates with Oncor. Photo by BFS Man, Wikimedia Commons
Unless Dallas can negotiate better rates through an appeal, your electricity bill could increase by some 4.5%. For the average customer using around 1,300 kilowatts, that means a little more than a $6 a month extra.

In mid-May, Oncor, the state’s largest energy delivery company, applied for the rate change that would see a $251 million increase across its system. This would also include a 1.6% street lighting rate increase. That's after Oncor reported a $60 million increase in net income in 2022's second quarter.

The way Oncor sees it, there's no cause for concern here. “Our rates, even with this change, would still be among the lowest electric delivery rates in Texas,” Kerri Dunn, an Oncor spokesperson told the Observer.

Still, the city isn’t taking the rate hike lying down. The rates were meant to go into effect on June 17, but the city halted the change ahead of time, requesting an additional 90 days to look into the new proposed rates.

Now, the city has until Oct. 30 to act on the rate change. On Oct. 12, the city will vote against the hike, according to a presentation that will be given to the the Government Performance and Financial Management Committee on Monday.

Since the early ’90s, a steering committee of 169 cities in Oncor’s service area has helped negotiate these rate changes. Dallas pays an annual fee of $134,505 to be on the committee. A consultant hired by the steering committee reviewed Oncor’s proposed rate change and determined it was excessive and unjustified.

Once the Oct. 12 vote happens and Oncor appeals (which they likely will), the change will be sent to the Public Utility Commission for a final decision. Dunn said this is standard procedure. "It's actually pretty common practice for that denial to occur at the local jurisdiction so that way it can go to the [Public Utility Commission] and it can all be approved in one giant package, essentially," she said. Doing it this way, Dunn explained, avoids different rates in different locations.

Oncor is required to review its rates every four years. One of the reasons Oncor cites for the rate increase is the addition of nearly 355,000 new customer connections. The company has also added nearly 10,000 miles of new and rebuilt transmission and distribution lines since the last review in 2017, which also led to an increase.

Members of Dallas' Government Performance and Financial Management Committee will meet on Monday to discuss further how the city will handle Oncor's proposed increase.
KEEP THE DALLAS OBSERVER FREE... Since we started the Dallas Observer, it has been defined as the free, independent voice of Dallas, and we'd like to keep it that way. With local media under siege, it's more important than ever for us to rally support behind funding our local journalism. You can help by participating in our "I Support" program, allowing us to keep offering readers access to our incisive coverage of local news, food and culture with no paywalls.
Make a one-time donation today for as little as $1.