According to police, Kimbro said he went to Matheson's apartment after she texted him. Kimbro said the pair became physical — they'd dated before — but that he left after Matheson turned him down for sex. Police believe he raped Matheson, killed her and left her in the bathroom. Matheson's mother found her dead in her apartment.

The other case police say is linked to Kimbro has a different origin. Getrum left her Plano home April 14, went for a walk at the Arbor Hills Nature Preserve in Plano and never returned. Police believe Kimbro attacked and killed Getrum, whom he did not know, and then dumped her body in Dallas' Lake Ray Hubbard. A passerby spotted Getrum's body in the lake April 15. 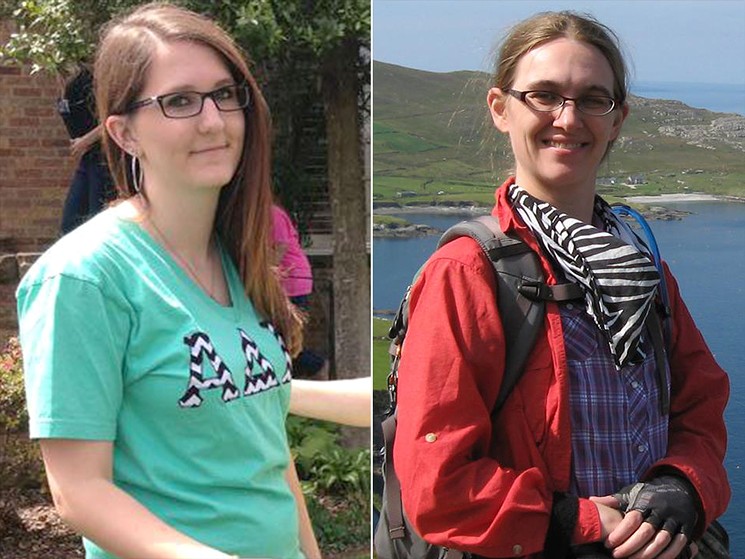 Molly Matheson (left) and Megan Getrum
Molly Matheson and Megan Getrum via Facebook
U.S. Marshals arrested Kimbro on April 27 for Matheson's murder. In the affidavit they filed to get a warrant for Kimbro, police said he was a suspect in two additional rapes — one in Plano in September 2012 and one on South Padre Island in March 2014. In both of those cases, the victims were choked as they were raped, as were Matheson and Getrum.

According to the affidavit, Plano police did not charge Kimbro with the 2012 Plano rape because “there came a point during the investigation in which [the victim] no longer wished to pursue the case.”

Plano police filed a warrant May 26 for Kimbro for Getrum's murder. They believe it is possible that Kimbro has committed additional murders and rapes.

“Where there was one, there turned out to be two, so there could always be a potential of three,” Officer David Tiley of the Plano Police Department told People magazine in May.

Statewide, juries are sentencing fewer defendants than ever to death. In 2016, only three Texas killers received death sentences.