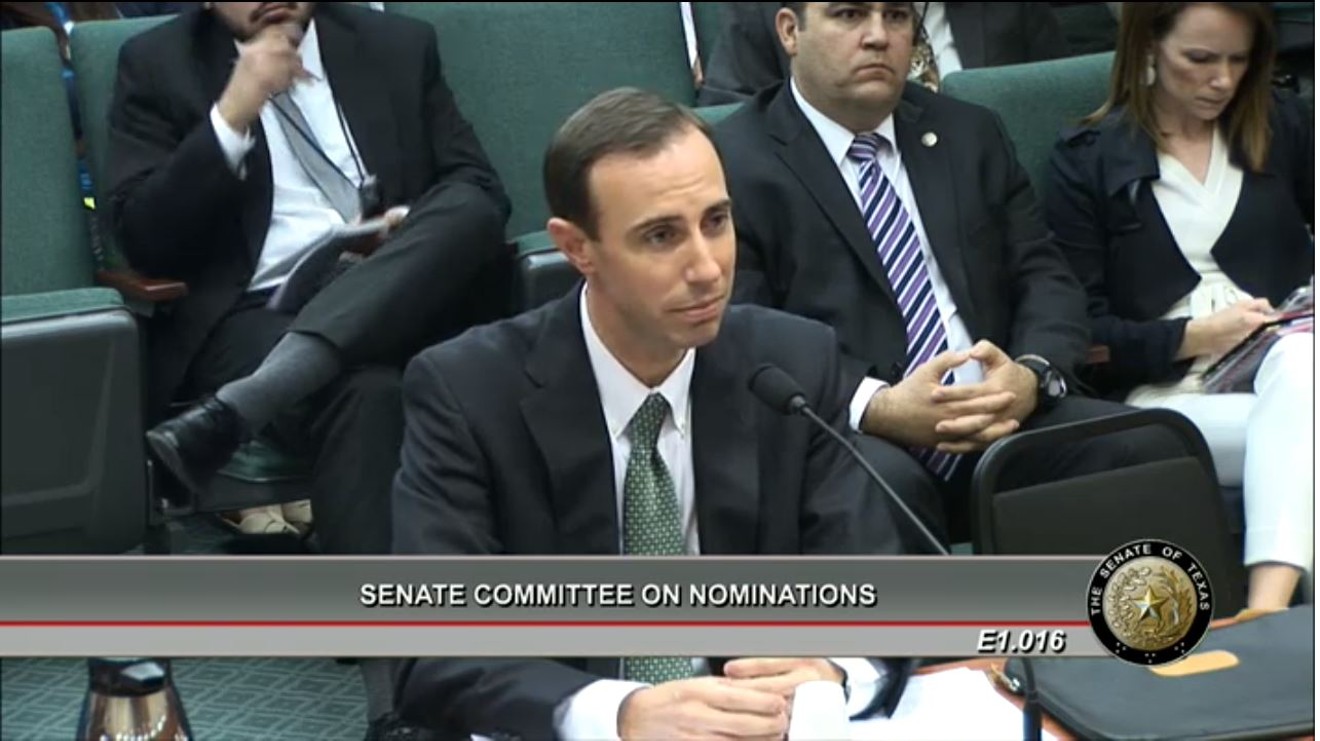 The groups sued Whitley earlier this year over his order that counties across the state review the registration of those voters the Secretary of State's Office said might be noncitizens. Per the terms of the agreement, Texas will pay the voting rights groups $450,000 to cover their legal fees and will be required to follow a new process when it wants to check on voters' citizenship status.

With more than a little help from Texas Attorney General Ken Paxton, Whitley issued a press release and advisory to Texas' 254 counties in January, warning that Texas had 95,000 potential noncitizens on its voter rolls. County registrars, the advisory said, should check to see whether anyone whose name appeared on the list was actually a U.S. citizen. Whitley's announcement came on a Friday afternoon, and he got headlines from the media and attention from President Donald Trump and Texas Gov. Greg Abbott, among others. Before the weekend was over, however, his list began to fall apart.

Shortly after sharing the 95,000 names, the Secretary of State's Office quickly advised counties not to take any action based on the list, because it might contain the names of naturalized citizens. The following week, at a hearing in front of the state Senate's nominating committee, Whitley fanned the flames of what was quickly turning into a crisis, refusing to take responsibility for jumping the gun with bad data — choosing instead to blame the Texas Department of Public Safety.

Within a month of Whitley's advisory, advocacy groups had filed three lawsuits against the state, claiming that the list and the actions Whitley initially demanded be taken unconstitutionally targeted naturalized citizens living in Texas. The federal judge in one of the suits agreed, issuing a temporary injunction barring any county in the state from taking action based on the list without direct permission from his court.

Friday's settlement requires Whitley to rescind his initial list. Before it can flag a voter, the Secretary of State's Office will have to receive information from the Texas Department of Public Safety that the voter said that he or she was not a citizen the last time he or she came into DPS offices to get or renew a state ID or driver's license. Whitley's previous advisory simply listed those who did not have records proving that they were citizens on file with DPS. That led to thousands of false positives, mostly among those who'd obtained IDs before becoming naturalized citizens.


"(W)e will continue to monitor any future voter purge attempt by the state to ensure that no eligible Texan loses their voice in our democracy." — Andre Segura

“After months of litigation, the state has finally agreed to do what we’ve demanded from the start — a complete withdrawal of the flawed and discriminatory voter purge list, bringing this failed experiment in voter suppression to an end,” said Andre Segura, legal director for the ACLU of Texas, one of the plaintiffs in the lawsuit against the secretary of state. “We are glad that the state has agreed to give up this misguided effort to eliminate people from the voter rolls, and we will continue to monitor any future voter purge attempt by the state to ensure that no eligible Texan loses their voice in our democracy."

In a statement, Whitley said he believes all sides will benefit from the compromise reached Friday.

"From the beginning, this process was designed to be collaborative, and today's agreement reflects a constructive collaboration among all stakeholders," Whitley said. "Today's agreement accomplishes our office's goal of maintaining an accurate list of qualified registered voters while eliminating the impact of any list maintenance activity on naturalized U.S. citizens."

Named secretary of state by Abbott in December, Whitley has yet to be confirmed by the Texas Senate. As the investigation into the attempted purge began, all 12 Democratic senators, enough to derail his confirmation, announced that they were opposed to Whitley taking over the Secretary of State's Office full time. If Whitley isn't confirmed by the end of the legislative session May 27, state law requires that he step down from his post.
KEEP THE DALLAS OBSERVER FREE... Since we started the Dallas Observer, it has been defined as the free, independent voice of Dallas, and we'd like to keep it that way. With local media under siege, it's more important than ever for us to rally support behind funding our local journalism. You can help by participating in our "I Support" program, allowing us to keep offering readers access to our incisive coverage of local news, food and culture with no paywalls.
Make a one-time donation today for as little as $1.