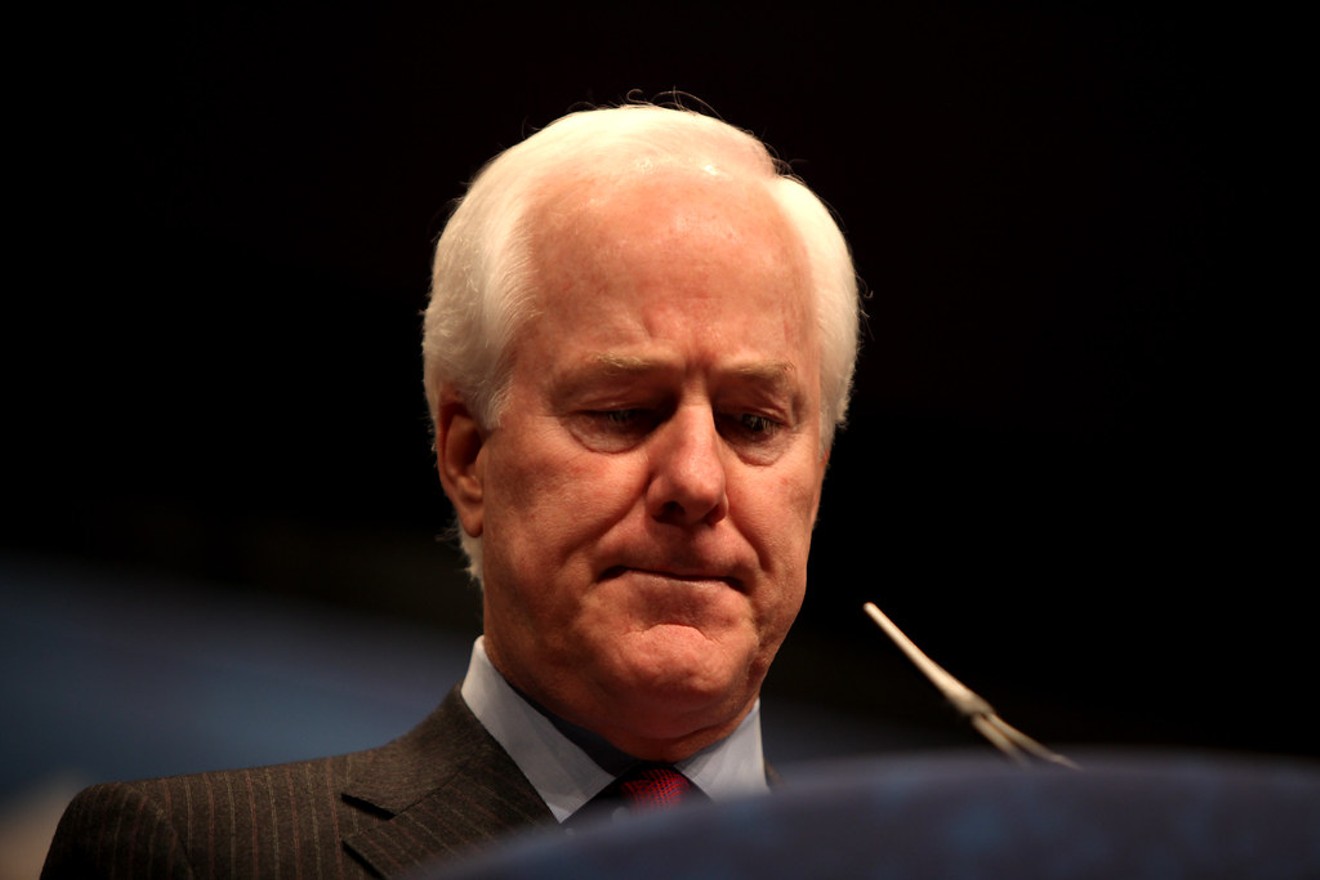 Some are wondering whether U.S. Sen. John Cornyn knows the meaning of "satire." "John Cornyn" by Gage Skidmore is licensed under CC BY-SA 2.0
From U.S. Rep. Louie Gohmert to U.S. Sen. Ted Cruz, Texans are used to the state’s politicians winding up as the butts of jokes. But the latest lawmaker to inspire a few laughs is one who typically manages to duck under the radar: U.S. Sen. John Cornyn.

But one of the confirmation hearing’s highlights came in the form of an embarrassing blunder by Cornyn, which left some questioning whether he understands the meaning of the word “satire.”

“Ms. Clarke, Martin Luther King famously said that he had a dream of the day when his children would be known by the content of their character and not the color of their skin,” Cornyn said. “Do you agree with that?”

“Well maybe there’s a misprint. … But I’m sure you can clear it up for me, dating back to your days in school when you seemed to argue that African Americans were genetically superior to Caucasians,” Cornyn said, furrowing his brow. “Is that correct?”

Cornyn was referencing an op-ed that Clarke had written as a 19-year-old Harvard student in response to a controversial 1994 book, The Bell Curve. Clarke went on to explain that during her time at Harvard, students held several events to challenge the book and its co-author, who taught at that university.

The Bell Curve posits that IQ is linked to race and class in modern society. Critics fiercely rebuked its central findings as racist.

“As a Black student at Harvard [at] that time, we took grave offense to this book,” Clarke told Cornyn.

Clarke explained that with the column, she'd hoped to “hold up a mirror — put one racist theory alongside another — to challenge people as to why we were unwilling to wholly reject the racist theory that defined The Bell Curve book.”

“Absolutely, Senator,” Clarke said with a wry smile, prompting Cornyn to squirm in his seat.

After Vox journalist Aaron Rupar posted a tweet about the video, social media users weighed in on Cornyn’s gaffe.

“This is what happens when intellectually inferior white men are faced with a more intelligent black woman,” wrote user @susankey_key.


This is what happens when intellectually inferior white men are faced with a more intelligent black woman.

Others reveled in Cornyn’s slow realization that his “gotcha” blitz had backfired.

“Hahaha Cornyn’s moment of silence and his look at the end is priceless,” said @WaterDummy.


Hahaha Cornyn’s moment of silence and his look at the end is priceless. pic.twitter.com/p5eIwTBtle

A few questioned Cornyn’s own IQ.

“The look on his face in the last few seconds of the clip,” wrote @johnkoong, who also posted a meme declaring Cornyn the “dumbest man in Texas.”

But others took issue with that designation, saying it's already reserved for another Texas firebrand.

“Lest we forget… also from Texas,” @steve_musselman replied, along with a picture of a beaming Louie Gohmert.

Lest we forget... also from Texas. pic.twitter.com/MMyzKhIdpm