After 20 Years, Daddy Jack's Days Are Numbered, and This Is a Loss Worth Mourning 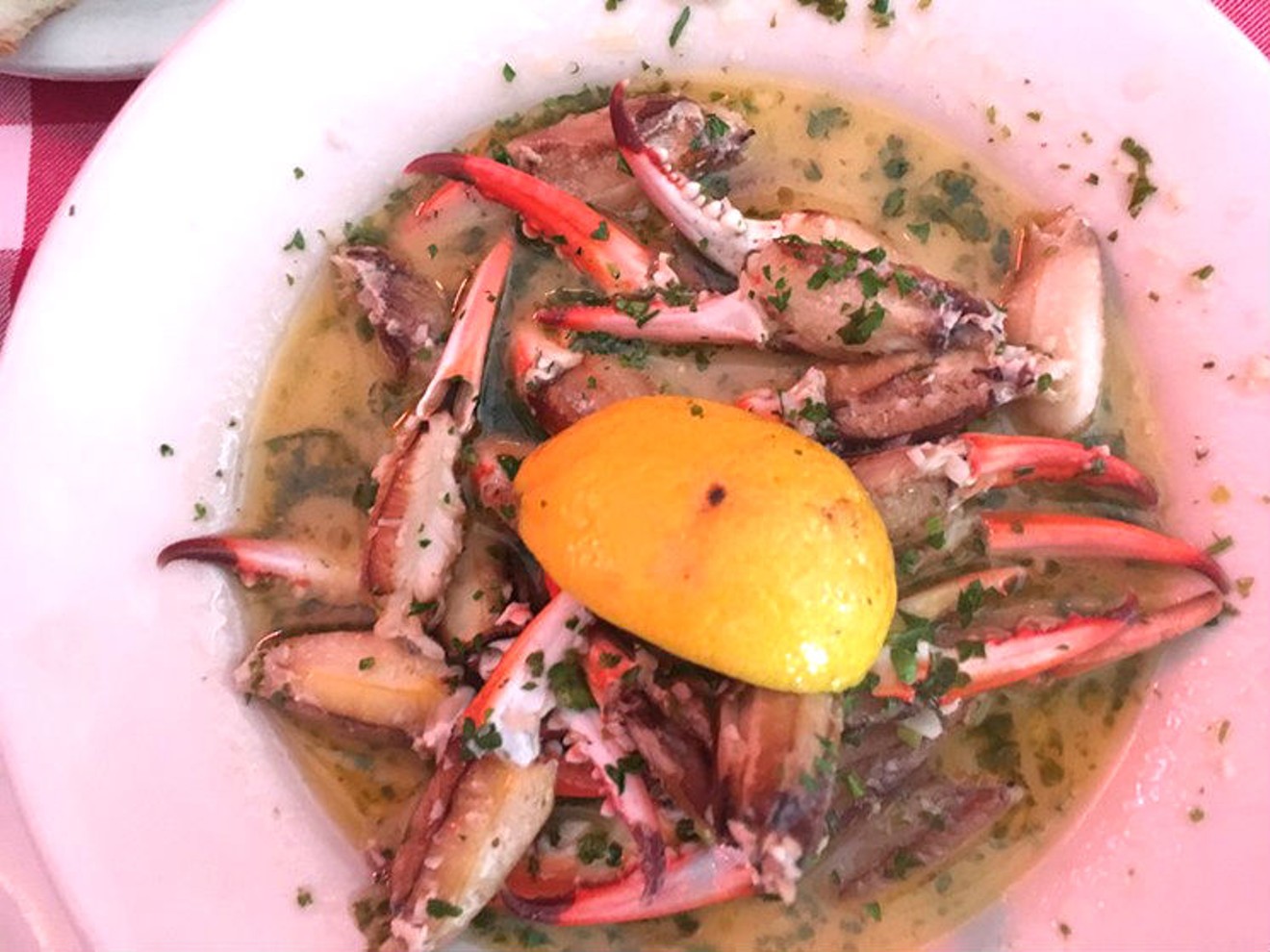 Crab claws in a bath of garlic, lemon and butter, a dish nearly impossible not to love. Nick Rallo
All-American is a series that looks at beloved, longstanding North Texas eateries and examines their history while exploring how the food has changed – for the good or bad – over the years.

Heading into the final days of Daddy's Jack's, the restaurant is ready. The neon lobster glows, and the checkered tablecloths, which somehow feel iconic to Jack's even though the they’re widely used, are neatly pressed, laid under the white plates and classically rolled napkins. Right at 5:30 p.m., a distinct hum is in the air like the energy of a room that’s about to host a party. It’s a buzz that makes you want to clink your glass and make a toast.

“Do you have a reservation?” Cary Ray, general partner, winces as he asks. He’s prepared to let me down as a walk-in because, at 20 tables, they just don’t have the room. Nearby, nestled into a table that overlooks Greenville, a couple has their server take their photo. It’s a time for memory, celebration and a bowl-full of the ocean, which, for more than 20 years, is what regulars have been coming for.

So, like a old, good ship, Daddy Jack’s is set to blow off some steam before it putters off into the horizon on May 6.

In the early '90s, owner Jack Chaplin approached Cary, who was busting his chops at Baker’s Ribs in Deep Ellum at the time, to partner up on a New England-style seafood and chowder house on Greenville. Ray jumped aboard in 1995 and has been co-running the joint with wife Mitzie Corbin since 1999, when Chaplin moved back to the East Coast.

Back then, a New England-style seafood joint — a restaurant where you’ll find stews and baked fish with garlic butters and clattering bowls of mussels and clams — wasn’t exactly on every corner of Greenville. Fresh lobsters were cheap, he says, less than five bucks a pound.

The well-known interior of a neighborhood seafood joint.
Nick Rallo
“We didn’t even have a fryer for the first 15 years,” Ray says. Calamari is one dish you’ll find dunked in the deep fryer these days. By 1994, Jack’s was doing all-you-can-eat seafood, which meant as many lobsters as you could fit in your body.

In 1996 business rocketed forward when Jack’s was featured in a photo spread for a national VISA ad, wherein Jack showed off a big plate of lobsters. Lobster fra diavolo, a glorious sauté of lobster parts, clams, mussels and shrimp tossed into a spicy, garlicky marinara, remains a staple alongside their mega-lobster feast (they get shipments of the crustacean six days a week). There’s also clam chowder, of course, shrimp scampi and the dish as old as Woodstock, the surf and turf.

Later, I was able to sneak in for a last meal.

Crab claws come soaked in lemon, tons of chopped garlic and parsley that encourages you to swipe a hunk of their sourdough through it, and the shrimp are indulged with a salty globe of buttery crackers and crab. Lobster fra diavolo has always been a dish of occasion to me (my family cooks it on Christmas Eve), and it’s all about the tomato sauce. There’s just enough heat and garlic and a little butter with a halved lobster tail and a beautifully messy pile of clams and mussels. A mussel or two had a little funk to it, and the lobster could have been cooked less, but it tasted like home.

Lobster fra diavolo, a spicy tomato sauce atop linguine with a boat-load of shellfish.
Nick Rallo
Halfway through the meal, I can’t help but think: It always, always hurts to see a red-checkered cloth joint leave us.

“Looking forward to it ... we’re kind of pooped,” Ray says when I ask how it feels to close up shop.

How many more restaurants will open up that stuff their shrimp with pulverized Ritz crackers or do the tilapia with lemon butter that feels like it dates back to Abraham Lincoln? How many are even left that do these things?

For a few more days, at least, we can disappear into Daddy Jack’s, get a little drunk on wine and clam broth, and pretend it’s going to be there for years.