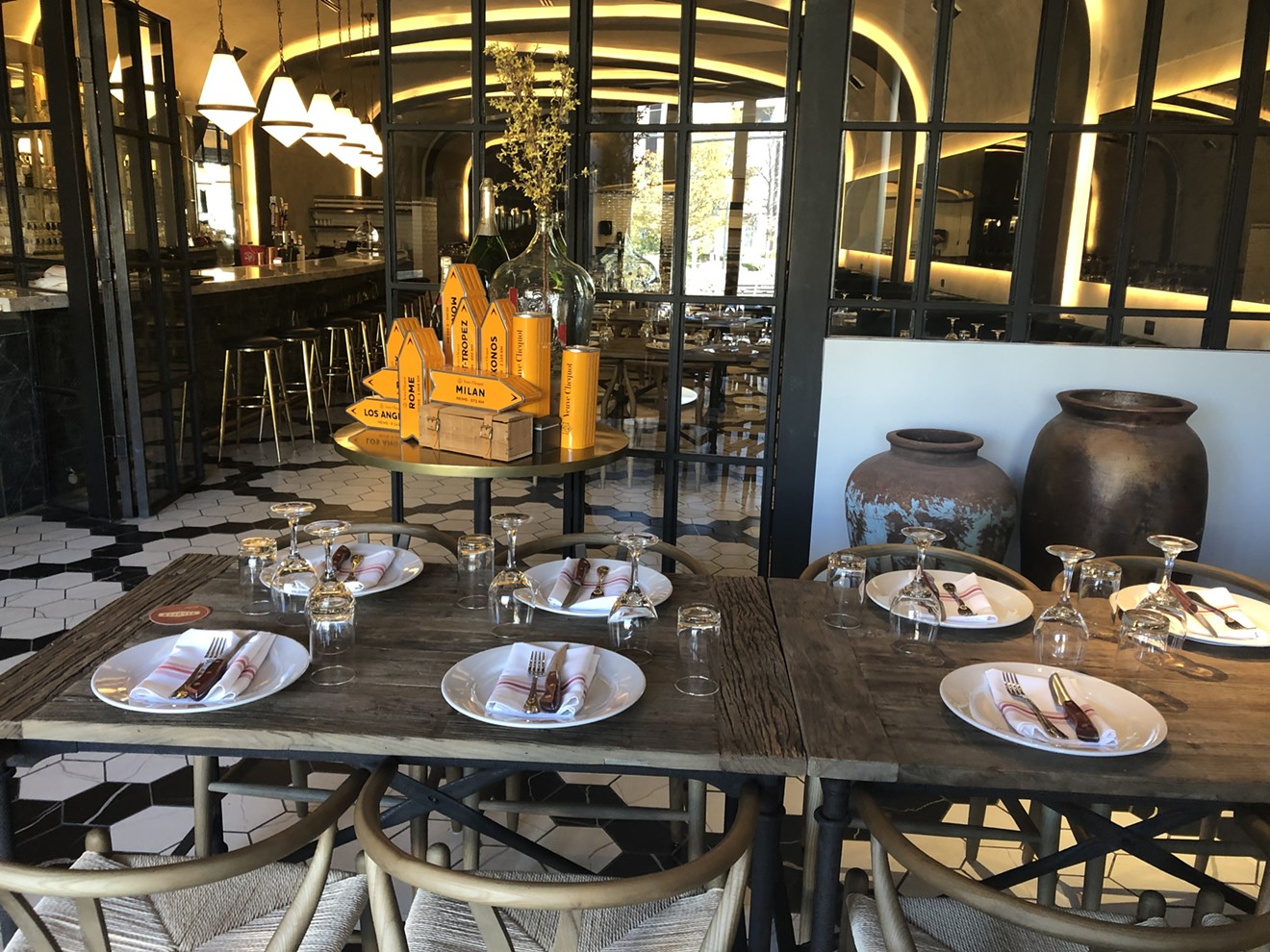 The space that formerly belonged to Quill is now home to a Brazilian gaucho-style pizzeria. Alex Gonzalez
After launching its original Southlake location in March, chef Evandro Caregnato has opened Delucca Gaucho Pizza & Wine's second location in the Design District. At Delucca, guests can sample an extensive variety of pizzas in Brazilian gaucho fashion.

“Gaucho style refers to the style of service, Caregnato says. “You pay a fixed price, and you can try everything on the menu, similar to a Brazilian steakhouse.”

Upon being seated at Delucca, the party is given charcuterie with cheese, salami and olives. Then, guests are given a warm lobster bisque. Once guests are done with the antipasto, they turn the card on the table from red to green, and the servers will bring wood-fired pizzas and allow them to sample as they please.

“You’re going to be able to sample many things from different parts of the world,” Caregnato says. “The pizza is very light, so you can sample many different ones.” 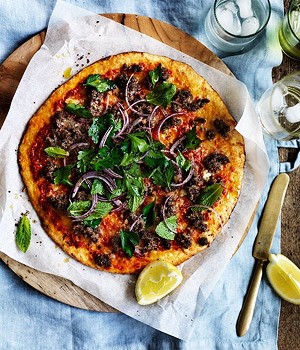 Eat all the pizza you want at Delucca Gaucho.
courtesy Delucca
The menu at Delucca’s Design District location is identical to that of the Southlake location and contains favorites like the chicken tikka masala pizza, the roasted pears and honey pizza, and Caregnato’s favorite, the Turkish lamb pizza.

“The lamb pizza is just out of this world, Caregnato says. “It has sumac, red onions and all of these really great flavors.”

After finishing the savory pizzas, guests can try dessert pizzas, including the Nutella pizza, the blackberry and mascarpone pizza and the dulce de leche.

Delucca’s also serves wine and cocktails like the Caipirinha, Delucca’s No. 1 selling cocktail. The Caipirinha is a Brazilian cocktail made with cachaça, sugar and lime.

While the menu at Delucca’s new location will remain the same, Caregnato has designed the Design District pizzeria to have a more luxurious ambiance. Diners will recognize it as the former home of short-lived restaurant and cocktail bar Quill. There are two bars, monochromatic lighting, lounge-style seating and rustic wood tables.

“At the end of the day, this location is just a lot more accessible,” Caregnato says. “The Southlake location is not very close to most people. We have customers from Frisco, Plano and Dallas, and this location is going to be a lot closer for them.”

Delucca is open daily for dinner in the Design District.

Delucca Gaucho Pizza & Wine, 1628 Oak Lawn Ave. (Design District)
KEEP THE DALLAS OBSERVER FREE... Since we started the Dallas Observer, it has been defined as the free, independent voice of Dallas, and we'd like to keep it that way. With local media under siege, it's more important than ever for us to rally support behind funding our local journalism. You can help by participating in our "I Support" program, allowing us to keep offering readers access to our incisive coverage of local news, food and culture with no paywalls.
Make a one-time donation today for as little as $1.