One new Far North Dallas restaurant is making waves with Viet-Mex fusion. Kathy Tran
We've got more restaurants opening now than any mere mortal can keep up with, but we're giving it the ol' college try. If you're looking to explore the new wave of 2018 Dallas dining, here are a few places to start. You may have to fight for a table, but it'll be worth it. 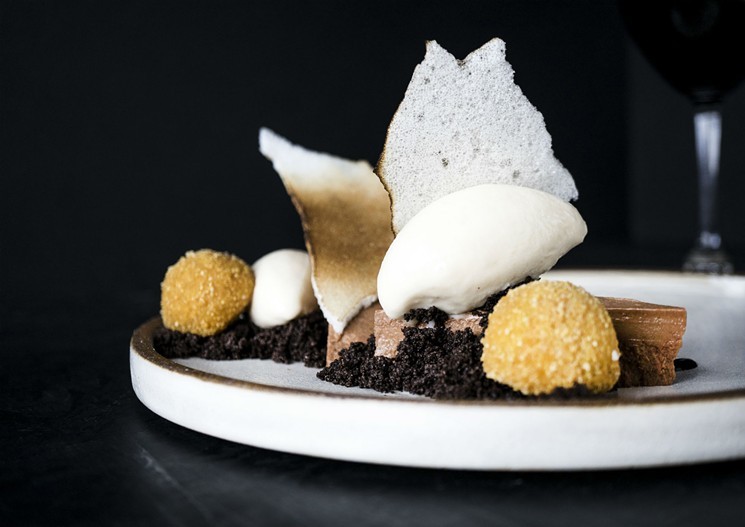 Uchiba's fried milk dessert, $9.
courtesy Logan Crable/Uchiba
Uchiba
2817 Maple Ave. (Uptown)
A few weeks ago, Uchi shuttered its upstairs little sibling, Top Knot, and replaced it with Uchiba, a sort of Uchi-lite where you'll find sushi, yakitori and a few of Uchi's most beloved dishes, along with a fun cocktail menu and ample Japanese whiskey. Whether you're waiting for a hard-to-get table at Uchi or just in the mood for fried milk and sake cocktails, Uchiba is a fun spot to visit.

The swanky new interior at Gung Ho, now open in the former Remedy.
courtesy Ben Gibson/Gung Ho
Gung Ho
2010 Greenville Ave. (Lower Greenville)
It's been more than a year since Remedy closed its doors on Greenville, and we finally have its replacement: The cheeky new Gung Ho, an American-Chinese restaurant with shareable dim sum, sharp cocktails and fun takes on the won ton soups and egg rolls so many of us grew up eating in the '90s.

This phorrito is the best of two worlds: pho and burritos.
Kathy Tran
Cris and John Vietnamese Street Food
5555 Preston Oaks Road (Far North Dallas)
Looking for something you haven't tried before? Sometimes, in this city, that's not as easy as you'd hope. But you're likely to find it at Cris and John, a Vietnamese-Mexican fusion restaurant serving pho burritos, boba horchata and cheese corn that straddles the line between elotes and a dish you'd find at Korea Town pubs like Ddong Ggo. 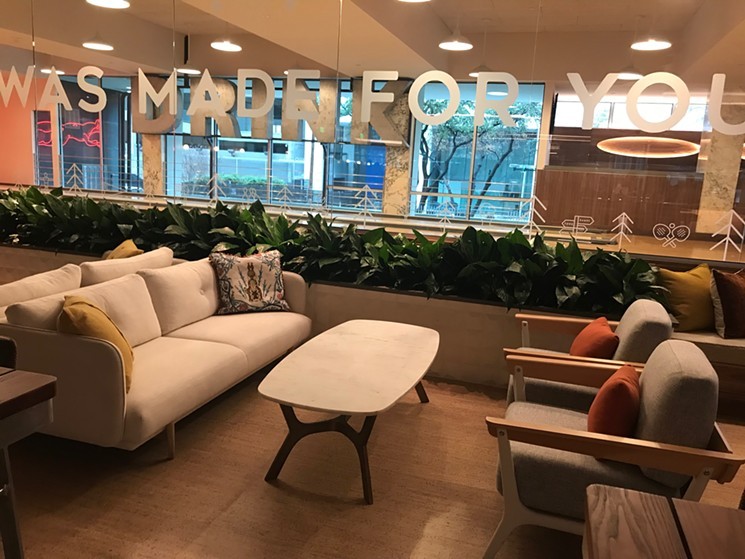 With ample group seating and activities such as bowling and pingpong, Scout is fun for groups.
Beth Rankin
Scout
The Statler, 1914 Commerce St. (downtown)
Looking for somewhere with Texas flair to take a big group of revelers? The Scout, which opened this week in the renovated Statler hotel downtown, is the place to go. With shareable fajitas and fried chicken buckets, large-format cocktails, and activities such as bowling and ping-pong, Scout is made with groups in mind. Settle into some midcentury modern digs with nods to American national parks. This is one bar you'll want to camp out at.

KEEP THE DALLAS OBSERVER FREE... Since we started the Dallas Observer, it has been defined as the free, independent voice of Dallas, and we'd like to keep it that way. With local media under siege, it's more important than ever for us to rally support behind funding our local journalism. You can help by participating in our "I Support" program, allowing us to keep offering readers access to our incisive coverage of local news, food and culture with no paywalls.
Make a one-time donation today for as little as $1.
City of Ate