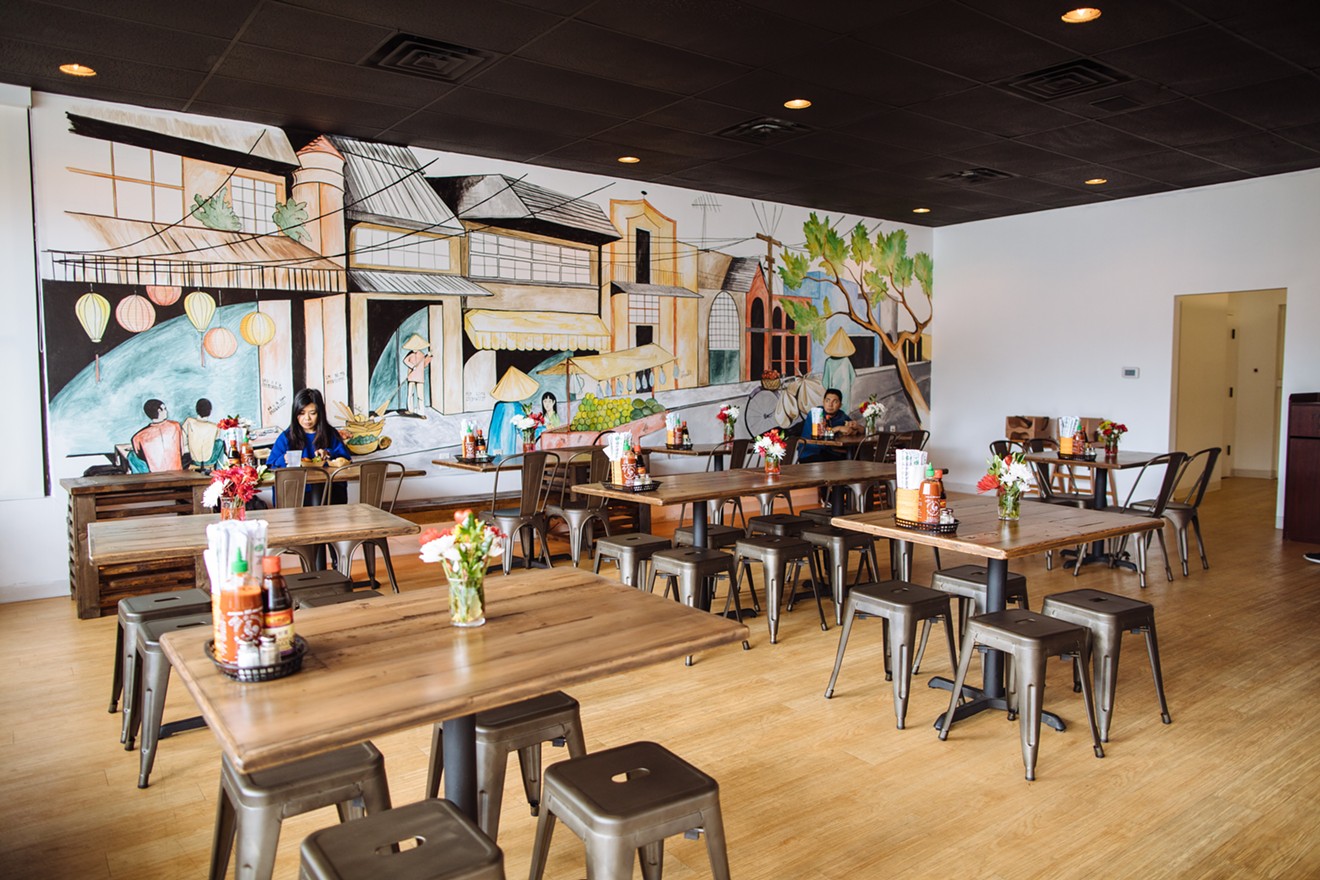 Vietnamese street food is a slight misnomer. This is a far cry from the streets of Saigon, but the spirit is there.

Pham was born in Ho Chi Minh City but came to the U.S. for college. Mendez was born in the U.S., but her family is from Mexico. The two met in college. But this story isn't about them. It's about their food.

“We do this out of complete passion for food,” Mendez says. “We wanted to do something fresh and something very different.”

It's no lie. In the center of the menu is their phoritto ($7), a Viet-Mex fusion that piles all the goodness of a bowl of pho into a warm and crispy tortilla. 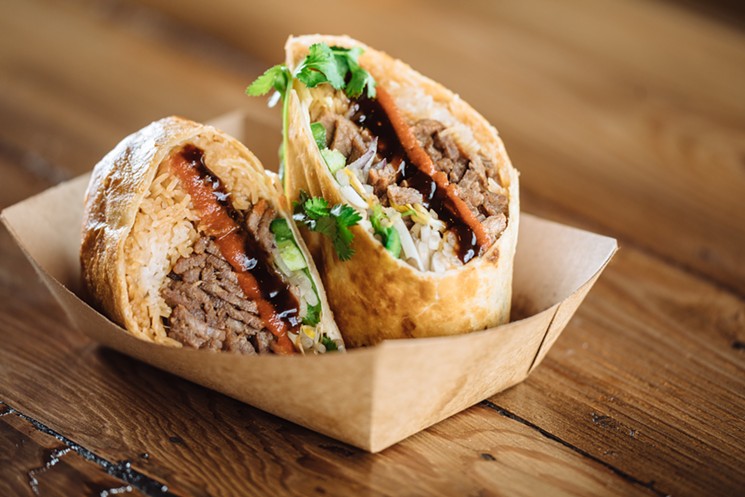 Cris and John's phoritto, $7, takes the best parts of Vietnamese pho and gives them the burrito treatment.
Kathy Tran
The inside of the restaurant is quaint, with low seating, dark wood and utensils inside Cafe Du Monde coffee tins on each table, a nod to the dark chicory coffee many Vietnamese people drink daily. The entire back wall is painted in a slice of Vietnamese city life, with men sitting and drinking, a storekeeper sweeping the sidewalk, a fruit vendor passing off a bag of produce to a smiling girl. The scene is missing only a worker chopping chicken and an advertisement for Tiger beer.

The food is astonishingly good, provided you go in with no reservations or preconceived notions.

The starters of cheese corn and Vietnamese rice paper ($5) came first. The rice paper is an ode to a traditional Vietnamese dish served in DaLat called DaLat pizza. It consists of a grilled rice paper round covered in scrambled eggs, meat and herbs, all folded together like a quesadilla. The cheesy corn ($4) conjured up memories of that ooey, gooey, stretchy, sweet corn that Ddong Ggo does so well. 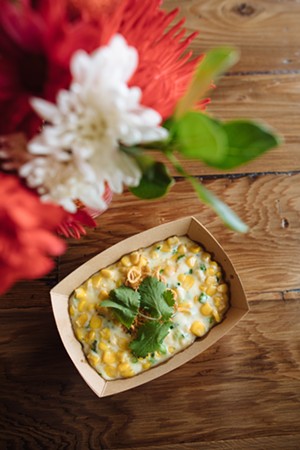 Two words: cheese corn.
Kathy Tran
The combo of spicy chili wings ($7) and boba horchata ($3) is as astonishingly odd as it is delicious. Mendez and Pham warn  that the wings are supremely hot and that guests should order the horchata along with them for its cooling milky properties. They weren’t wrong. The wings came saturated in a thick, bright red, staining paste that left our lips burning for a while, even with the cool and sweet cinnamon of the horchata boba.

Mendez and Pham also have a selection of fillings that can be ordered in the form of bao ($4), taco ($2.50) or bahn mi ($6.50). Surprisingly, every combination worked. The bao is soft and fluffy. The banh mi French bread is crispy and tender, and the taco, while nontraditional, was solid. Just be prepared for a texture trip.

The main event, though, is the phoritto. When asked what his parents in Vietnam thought when they heard their son was serving a pho burrito, Pham laughed.

“They think it was crazy," he says. "The burrito? I told them about it, and they went, 'That's ridiculous.'"

It is ridiculous; it tastes like neither pho nor a burrito. All of the components are done well. The meat is tender and juicy, the rice soft and tender, the herbs fresh and the tortilla definitely crispy. It's something to be experienced, for sure, and may elicit unexplained late-night cravings later.

“If you’re going to go into business, there's no better way than to go into it with your partner,” Mendez says.

“We have support for each other 100 percent,” Pham adds.

Cris and John Vietnamese Street Food is something Dallas needs. Its an exploration of flavors and passions that is rare to witness.