Today's a Good Day to Buy Tickets to Tacolandia 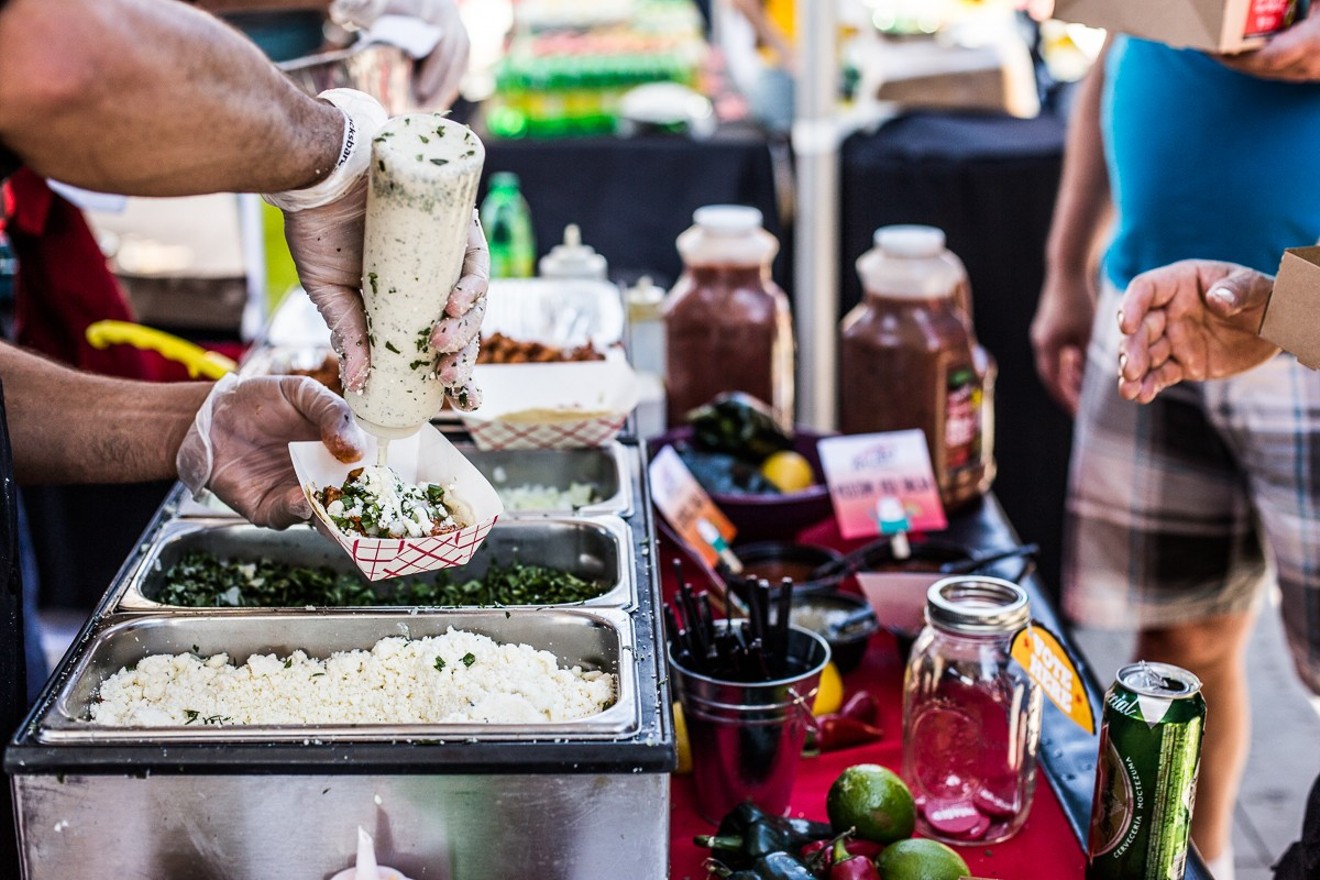 At Tacolandia, there's no limit to how many tacos you can eat in one afternoon. Melissa Hennings
Dallas taco festival Tacolandia is in its eighth year, and this year promises to be better than ever. Fest-goers will get access to unlimited tacos from a growing list of Dallas restaurants, including beloved taquerias like Resident and Trompo.

General admission tickets are currently $25 — giving you unlimited taco samples and a cash bar with beer and cocktails — but that price increases to $35 on Aug. 17, the same day $65 VIP tickets become $75. For those who don't enjoy a line, the VIP ticket gets you into the fest an hour early, along with access to a VIP lounge (and bathroom), exclusive taco samples and four drink tickets.

If you haven't bought tickets yet, now's the time. Here's a look at participating restaurants so far — and more will be added in the coming weeks: