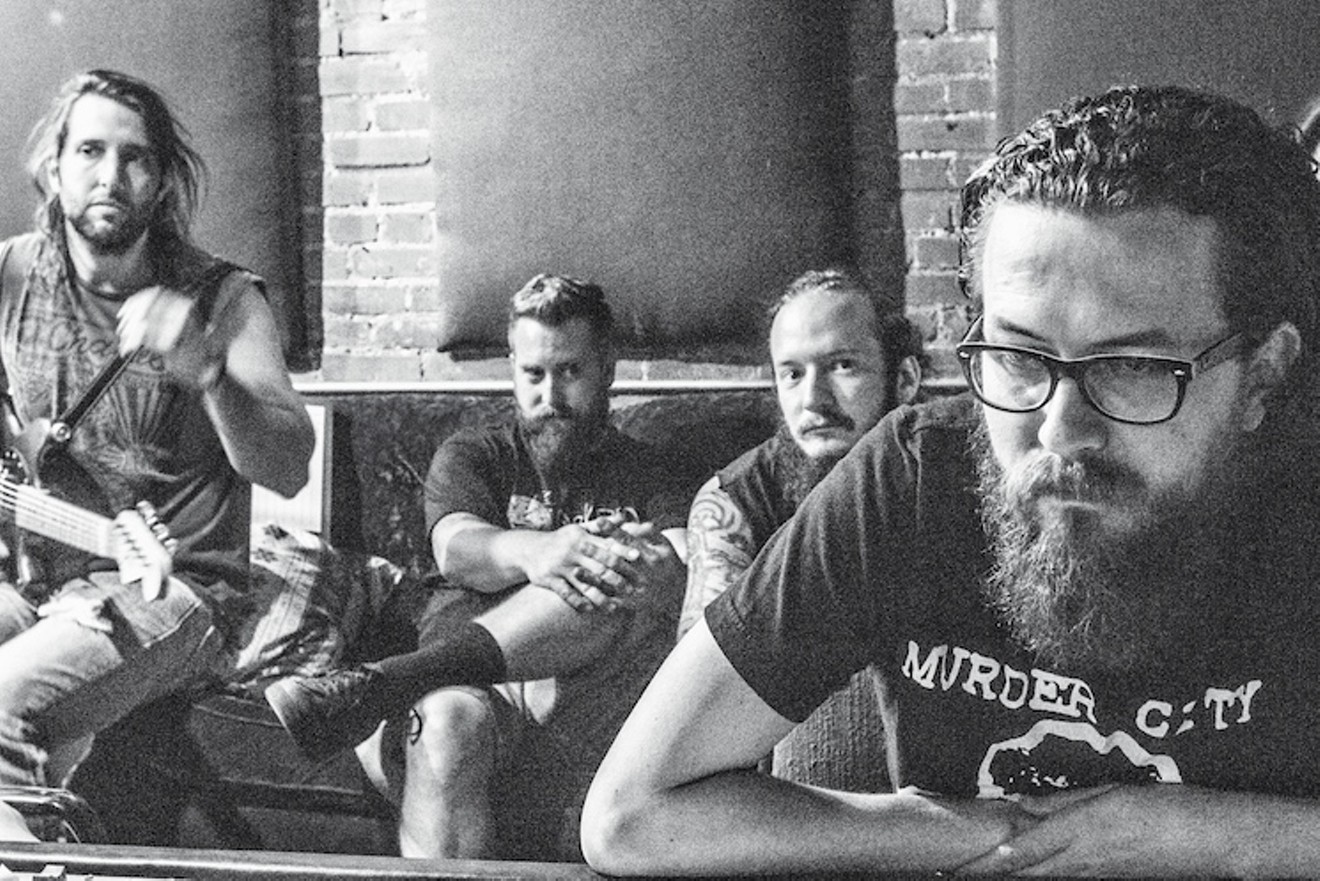 When Dead Flowers released their second LP, His Blues, in 2014, they planned to keep releasing a new record every year. That scheduled proved a bit too ambitious, but the four-piece rock band's third record is finally coming out, with a record release party set for Nov. 4 at Three Links.

Frontman Corey Howe, who worked in management at the Double Wide before becoming a consultant for the Nines and Independent Bar & Kitchen, says he's also written most of the band’s fourth album. But for now, he’s

The album's mix of blues, folk and punk rock, combined with Howe's whiskey-soaked rasp, bears traces of the Replacements, Against Me! and the Rolling Stones.

happy to talk about the third, Let Me Be. The band has also given the Observer an exclusive: the video for the first single from the album.

The Replacements are a big influence for Dead Flowers; it's obvious listening to His Blues and even more so on Let Me Be, which boasts a little more than a dozen tracks. The album's mix of blues, folk and punk rock, combined with Howe's whiskey-soaked rasp, also bears traces of Against Me! and the Rolling Stones. But Howe insists it is a coincidence that the new LP’s name is similar to Replacements classic Let It Be.

In another nod to the past, Dead Flowers recorded Let Me Be on analog tape at Ferralog Studio in Deep Ellum, with 17-year-old wunderkind Nash Griggs behind the glass. They finished Let Me Be earlier this year.

“One of the things with analog is it takes a little longer than digital,” Howe says, laughing.

Since the last album, original drummer Ed Chaney has left the band to focus on his other projects, the Rich Girls and the Aquaholics. Now, with James Brock on drums, Dead Flowers have a punkier, heavier sound. Bassist Evan Johnson and lead guitarist Vince Tuley round out the band.

Dead Flowers, from left: Vince Tuley, James Brock, Corey Howe and Evan Johnson
Andrew Sherman
Most of Let Me Be was written with Brock.

Dead Flowers shopped their new record to labels but ultimately decided to release it on their own.

“It’s strange; you spend a lot of time, a lot of money, a lot of effort recording songs you think are really important, and then you try to get other people to listen to them, and it turns out it’s a lot more difficult than you would assume,” Howe says.

The band has been teasing Let Me Be since the summer, starting with its own beer. The group partnered with local brewery BraidDead to create a “For Healing” beer, named after a song on Let Me Be. A few people got to hear the song months before its proper release.

The band has plans to tour after the LP comes out. Howe is busy setting things up. Dead Flowers don't have a manager or booking agent. They had vinyl records pressed on their own and hosted a presale for the album. Howe also has a web store, Cut the Rope, and donates proceeds to local nonprofit Foundation 45. He’s also produced an EP for local artist Ashley Falgout.

“I told all the guys, ‘Just keeping working. Save money. I’ll get us back on the road as soon as I can,’” Howe says.