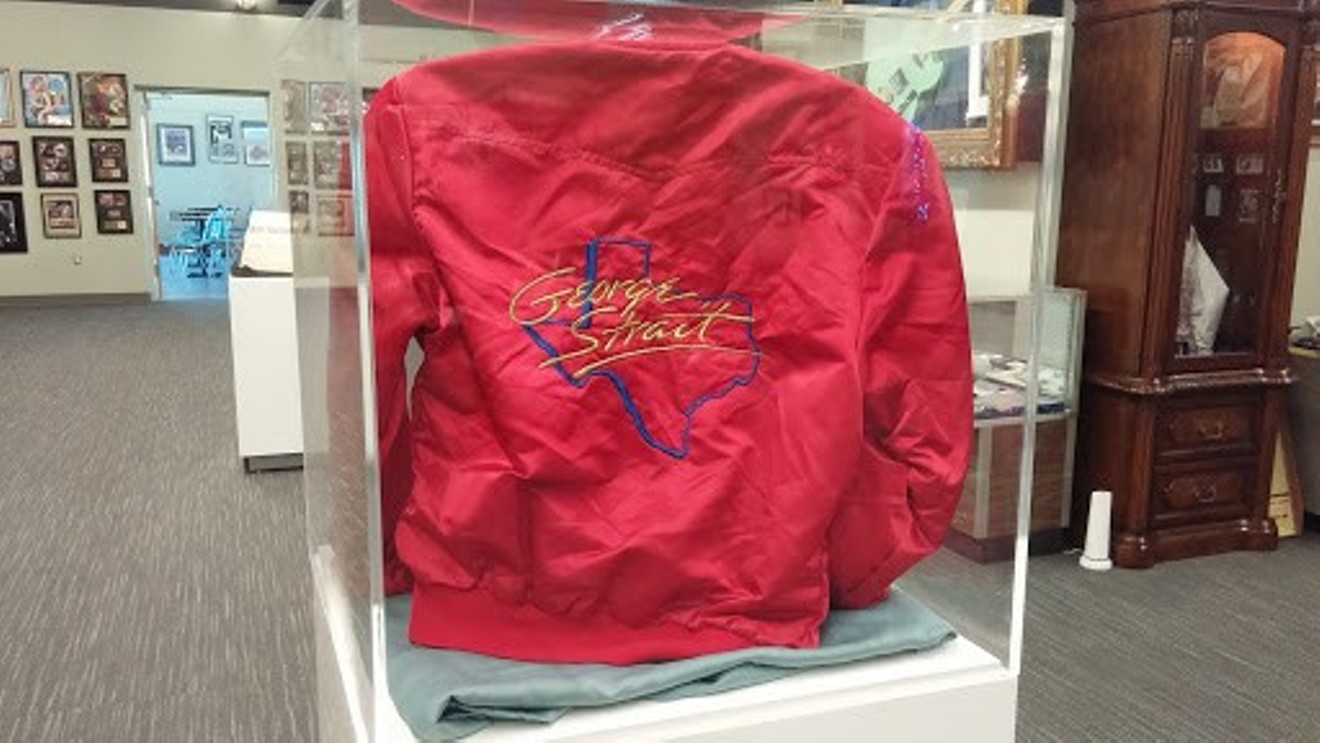 When we spoke to the owner of the Texas Musicians Museum on Wednesday, things looked grim. Now within 24 hours, Kreason says he's going to be just fine.

Since we broke the story about the City of Irving giving the Texas Musicians Museum until May 17 to be out of their location, Kreason says other towns have offered his museum space, including a Fort Worth mall, Southern Junction, and more.

On Thursday morning, police officers showed up to the museum. Kreason says the city believed he was going to destroy the building or attack people.

"Apparently everyone gets it but the city of Irving," Kreason says. "They don't see the value. We're going to be just fine and I think we're gonna land on our feet in a bigger and better way. And we're going to take these lemons and turn them into the best lemonade you've ever had."

The City of Irving has not responded to our request for comment by press time.

Update (5:15 p.m. May 2): Irving city spokeswoman Susan Rose wrote in an email to the Observer that the Texas Musicians Museum hasn't made its required monthly rental payments since August and that it has until May 17 to vacate the city-owned building.

"The City of Irving’s lease with Texas Musicians Museum requires the TMM to make monthly rental payments. The city has not received any payments in Lease Year 3, which began August 2017," she wrote. "The nonpayment of rent by TMM constitutes an event of default pursuant to the Lease. Therefore, the city is requiring TMM management to vacate the city-owned premises no later than May 17, 2018."

The Texas Musicians Museum has 24 hours to vacate its downtown Irving facility.

Museum owner Thomas Kreason says the city of Irving gave him a notice Wednesday afternoon. He says the city claims he hasn't paid rent but that the museum and city have a written agreement that says otherwise.

The Texas Musicians Museum hosts events in exchange for rent credit, Kreason says. But the city keeps finding ways to disqualify the events.

When the museum wouldn't pay its rent, the city would give them a notice of default, Kreason says. When Kreason would try to reason with them, the city wouldn't respond.

Finally, the museum pushed for a response and received "a notice for us to vacate the facility," he says.

Kreason says the museum has hosted events such as a Stevie Ray Vaughan car show, a crawfish festival, a blues festival and more. The attendance was good, but he says he warned the city that there weren't going to be a million people in the beginning.

"They never put the parking lot together like they were supposed to," Kreason says. "Otherwise, we could have gotten sponsorships, like Budweiser. Again, they did things to help make us fail. They kept saying they wanted us to succeed, but everything they've done has helped make us fail."


"They kept saying they wanted us to succeed, but everything they've done has helped make us fail." – Texas Musicians Museum owner Thomas Kreason

Hillman did not answer our phone call Wednesday afternoon.

The Texas Musicians Museum was in Hillsboro and Waxahachie before it moved to Irving in July 2015, Kreason says. The museum had a five-year contract with the city of Irving and was up for an option of another five years in 2020.

The city was supposed to redevelop Irving's downtown, Kreason says, but that hasn't happened. He says the citizens are getting the short end of the stick.

In a 2016 Dallas Observer article about the museum, an employee told us the museum was having a hard time because of lack of traffic. Kreason also said in the article that the museum's live music venue is what pays the bills.

Kreason says he can't go into too much detail, but he believes Hillman wants another business in the museum's building.

"Basically what the city of Irving is doing is throwing the Texas Musicians Museum and Texas music history to the curb," Kreason says.
KEEP THE DALLAS OBSERVER FREE... Since we started the Dallas Observer, it has been defined as the free, independent voice of Dallas, and we'd like to keep it that way. With local media under siege, it's more important than ever for us to rally support behind funding our local journalism. You can help by participating in our "I Support" program, allowing us to keep offering readers access to our incisive coverage of local news, food and culture with no paywalls.
Make a one-time donation today for as little as $1.