The Pandemic Made Us Miss Our Friends ... but Also Hate Them 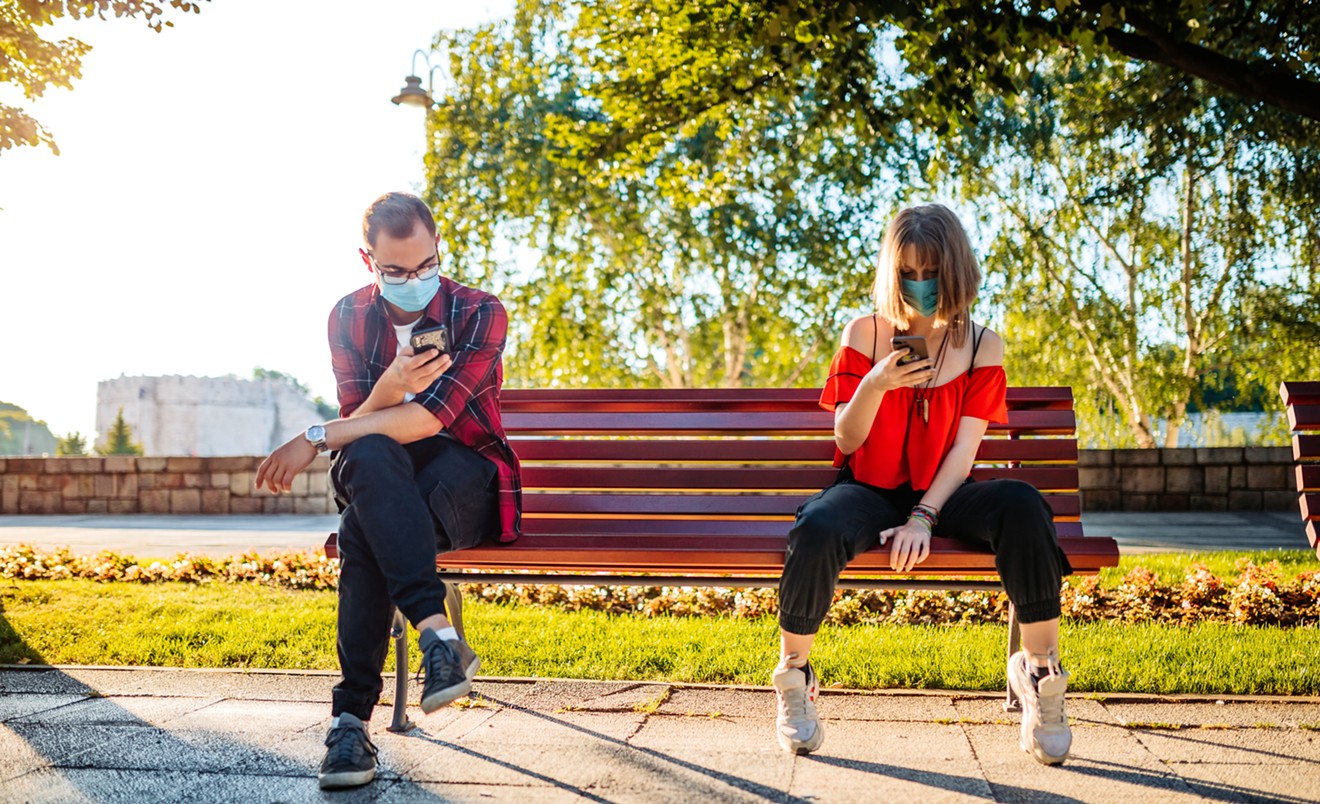 The pandemic made us seriously reevaluate with whom we spend our time. Urbazon/Getty
As we look back on a pandemic-long year, we are left to reflect on the many changes that disrupted our lives. The extra time alone has allowed us to reassess our priorities and, in particular, the type of people with whom we want to spend our time. Romantic relationships have taken a toll during the pandemic, but so have our platonic ones. Some friendships may have survived awkward hangs on Zoom, while some friends remained close by coming together in safe, socially distant gatherings, and some people have chosen to let go of certain friends altogether.

According to a study conducted in the U.K. that measured the ways the pandemic changed people's social lives, 22 percent of people reported that their friendships had worsened. The finding was most prevalent among young adults.

This was the case for 26-year-old Rachel Walker, who recently ended a seven-year friendship with someone she met during her college days at the University of North Texas. Walker says the friendship was on the rocks even before the pandemic, but she saw her friend’s true colors after Walker's grandmother died.

“I was already isolated from people due to COVID, but I was around family and close friends the day [my grandmother] passed,” Walker says. “A few people texted me their condolences [the friend included], but I took some time away from my phone to grieve. My grandma was my best friend, so this hit me pretty hard.”

After taking time away from her phone, Walker heard that her friend was upset with her for not reaching out. She immediately found that the friend had unfriended and unfollowed her from every social platform.

“Being in a pandemic, losing my job and grandma, I just didn’t really have the bandwidth to check on people,” Walker says. “I wish the friend had reached out to me to check on me because I was really struggling. I was transparent about how I was handling things via social media so it wasn’t like I was suffering in silence. But the friendship was usually pretty one-sided where I reached out most often, and the friend only reached out when they needed me for something.”

As we passed the months at home, day after day catching up on calories and crime TV, many people came to realize which friendships were merely circumstantial (such as the coworkers you're practically forced to like) or completely dependent on alcohol (such as your "going out" friends). Not all of them survived the long-distance relationship model that was key in 2020.

While failure to communicate has shown to be a deterrent to friendships during an isolated year, another reason people are ending friendships because of the way friends have handled the pandemic.

In a February story, Observer contributor Paige Skinner told us she broke off friendships with "selfish" people.

“How are we gonna go back? It stresses me out so much,” Skinner said. “Now I know how certain people live through a pandemic, and I now know that some people didn't take it as seriously as I did. And some people still did things that I think put them in compromising situations. And they were selfish.”

Like many of us, 39-year-old Clayton Johnson has used social media to keep up with friends during the past year. This has allowed him to see who has been taking the pandemic seriously and who hasn’t.

“For the most part, nobody seemed afraid to openly admit ... if they were doing something like going to happy hour several times a week,” Johnson says. “Were they going out, and were they doing the bare minimum to keep others safe by wearing a mask?”

Johnson recalls a specific situation in which “a group of half a dozen or so” friends that he used to meet for drinks decided they were tired of staying home. These friends chose to go out every day, just as they would before the pandemic.

“They were choosing to go to a bar that's been notoriously lax in its masking enforcement,” Johnson says. “This was on top of the fact that they were throwing house parties every weekend and posting pictures of themselves doing it all over Facebook.”

Because of the actions of his friends, Johnson says the lens in which he views his friendships has been “permanently altered.” He says that some friendships, albeit somewhat fixable, will not be the same as they were.

“Were you doing your part when COVID was at its worst? If you weren't, it's going to be difficult for me going forward to stay friends with you." –Clayton Johnson


“Were you doing your part when COVID was at its worst? If you weren't, it's going to be difficult for me going forward to stay friends with you," Johnson says. "And if you took it a step further and posted it all over the internet for everyone to see? That's even worse. That means you were proud of what you did and had no problem basically negating all the hard work the rest of us were trying to do.”

While Walker and Johnson are at peace with their friendships ending, others are devastated. Dallas psychologists Dr. Harville Hendrix and Dr. Helen Hunt have found that one of the biggest challenges of friendships during the pandemic is not being able to be physically present. For some, they say, a dissolved friendship can result in emotional and physical pain.

“For astute people, what they notice is if there's been a rupture in their relationship, when it's time to go to bed, they can't fall asleep,” Hunt says. “Because they're anxious or they're in pain, and they keep reliving the painful experience they had in a ruptured relationship.

Hendrix and Hunt are the founders of Safe Conversations, an organization that specializes in helping people form and heal interpersonal relationships. For those who have lost friendships during the pandemic and are interested in repairing them, Hendrix and Hunt offer seven tips: Be the person who takes the first step, send a text or a handwritten card, honor time that has passed, show interest and curiosity, practice gratitude, be vulnerable and share a laugh.

Reconnecting in person with friends is becoming a safer possibility in the near future given COVID vaccines. As we slowly re-enter normal life, Hendrix advises that we look at our friendships and other interpersonal relationships through a new, appreciative lens.
KEEP THE DALLAS OBSERVER FREE... Since we started the Dallas Observer, it has been defined as the free, independent voice of Dallas, and we'd like to keep it that way. With local media under siege, it's more important than ever for us to rally support behind funding our local journalism. You can help by participating in our "I Support" program, allowing us to keep offering readers access to our incisive coverage of local news, food and culture with no paywalls.
Make a one-time donation today for as little as $1.