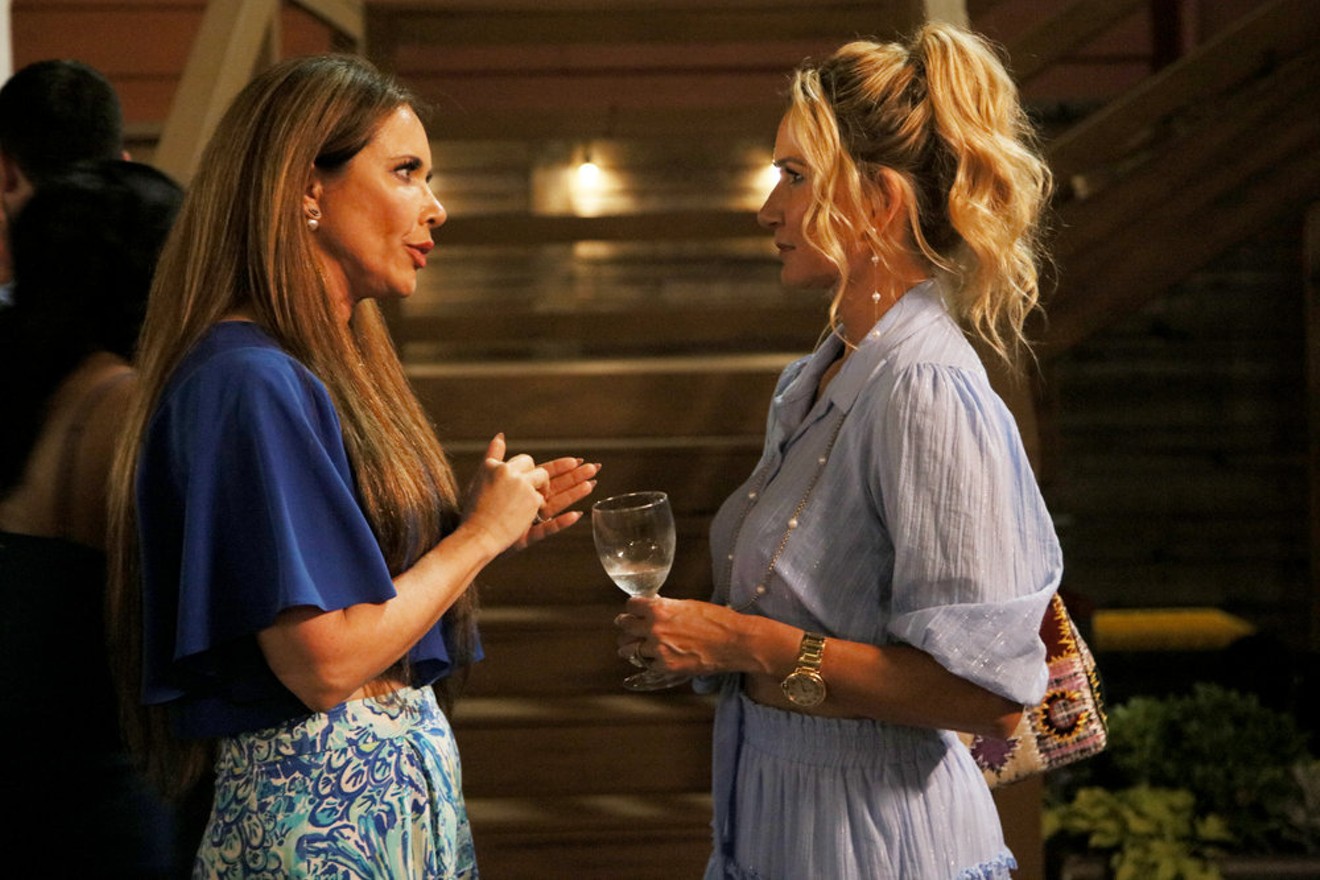 LeeAnne Locken and Kary Brittingham have not gotten along on this season of The Real Housewives of Dallas. Peter Larsen/Bravo

This wasn't the first time Locken has made some questionable remarks about Brittingham's nationality.


“I should have made a joke in Hispanic and not English," she said during one episode.

“Find your own Mexican words," she said another time.

“C'mon, Mexican," she said to cast member Stephanie Hollman about Brittingham. "I thought you were all Mexican and strong, powerful.”

Brittingham was born in Mexico, and it has been a recurring storyline throughout this season of the show. When the women find themselves in Thailand's red light district, Brittingham assures the others that she grew up in Mexico and she knows about dangerous situations.

During a preview for this week's episode, producers ask Locken's fellow housewives if they believe Locken is racist. Brittingham wasn't available for an interview with the Observer until after the show's reunion airs, but she says she feels like it needs to be addressed.

The Real Housewives of Dallas filmed its reunion about a week ago. On an episode of Watch What Happens Live, Housewives executive producer Andy Cohen says Locken's remarks were addressed during the reunion.

"In next week's Dallas finale, LeeAnne is finally confronted for her vile, disgusting slurs against Mexicans," Cohen says on WWHL before showing a clip of the finale.

Love #LeeAnneLocken, but wow, she’s hit a new LOW. She keeps repeating over and over how it’s not racist, but the evidence speaks for itself. She can fuck as many mexicans as she wants, but her comments are pure trash #RHOD #realhousewives #bravo #bravot pic.twitter.com/MwHhMeVdNU

"I am deeply sorry to those that I have hurt or offended with some of my comments on Real Housewives of Dallas Season 4," the post reads. "It was never my intention to hurt anyone and I will use this as a learning experience to be more aware of my comments in the future. My commitment moving forward is to continue my working fighting for equality and acceptance of all humans."

To help us get a better understanding of whether these remarks were racist, we reached out to Gustavo Arellano, who penned the column Ask A Mexican in LA Weekly. He is now a staff writer for the Los Angeles Times.

"LeeAnne lives to seem tough and unbeatable, so it mystifies me that she has to throw in someone's Mexican heritage into her mix of faux-cojones," he writes us via email. "Sadly, she just comes off as an antiquated anti-Mexican Texan — I'm surprised she doesn't pronounce it 'Messican' or yells 'Remember Goliad!' just for the hell of it."

Jaimie Moskol Mutza is a fan of most of the Housewives franchises and has started a petition to get Locken fired from the show. As of press time, it has 55 signatures, but Mutza says she hopes Bravo fires Locken for her words.

"It's disgusting," Mutza says. "I can't believe that Bravo is even letting it air, like I don't understand. Bravo is getting worse and worse.

"I want her fired."
KEEP THE DALLAS OBSERVER FREE... Since we started the Dallas Observer, it has been defined as the free, independent voice of Dallas, and we'd like to keep it that way. With local media under siege, it's more important than ever for us to rally support behind funding our local journalism. You can help by participating in our "I Support" program, allowing us to keep offering readers access to our incisive coverage of local news, food and culture with no paywalls.
Make a one-time donation today for as little as $1.