2022 Welcomes a Hopeful, Celebratory Spring for Opera in North Texas 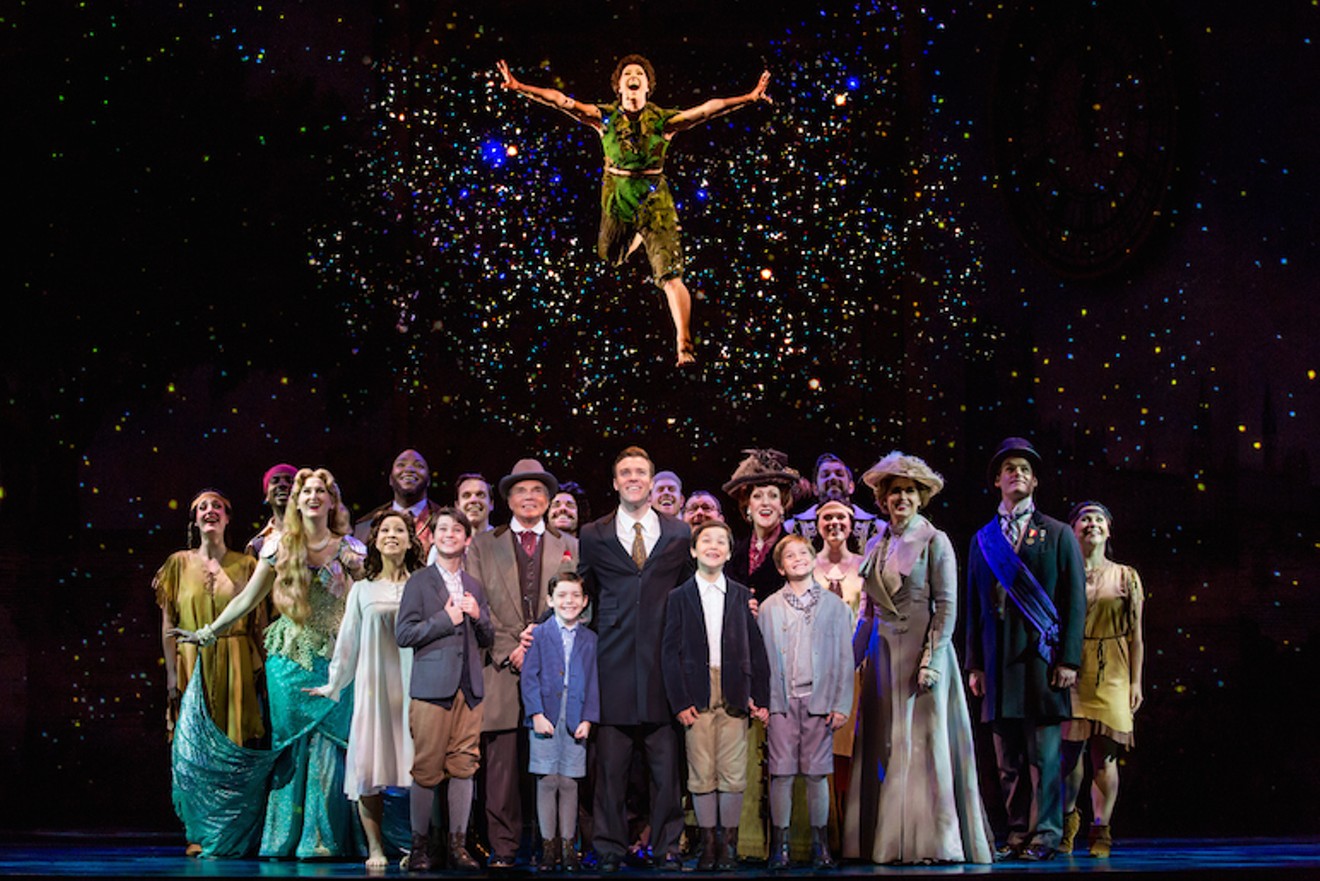 A 2017 production of Finding Neverland at the Winspear Opera House. This year, DFW has more operatic magic in stock. courtesy ATTPAC
Spurred on by the COVID shutdowns in 2020, the Fort Worth Opera and the Dallas Opera each went to work on plans to engage with their communities in new ways while providing their performers and longtime fans with opportunities to experience opera safely.

Last year, the Fort Worth Opera filled the beginning of its 75th season with concerts and productions held away from its home at the immaculate Bass Performance Hall. Partnering with a number of local arts and civic organizations on events held in the Fort Worth Botanical Gardens as well as outside of local libraries, the opera company aimed to reinforce its identity as a community resource.

In April 2021, the Dallas Opera took the concept of bringing opera to the people in an imaginative, literal way with the introduction of its OperaTruck. Presenting family-friendly, one-act operas such as Jack and the Beanstalk on an 18-wheel flatbed truck, safely distanced performances were made available to new audiences throughout North Texas. In an effort to honor those who served the community, OperaTruck also made visits to the North Texas Food Bank and to local homeless family support organization Family Gateway.

The inventive ways in which both companies kept the music going during the pandemic seems to have influenced their respective calendars through 2022. Let’s take a look at what the Fort Worth Opera and Dallas Opera have in store for this spring.

Dallas
German baritone Benjamin Appl has been a promising top international talent for the past few years now,  long enough to be fulfilling that promise. The 39-year-old’s recordings of classic works by the likes of Austrian great Franz Schubert have won critical praise in recent years. On Jan. 30, Appl will perform a recital in the Moody Performance Hall.

Fort Worth
Continuing its tradition of producing Spanish language operas, the FWO will present Zorro at the Rose Marine Theater in the Stockyards on Jan. 26-28 and a final performance on Sunday, Jan. 30 at Will Rogers Auditorium. Starring tenor Cesar Delgado and mezzo-soprano Guadalupe Paz, this production features a number of performers fans of the FWO will recognize from past productions.

Dallas
In the history of opera, few works are more well-recognized and beloved than Giacomo Puccini’s Madame Butterfly. Based on a short story of the same name, this tragic tale of a geisha wife who falls in love with an American naval officer is nothing short of timeless. Starring lyrical soprano and native Texan Latonia Moore, these performances will offer virtual “pre-opera talks” as well as “post-opera talkbacks” held from the stage before and after select performances.

Fort Worth
The FWO official website describes Women, Words and Wisdom: Songs by Black Female Composers as “a celebration of Black female composers from the 20th and 21st century.” This free-to-attend production will include local soprano Audra Scott and iconic works from trailblazers Nina Simone and Margaret Bond, among many others. On Feb. 20, women again hold center stage for another Black History Month program. The event Say It Loud: A Night of Black Excellence, Songs of a Revolution will showcase classical music, spoken word poetry, an African drum and dance group and more, all while honoring the life and work of Fort Worth’s Opal Lee, the “grandmother of Juneteenth.”

Dallas
Perhaps you’ve seen the 2004 Steven Spielberg film The Terminal, starring Tom Hanks, the rather crowd-pleasing tale of an Eastern European immigrant who lived in an airport terminal for nine months. The film is based on a true story, and that story is the basis for Flight, an English-language production composed by Jonathan Dove to a libretto by April de Angelis making its Dallas debut March 4-12. For those seeking a more traditional, classic opera experience, later in March, ol’ Figaro himself will bring The Barber of Seville and its instantly recognizable tunes to the Winspear for four performances beginning on March 19.

Dallas
French librettists Eugene Corman and Michael Carre knew a universal storyline when they saw one way back in the 1860s. Two close friends risking their manly friendship while vying for the love of a woman is a time-honored scenario and is the foundational struggle for composer Georges Bizet’s The Pearl Fishers. This romantic, colorful production runs April 2-10 at the Winspear Opera House.

Fort Worth
A take on Giuseppe Verdi’s La Traviata served as the very first FWO production back in 1946 at the Will Rogers Auditorium. On April 22 and 24 at Bass Performance Hall, a special presentation of the storied opera will feature the Fort Worth Symphony Orchestra performing as well. This offering will be set in modern-day Paris, a more appropriate scenario for a production celebrating the FWO’s past while also continuing its march into a new, more accessible future.
KEEP THE DALLAS OBSERVER FREE... Since we started the Dallas Observer, it has been defined as the free, independent voice of Dallas, and we'd like to keep it that way. With local media under siege, it's more important than ever for us to rally support behind funding our local journalism. You can help by participating in our "I Support" program, allowing us to keep offering readers access to our incisive coverage of local news, food and culture with no paywalls.
Make a one-time donation today for as little as $1.
Kelly Dearmore