Dallas Cowboys Cheerleaders Will Have Training Camp in a "Bubble" 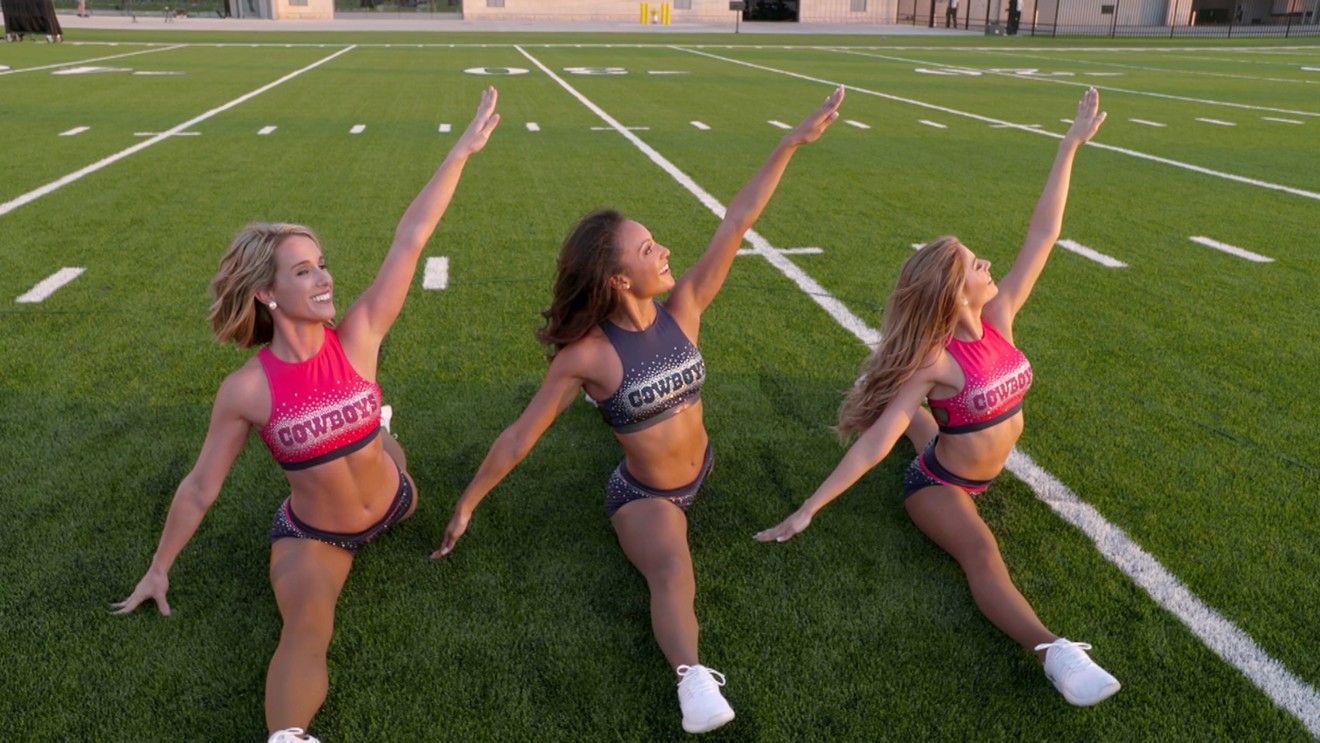 Kelli Finglass, the Dallas Cowboys Cheerleaders director, sent a fan a Cameo a few days ago that gave a bit of insight to this year's training camp. (Cameo is an online site where fans can request personalized videos from different celebrities. Finglass charges $119 for a Cameo from her.) In the Cameo, Finglass says the cheerleaders will be in a "bubble" because of the spread of COVID-19 in Texas.

"I am about five days away from checking into our bubble," Finglass says in the video, "which is where we're going to be holding training camp this year and preparing for a very interesting NFL season while we are doing all of this in a pandemic. So right now we have 50 ladies, 29 veteran candidates and 21 rookie candidates that are all coming to training camp in a bubble that will be safely quarantined and actually sequestered together while we make our team."

It's unclear what or where the "bubble" is. The Dallas Cowboys did not respond to multiple requests for information. Each year, the Dallas Cowboys Cheerleaders host auditions in May, narrowing the pool of hundreds of women to roughly 45. From there, the women enter training camp, a weeks-long process where they learn dozens of routines and go through extensive training, including media training and makeovers. DCC's directors eliminate women as they go until there are typically 36 left who make up the final squad that performs at each Cowboys home game. The process has been shown on CMT's reality show Dallas Cowboys Cheerleaders: Making The Team for the past 14 years.

Auditions were virtual this year because of the outbreak of COVID-19. Texas reported 8,342 new cases of COVID-19 on July 28, according to Texas Health and Human Services. Instead of traveling to Oxnard, California, the football team is staying in Texas for its training camp. The NFL season is expected to start Sept. 10. Football players can opt out. Players will be paid $350,000 for medical opt-outs and $150,000 for voluntary opt-outs, according to NFL.com. Cowboys cornerback Maurice Canady and undrafted rookie wide receiver Stephen Guidry have opted out. No word on whether the cheerleaders are given the same option.

In another Cameo video, Finglass says they hope to shoot the 15th season of their CMT reality show and she and the Cowboys are working closely with "protocol health officers" to have a "safe and healthy training camp."

"We are trying to keep our TV show and squad up and running this season," she says.

"Things change by the day," Finglass says in a Cameo video. "Actually, things change by the hour."
KEEP THE DALLAS OBSERVER FREE... Since we started the Dallas Observer, it has been defined as the free, independent voice of Dallas, and we'd like to keep it that way. With local media under siege, it's more important than ever for us to rally support behind funding our local journalism. You can help by participating in our "I Support" program, allowing us to keep offering readers access to our incisive coverage of local news, food and culture with no paywalls.
Make a one-time donation today for as little as $1.