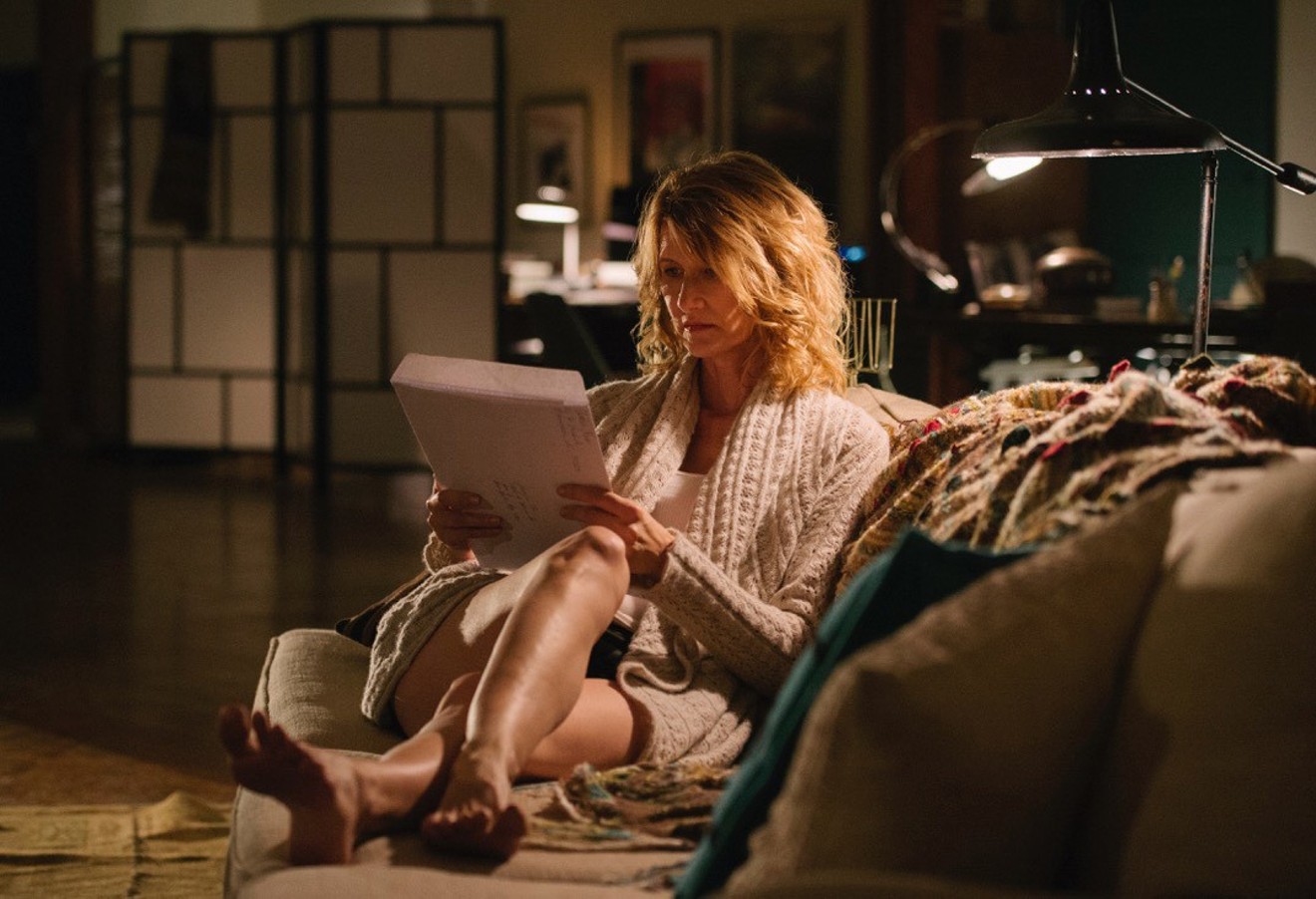 Laura Dern plays Jennifer Fox, the writer-director of HBO's harrowing autobiographical film The Tale, which is a powerful and clear-eyed examination of sexual abuse and the shifting sands of one’s own memories. Courtesy of HBO

The Tale is available on HBO.


In the opening scene of her harrowing autobiographical film The Tale, writer-director Jennifer Fox frames Laura Dern in close-up riding in the back of a car, idly gazing out the window. Then the car comes to a stop and Dern slips headphones onto her ears and picks up a camera. It’s a subtle yet bold opening statement: The woman you thought was a passive subject is in fact an active storyteller.

In The Tale, which premiered on HBO on May 26, Dern plays Jennifer Fox herself, a documentary filmmaker on assignment, at the story’s start, in India. The Tale is a powerful and clear-eyed examination of sexual abuse and the shifting sands of one’s own memories. Jennifer’s mother, Nettie (Ellen Burstyn), discovers a short story that Jennifer wrote at age 13, about a much older boyfriend. Nettie starts leaving concerned messages for Jennifer, now 48 and engaged to a fellow filmmaker (Common). Jennifer initially dismisses her mother’s alarm. “Can you just let me sit with my own memories?” Nettie pleads. Those memories arrive like lightning, in brief but potent flashes: a woman in a red bikini, a man running through the woods, her own young self, smiling atop a horse.

Slowly, these puzzle pieces begin to connect, as Jennifer revisits the summer when she was 13 and attended a horseback-riding camp where she grew close to her instructor, Mrs. G (Elizabeth Debicki), and running coach, Bill (Jason Ritter). As her memories unspool, Jennifer is forced to confront the reality of her relationship with Bill, whom she always considered her first boyfriend — she’s always shrugged it off with the thought, Hey, it was the ‘70s! But reading through old letters and visiting friends who attended the camp with her, Jennifer realizes just how much she has repressed.

In The Tale, both repression and revelation take the form of stories — the stories we tell ourselves and the sometimes irreconcilable stories other people tell about us.

In The Tale, both repression and revelation take the form of stories — the stories we tell ourselves and the sometimes irreconcilable stories other people tell about us. It’s not always so easy to separate the two. Fox manifests these ideas by having the character Jennifer speak to the people in her past — including her own younger self — as if interviewing them for a documentary. “Why are you telling this story, Jenny?” Dern’s Jennifer asks herself, in voice-over. Her younger self, played by Isabelle Nelisse, replies, to the camera, that she always wanted to have a story to tell, “but nothing ever happened to me before.”

This gently interrogative approach to a delicate subject proves extremely effective. Jennifer’s epiphany and the facts at the heart of The Tale, arrive in drips, replicating the experience of memories that come not flooding but trickling out. Dern is, unsurprisingly, excellent in her portrayal of profound, existential confusion; at first, her Jennifer is defensive, then angry, pushing away her fiance. As she tentatively begins to reckon with the truth, she becomes consumed with finding out what exactly happened between her, Bill and Mrs. G, who was having an extramarital affair with Bill. “Bill is an excellent coach,” Mrs. G tells the girls at riding camp in an ominous flashback. “He will teach you to go beyond the complaints of your bodies.”

The Tale’s great achievement is to depict the sexual abuse of a minor in a way that feels both unflinching and non-exploitative. Such stories often fail to escape the Lolita effect — Vladimir Nabokov’s novel and subsequent film treatments, told from the point of view of the adult abuser, have become a kind of cultural cliche, the title a shorthand for a temptingly nubile young girl. But there is no hint of prurience to The Tale, no suggestion that young Jenny may have been “asking for it.” One of the film’s most powerful moments comes early on, when Jennifer, flipping through an old photo album, lands on a picture of herself at age 13. Her mother corrects her — that’s you at 15; here you are at 13. The difference is striking. “I was so little,” Jennifer says. The actor who played young Jenny in early flashback scenes (Jessica Sarah Flaum) is suddenly switched out for an even younger actor who looks like she has yet to hit puberty. The effect is bracing: Girls are taught at such a young age to regard themselves as sexual beings; when we look back at our young selves, the reality smacks us like a sharp wind. My God, we were just children.

Jennifer struggles to come to terms with what happened to her in large part because she refuses to see herself as a victim; even as a 13-year-old, she wanted to believe she was fully in control of her life and her body. The truth — that Jenny was groomed and manipulated by two grown adults — is so much harder to bear.

Survivors of childhood sexual abuse will likely find The Tale a difficult watch. But it’s damn near necessary viewing in this age of collective trauma unveiled. The film plays like the MeToo moment writ large, an undaunted confrontation with an all-too-common experience. I kept thinking of Roman Polanski — 13 — and our culture’s countdown clock to the moment a young starlet becomes legally fuckable. It was the ’70s! It was the ’80s! It was the ’90s! It was never OK. The difference is, now we’re talking about it.
KEEP THE DALLAS OBSERVER FREE... Since we started the Dallas Observer, it has been defined as the free, independent voice of Dallas, and we'd like to keep it that way. With local media under siege, it's more important than ever for us to rally support behind funding our local journalism. You can help by participating in our "I Support" program, allowing us to keep offering readers access to our incisive coverage of local news, food and culture with no paywalls.
Make a one-time donation today for as little as $1.
Lara Zarum is a regular film contributor at Voice Media Group. VMG publications include Denver Westword, Miami New Times, Phoenix New Times, Dallas Observer, Houston Press and New Times Broward-Palm Beach.