Do the Side Hustle: Musicians Get Creative to Survive Pandemic Unemployment 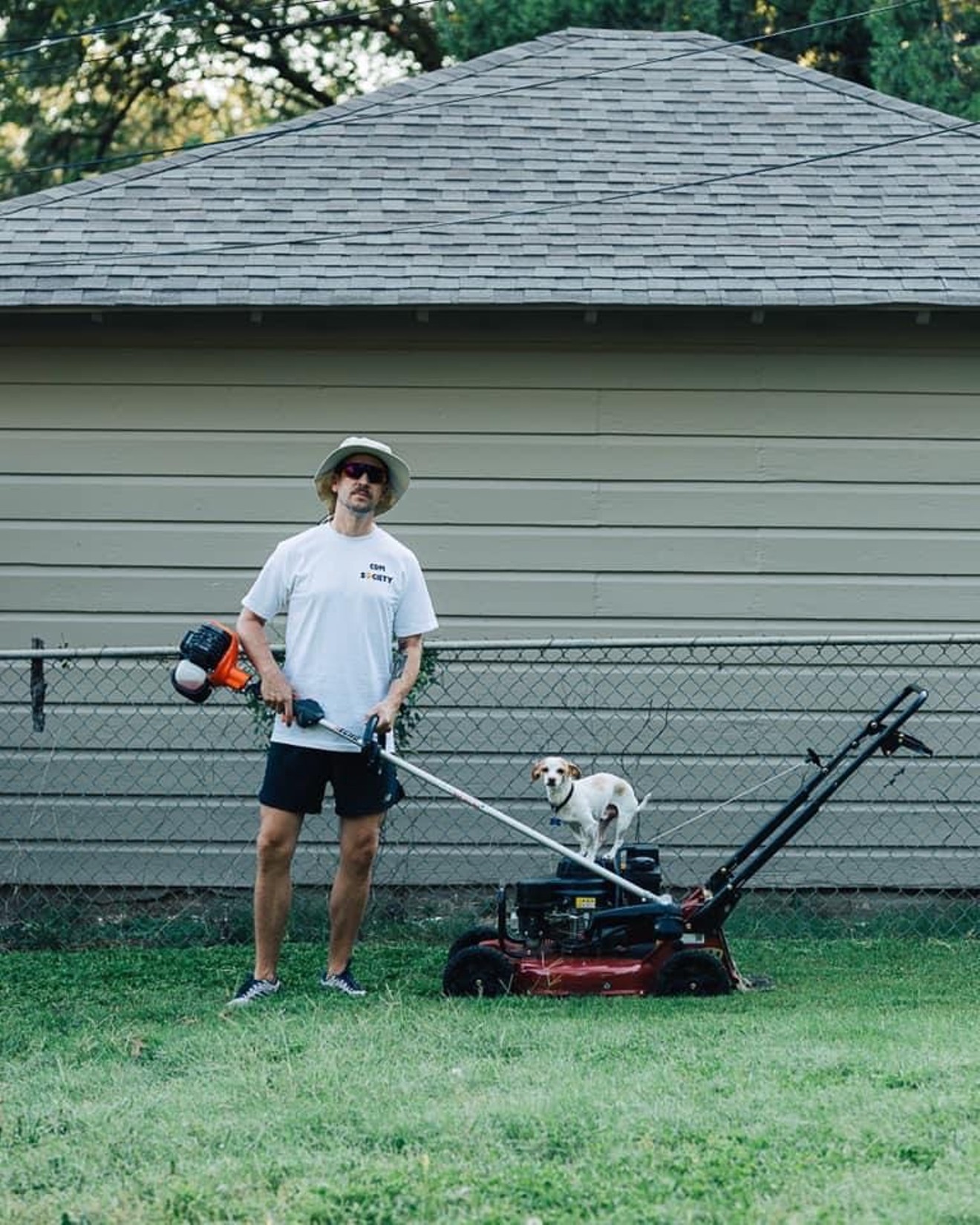 DJ Sober opened a lawn service company with his business partner Herby. Roger Gallegos
At the beginning of 2020, artists and entertainers planned their gigging calendar for the year. We know what happened next. The pandemic-sized cancellations and venue shutdowns left artists who rely solely on performing for income wondering where their next meal would come from.

In the early stages of COVID, Federal Pandemic Unemployment Compensation provided an extra $600 per week on top of regular unemployment benefits for those who were without work. The extra $600 benefit ended on July 25, forcing musicians to come up with creative ways to make extra money.

As one of the most successful DJs in Dallas, DJ Sober misses spinning to crowds in his regular venues, which include Double Wide and Ruins. While he has been streaming live sets from home, with dance parties that often include his roommate Sudie, playing to a virtual crowd just doesn't compare to the joy of watching a packed house dancing along.

“My job as a DJ is pretty much nonexistent,” Sober says. “Although livestreaming is an option, it's just not the same as feeding off the energy of a room and having real human interaction. It's also not a realistic way to survive.”

This month, Sober launched a lawn care service called Herby’s Lawn Care, named after his dog. He offers basic services such as mowing, edging and cleanup, with the goal of making each lawn look “crispy.”

Sober takes clients needing residential and business lawn services by appointment via Facebook Messenger, but for those who don’t have a lawn and still want to support the business, Herby’s also has some stylish merch.

Sober says COVID-19 has been “a roller coaster” for him. Sometimes he doesn’t feel motivated to create; other days, he feels bursts of creative energy. But like all of the industry, he looks forward to stages reopening. 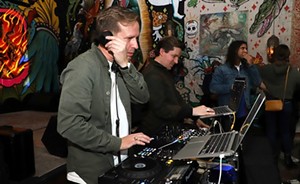 “No one really knows how long all of this will last,” the DJ says, “so I wanted to prepare myself for the worst and figure out something sustainable I could do to pay my bills. It's also a job where I don't have to put myself or others at risk. I can communicate with my clients via text and handle billing and invoicing digitally. I figured if I build up my clientele now, I will be in full swing come spring.”

Also feeling the effects of unemployment is singer and guitarist Michael Witt. Witt was set to release an EP this year and had four release shows planned. He put these plans on hold indefinitely.

Witt first moved to Dallas in July 2019. He says it wasn’t until this January that he managed to find himself in the circles he had been trying to get into. COVID initially left him feeling defeated.

“As every independent musician knows, the booking process was a pain in the ass,” Witt says. “It can be hard to juggle 15 different schedules when you're trying to get shows booked. So it was a disappointment to get multiple shows locked in only to have the rug pulled out from under me.

"But I just have to remind myself that I am not alone in this struggle. Plenty of other musicians have experienced the exact same thing. And as shitty as it is that we all have to deal with this, it does help to at least know that there are other humans who feel me.”

Witt has been delivering food to make extra cash. He hasn't been receiving unemployment benefits during this time because he wasn’t aware that he qualified for the extra $600 until after it had run out.

While his fellow musicians took to livestreaming and virtual concerts to provide entertainment to fans, Witt felt this would be an ineffective strategy, as he would be competing with artists who are “more established." Instead, he began making TikTok videos with quick guitar tutorials and tips for musicians. He has since pulled in over 17,000 followers.

“You know, there are necessary criticisms of TikTok's business practices, as there are with every tech giant we allow to lord over our lives,” Witt says, “but I think TikTok has a lot of positives. The platform makes it incredibly easy for creatives to find new audiences. Every time you post a video to TikTok, the algorithm puts you in front of new eyes. The platform is rich and fertile soil for growth, as I myself have seen. ... Instagram just doesn't have the same explosive growth potential.”

Before venue shutdowns began, Fort Worth-based singer Jessi England had just finished recording her debut EP. She was in the process of rounding up instrumentalists for full band shows and booking performance dates. Once venue shutdowns began taking place, England lost her momentum to build.

England is also a service industry worker and, as a result of COVID, lost her job in the hospitality industry on top of losing her gigs. When she finished recording her EP, she had used the last of her savings to pay for mastering, graphic design and merch.

“It was a very bittersweet moment,” England says. “I was so proud of what everyone I collaborated with and I had done, and yet had no way to really show it off.”

While restaurants were shut down, England collected unemployment benefits for two months, but whenever the restaurant she worked in opened back up, she immediately returned to work.

During this time, England encourages artists who are having trouble with mental health to reach out to friends and to look out for other musicians. She also says musicians should enjoy the quiet moments in isolation and not feel pressured to remain productive.

“Cut yourselves some fucking slack,” England says. “I spent so much time disappointed that I wasn’t creating or writing anything good when the shutdown started. As if I didn’t have enough stress on my plate with the economy and the pandemic, now I was hyper-phobic that I wasn’t trying hard enough to put out new material or play enough virtual shows. Give yourself a pass. Grace goes such a long way.”

Carley du Menil-Martinez
KEEP THE DALLAS OBSERVER FREE... Since we started the Dallas Observer, it has been defined as the free, independent voice of Dallas, and we'd like to keep it that way. With local media under siege, it's more important than ever for us to rally support behind funding our local journalism. You can help by participating in our "I Support" program, allowing us to keep offering readers access to our incisive coverage of local news, food and culture with no paywalls.
Make a one-time donation today for as little as $1.