How Bobby Sessions Manifested a Career as a Grammy Winning Artist Dallas hip-hop artist Bobby Sessions says his new album is the best of 2021, and he's been right before. Kathy Tran
In 2016, Dallas rapper Bobby Sessions earned a Dallas Observer Music Award nomination for Best Album for LOA (Law of Attraction), which contains an image of a Grammy on the cover along with phrases such as “Manifest everything” and “What you think, you become.” Sure enough, the law of attraction worked in his favor, even if a DOMA isn't quite a Grammy.

But he'd get there. This past March, Sessions earned his first Grammy award for Best Rap Song for Megan Thee Stallion and Beyoncé’s “Savage,” which he had a hand in co-writing. Though Sessions was not at the award ceremony, he celebrated his win with his family and later drank Luc Belaire Rose out of his award.

“I had always dreamed of drinking out of a Grammy,” Sessions says. “It was a very cool moment and has me motivated to win more.”

On his new album, Manifest, his first since signing to Def Jam, he is manifesting more wins, more success and a legacy of excellence.

Sessions’ penchant for competition began when he was a teenager. In school, he would freestyle in class and in the locker room before football practice. He combined his appetite for competition and creative wordplay and used it to become a driving force in music, both behind the scenes and in front of the mic. Some of the fondest memories of Sessions’ early career beginnings include performing at venues throughout Deep Ellum, though, he remembers, the money didn’t immediately pour in.

“I thought things were supposed to blossom in my career early on, and I found out that that wasn't the case,” Sessions says. “I spent years performing in and around Deep Ellum not making any money, wondering ‘When is this going to happen? When is something going to break through?’ But I continued to power through that struggle.”

While many in Dallas have witnessed Sessions put in the work needed to get where he is now through performances and gigs at small venues, Sessions says that making Manifest was an effortless process. He recorded the album in 10 days and says he “didn’t spend more than an hour” putting together a single one of the album’s 12 tracks.

Manifest explores Sessions’ ambitions for the future. Through the tracks, the rapper touches on mental health, self-reflection and positive affirmations. In multiple tweets leading up to the album’s release, Sessions emphasized that the album will be “the best of 2021.”

When recording the album, Sessions knew he had to be in a space that would cultivate creative energy. He chose Studio A of the iconic Westlake Recording Studios, where Michael Jackson recorded his Thriller record.

“A lot of great albums were made in this one particular room,” Sessions says, “and we wanted to make one of the greatest debut albums of all time. I didn’t walk in with any prewritten material. Everything was made from scratch ... we had these ghosts of greatness that float around in that room, and we were able to collaborate with those ghosts and make a great album.”

Sessions says he is “not a religious person, but definitely a spiritual person.” Channeling the ghosts of G.O.A.T.s past on a guitar-infused, drum-driven track from the album “Celebration of Your Higher Self,” Sessions reminds us that he’s “not influenced by these students of thought” and he’s “walking to the beat of his own drum, and it’s a high hat.” He opens up about his struggles with his anxiety and depression, which he says he’s learned to combat through meditation, self-discipline and positive affirmation.

Sessions defines one’s higher self as their “full potential realized into physical reality.” When recording Manifest, he says he allowed the creativity to flow through him, and he treated the project as an experiment in letting go.

“If I was trying to force greatness, I would’ve been in the studio for 10 days and been lucky if I came back with one song,” Sessions says.

Sessions’ favorite song on the album is “Cog in the Machine,” which serves as the album’s lead single. The song contains a sample of “Sooner or Later” by N.E.R.D., which he credits for changing the way he imagines music. From the first time he heard “Sooner or Later” in 2008, he knew he wanted to rap over a sample of the track.

“It's kind of like the soundtrack to my personal journey,” Sessions says of the song, “of leaving my job with basically no money to do music full time and taking a leap of faith.”

“I spent years performing in and around Deep Ellum not making any money, wondering ‘When is this going to happen? When is something going to break through?’ But I continued to power through that struggle.” – Bobby Sessions


On the album’s opening track, “Penthouse Prayers,” Sessions manifests a life of wealth for himself. Like the use of the N.E.R.D. sample, the Rick Ross-assisted “Penthouse Prayers” is another manifestation that began back in 2008, when Sessions purchased Ross’ Trilla album — the first he ever bought with his own money.

When producer J Scales presented Sessions with the instrumental for “Penthouse Prayers,” Sessions went to a whiteboard and wrote potential concepts for the song. He also wrote a list of potential guests for the track, and Ross was at the top of his list.

“We were talking about how the album needs to feel,” Sessions says of Ross. “I wanted a luxurious song that sounded like someone manifested this lifestyle.”

Having struggled with depression and anxiety for much of his life, Sessions says he’s learned to rewire his brain in recent years in order to combat negative thoughts. Although Manifest was produced and recorded quickly, Sessions says his current modus operandi in life, manifestation, is one that will stick with him forever.

“I began to slow everything down,” Sessions says. "And as I began to slow down, I would then inject a lot of positive affirmations. 'I am strong, I'm powerful, I'm brilliant, I'm creative, I am in control.' I started saying these things to the point that my brain was hearing my own voice say more positive things than negative things. And the repetition of that has changed and reshaped my mind, body and spirit over time.” 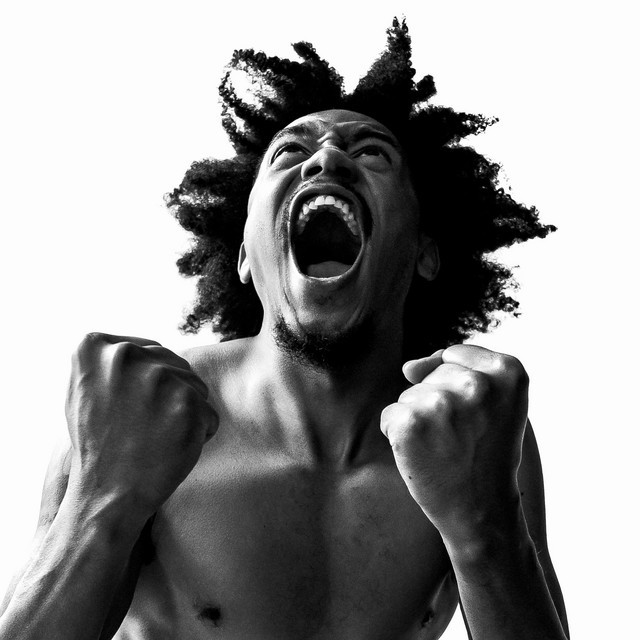 The album art for Bobby Sessions' new album, Manifest.
courtesy Def Jam Records
KEEP THE DALLAS OBSERVER FREE... Since we started the Dallas Observer, it has been defined as the free, independent voice of Dallas, and we'd like to keep it that way. With local media under siege, it's more important than ever for us to rally support behind funding our local journalism. You can help by participating in our "I Support" program, allowing us to keep offering readers access to our incisive coverage of local news, food and culture with no paywalls.
Make a one-time donation today for as little as $1.